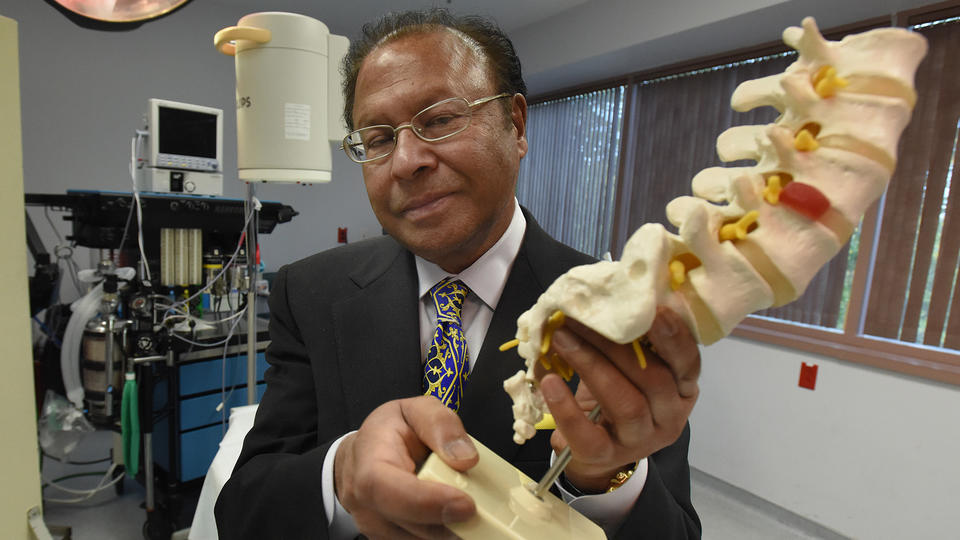 Hundreds of opioid addicts are being treated with medical marijuana in Massachusetts, with advocates touting the new therapy as a life-changing alternative to a deadly epidemic — and facing down critics who contend they are peddling junk science.

“We have a statewide epidemic of opioid deaths,” said Dr. Gary Witman of Canna Care Docs, a network of facilities that issue medicinal marijuana cards in seven states, including nine clinics in Massachusetts. “As soon as we can get people off opioids to a nonaddicting substance — and medicinal marijuana is nonaddicting — I think it would dramatically impact the amount of opioid deaths.”

Witman, who works out of a Fall River Canna Care clinic, says he has treated about 80 patients who were addicted to opioids, muscle relaxers or anti-anxiety medication with cannabis using a one-month tapering program. More than 75 percent of those patients stopped taking the harder drugs, Witman said.

Cannabis, Witman said, can treat the symptoms patients had been using opioids to manage, such as chronic pain or anxiety — and treat them far more safely.

Dr. Harold Altvater of Delta 9 Medical Consulting in Malden says he has also seen success with medical marijuana as a substitution therapy.

“You are basically taking something that can be very harmful for an individual, and substituting with another chemical, just like you would any other drug, that has a wider safety margin,” he said. “So if the goal is to decrease the body count … the goal would be to get them on to a chemical that was safer.”

“What we are seeing is that, in follow-up visits, patients have decreased and even eliminated their opioids,” said Dr. Uma Dhanabalan of Uplifting Health and Wellness in Natick, adding marijuana works far better than other substitutes. “It’s a problem when we are replacing one synthetic opioid with another synthetic opioid because, guess what … synthetic opioids kill, cannabis does not.”

On a neurological level, medical marijuana works on what is known as the “endocannabinoid system” and binds to neurological receptors involved in appetite, pain sensation, mood and memory. Opioids work on a different, similar system — but less effectively, Witman said.

“Endocannabinoids are even more powerful and the therapeutic benefits are even better,” he said.

Other doctors say the process is not as simple as substituting cannabis for opioids. Dr. Anil Kumar of Advanced Pain Management Center in Stoneham is wary of the idea of giving medical marijuana to opioid addicts without extensive follow-ups.

“It might be an exit drug for some, or an entry drug for others,” he said. “If you don’t have a way of monitoring this patient who is saying ‘give me marijuana and I will stop taking narcotics,’ they may do both.”

Joanne Peterson — founder of Learn to Cope, a network of 20 support groups for addicts and their families — calls the idea of using medical marijuana as a safer substitute for opioids “total (expletive).”

“I am not a doctor, but coming from someone who is on the front lines with people we are burying every week, adding another drug into the mix is probably a bad idea,” she said. “They are already a zombie on the opiates, do they have to be a zombie on pot?”

The Massachusetts Department of Public Health has no official position on using medicinal marijuana as an alternative for opioids.

“DPH is committed to effectively administering the medical marijuana program in order to best serve patients safely and continues to work with the administration and stakeholders on developing strategies to curb the opioid epidemic in the commonwealth,” DPH spokesman Scott Zoback told the Herald, declining to comment further.

Patients who have had success with the treatment sing its praises.

Howard Bart, a patient at Dhanabalan’s clinic, knew very little about medicinal marijuana before his wife researched the topic online. He says it has been a life-changer for him:

After four back surgeries, he had been on various painkillers for more than 20 years — until he started taking cannabis this year. He has not had a pill in seven weeks.

“The marijuana saved my bacon from discomfort and pain every time,” he said. “My doctor told me it has something to do with receptors. All I know is, it works.”