In this post from Anonymous Headquarters, Vandita reports that there are evidences that cannabis therapy is saving lives and that peer-reviewed studies and major government reports combine to prove that medical marijuana is safe and effective in treating many serious ailments.

In 2012, Sierra Riddle stopped her 2-year-old son Landon’s chemotherapy and decided to treat his aggressive T-Cell Acute Lymphoblastic Leukaemia with cannabis. Her son is now cancer-free.

Landon’s impressive turnaround is not an isolated case.

24-year-old Kristina Marie was diagnosed with a brain tumor and doctors had given up on her cancer. She decided to reject chemotherapy and treat herself with Rick Simpson’s hemp oil instead. After three MRI’s her tumors shrunk considerably.

In 2005, 30-year-old Stephanie LaRue was diagnosed with Stage 4 Metastatic Breast Cancer. She underwent six rounds of chemotherapy and then a mastectomy. With a specially formulated cannabis treatment, she healed a third cancer recurrence of multiple tumors in multiple locations.

Mykala had T-cell acute lymphoblastic leukaemia, a very rare and aggressive form of childhood leukaemia. In July 2012, doctors discovered a basketball-sized mass of lymphoblasts in her chest with 51% lymphoblast count. Thanks to the cannabis treatment, July 30 was the last time doctors found lymphoblasts in Mykayla’s blood smear.

An Australian woman in her mid-50s in 2014 posted a YouTube video explaining how she eliminated her stage IV lung cancer with cannabis after being given only six months to survive.

These are not testimonials; these are evidences that cannabis therapy is saving lives; medical marijuana is being used to relieve pain from headaches, diseases like cancer, and long-term conditions like glaucoma or nerve pain. Doctors are prescribing medical marijuana to treat muscle spasms caused by multiple sclerosis, nausea from cancer chemotherapy, poor appetite and weight loss caused by chronic illness, seizure disorders and Crohn’s disease. 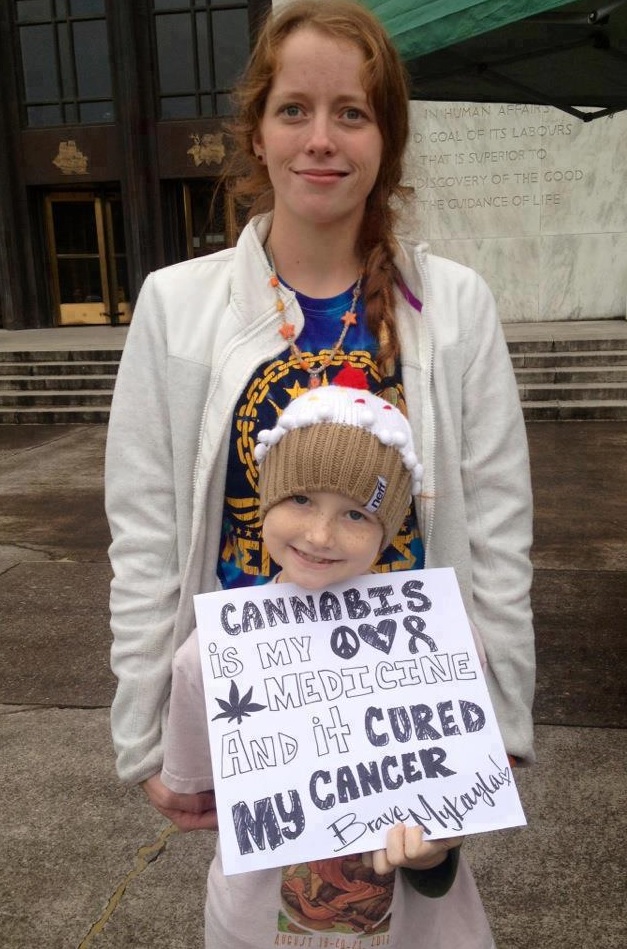 How does medical marijuana help in treating patients?

Cannabinoids are chemicals related to delta-9-tetrahydrocannabinol (THC), marijuana’s main mind-altering ingredient. Cannabinoids play a role in immune system generation and re-generation and have been proven to reduce cancer cells. Therefore it is not surprising that more and more patients are seeing success in cancer reduction in a short period of time by using cannabis.

Currently, the two main cannabinoids from the marijuana plant that are of interest for medical treatment are THC and cannabidiol (CBD). Scientists have been growing marijuana plants and making CBD in oil form for treatment purposes; these drugs are not intoxicating.

The FDA has approved THC, a key ingredient in marijuana, to treat nausea and improve appetite –the two FDA-approved marijuana drugs are dronabinol and nabilone. The United Kingdom, Canada, and several European countries have approved nabiximols, a mouth spray containing THC and CBD, to treat muscle control problems caused by multiple sclerosis. The United States is conducting clinical trials for its safe use in treating cancer pain.

Recent animal studies have shown that marijuana extracts help kill certain cancer cells and reduce the size of others; research in mice showed that treatment with purified extracts of THC and CBD, when used with radiation, increased the cancer-killing effects of the radiation.

Should Marijuana be a medical option?

Marijuana is classified as a Schedule I drug by the Drug Enforcement Administration because it is considered to have “no medicinal value” to the public. However, 23 states and the District of Columbia have passed legislation governing the drug’s use for medical purposes – with more states legalizing medical cannabis each year, the substance is increasingly being used to help treat ailments. Recently, the US federal government has admitted that marijuana may serve as a useful treatment for brain tumors. 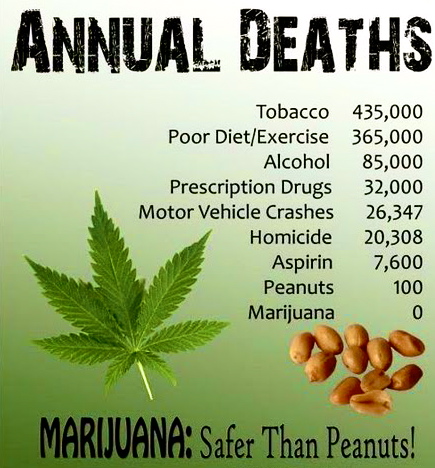 There are dozens of peer-reviewed studies, prominent medical organizations, major government reports, and the the fact that marijuana has been used as a medicine throughout world history, which all combine to prove that marijuana is safe and effective in treating many serious ailments.

Cannabis has been used for medicinal purposes for approximately 4,000 years. The ancient Egyptians used cannabis in suppositories for relieving the pain of hemorrhoids. The ancient Greeks used cannabis to dress wounds and sores on their horses, and in humans, dried leaves of cannabis were used to treat nose bleeds. In the medieval Islamic world, Arabic physicians made use of the diuretic, antiemetic, antiepileptic, anti-inflammatory, analgesic and antipyretic properties of Cannabis sativa and used it extensively as medication from the 8th to 18th centuries.

Marijuana is addictive and leads to harder drug use… but only when it is smoked – Cannabis is effective for medicinal purposes when patients eat/drink it.

via Cannabis Cures Diseases, Eases Pain: Here’s Why Medical Marijuana Should Be Made Legal AnonHQ.