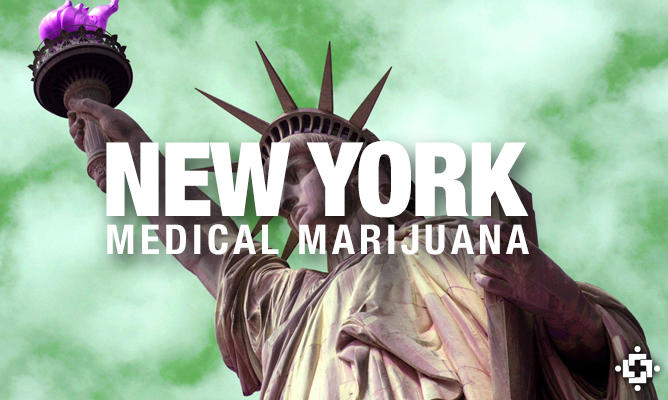 A competitive bidding process saw the coveted medical marijuana license being awarded to 5 marijuana producers, out of 43 contenders, by the New York State Department of Health. This post from Hemp News highlights the run up to the announcement and the names of the license winners:

The announcement came after a competitive bidding process through which 43 industry groups contended for the five licenses. Each producer is restricted to opening only four dispensaries each, they will only be allowed to produce five strains or brands of medical marijuana, and all products must be in pill, oil or tincture form. The price of the medicine will be set by the Commissioner of Health.

DOH has said that New York’s medical marijuana program will be fully operational by January 2016. Before the program can become operational, the state must also create a system for registering doctors and patients.

Since July 2014, advocates have been fighting for an emergency access program to get medicine to the critically ill sooner than the January 2016 deadline. But despite a year of advocacy and passing an emergency access bill in both the Senate and Assembly, to date, not one patient in New York has received medical marijuana.

“The announcement of the five producers is an important milestone in the implementation of New York’s medical marijuana program, but the state still has a long way to go before medicine gets to the patients who so desperately need it, and our concerns with the program’s limitations still stand,” said Julie Netherland, PhD, a deputy state director at the Drug Policy Alliance (DPA). “We hope that the selected companies have the experience, integrity, and focus on patient welfare that New Yorkers deserve.

“In the coming weeks, we will be taking a closer look at the companies to learn what we can about them,” said Netherland, who also helps staff Compassionate Care NY, a grassroots coalition representing thousands of patients, families, and providers and dozens of organizations. “And over the long term, we’ll be working to insure they are held to the highest standards of corporate integrity and patient care.

“The distribution of dispensaries around the state remains a major concern,” Netherland said. “Given the current proposed sites, there are huge areas of the state where patients will have to travel enormous distances to get medicine. This is especially problematic given that many medical marijuana patients are sick and disabled and low income.

“We are looking forward to working with the selected producers to address some of the most serious issues with New York’s medical marijuana program, such as access for low income patients, geographical access across the state, access to whole plant medicine, the number of covered conditions, and creating a diverse and equitable industry,” Netherland said.