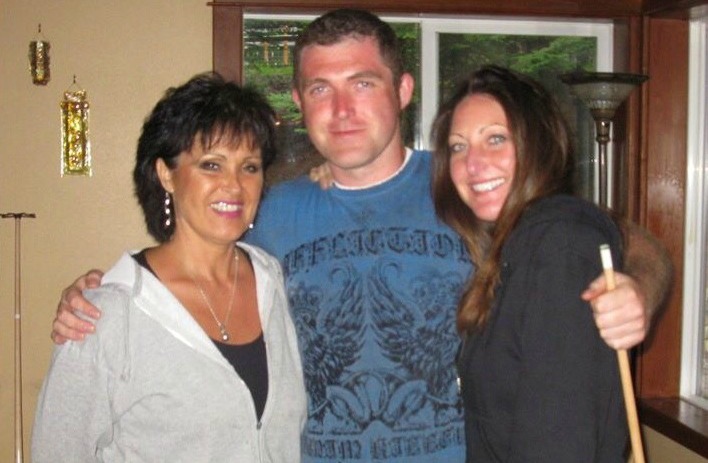 In this article from Forbes, Jacob Sullum reports that in a state where marijuana is legal, three medical marijuana patients await sentencing for openly growing marijuana.

During their trial at the federal courthouse in Spokane last March, Rhonda Firestack-Harvey and her two fellow defendants—her son, Rolland Gregg, and his wife, Michelle Gregg—were not allowed to explain why they were openly growing marijuana on a plot in rural northeastern Washington marked by a big green cross that was visible from the air. According to a pretrial ruling, it was irrelevant that they were using marijuana for medical purposes, as permitted by state law, since federal law recognizes no legitimate use for the plant. But now that Firestack-Harvey and the Greggs have been convicted, they are free to talk about their motivation, and it might even make a difference when they are sentenced next Thursday.

Federal drug agents raided the marijuana garden, which was located outside Firestack-Harvey’s home near Kettle Falls, in 2012. In addition to the three defendants who are scheduled to be sentenced next week, the U.S. Attorney’s Office for the Eastern District of Washington charged Firestack-Harvey’s husband, Larry Harvey, and a family friend, Jason Zucker. Dubbed the Kettle Falls Five, all had doctor’s letters recommending marijuana for treatment of various conditions, including gout, anorexia, rheumatoid arthritis, degenerative disc disease, and chronic pain from a broken back. Last February prosecutors dropped the charges against Harvey because he has terminal cancer. Zucker, who had a prior marijuana conviction, pleaded guilty just before the trial and agreed to testify against the other defendants in exchange for a 16-month sentence, which was much shorter than the 15-year term he could have received in light of his criminal history.

Although no one was supposed to talk about medical marijuana during the trial, the prosecution kept stumbling onto that taboo subject, because it was clearly relevant to the question of where all the pot went, which was central to the case. Even with Zucker’s help, prosecutors had no direct evidence of distribution. They were therefore forced to argue that the defendants must have been selling marijuana because they were growing too much for their own personal consumption.

The government counted 74 plants. According to the defense, the feds double-counted some plants with two stalks emerging from the same root structure. The defendants’ lawyers say the correct number is 68. Either way, the total was below Washington’s presumptive limit of 15 plants per patient. Testifying for the defense, Jeremy Kaufman, a cannabis consultant, said the number of plants found on the Harveys’ property did not seem excessive, especially since only a small part of each plant is usable and may be consumed in the form of extracts, edibles, and juice. Kaufman mentioned that he himself grows 150 plants for his own use. On cross-examination, Assistant U.S. Attorney Earl Hicks asked how on earth Kaufman managed to consume that much cannabis, and Kaufman explained that he used it to relieve the symptoms of several medical conditions.

Whoops. Meghan Ridley, who covered the trial for Dope magazine, noted that Hicks “was forced to stumble and retract questioning on numerous occasions during the cross and reexaminations” of Kaufman. “It was humorous to see the prosecutor having to cut himself off and not ask the obvious questions,” recalls Phil Telfeyan, Rolland Gregg’s lawyer.

Still, the defendants’ motivation for growing marijuana was hardly a secret. Not only did Hicks inadvertently elicit testimony about medical use, but several jurors said during voir dire that they had read press reports about the case, all of which mentioned that the defendants had doctor’s recommendations. When a friend of Rolland Gregg’s who testified for the defense mentioned that both of them had broken their backs, Hicks objected, which prompted U.S. District Judge Thomas Rice to agree, in front of the jurors, that “none of the medical issues” should be discussed. Finally, a visibly ailing Larry Harvey was in the courtroom for much of the trial. 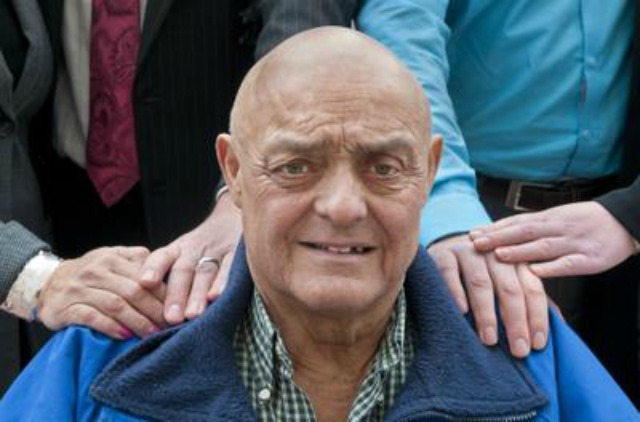 In the end, after hearing testimony for five days and deliberating for one, the jurors acquitted the defendants of almost all the charges against them, which could have sent them to prison for 10 years or more. “They all saw what was going on,” Telfeyan says. “They understood what the facts were, and they came back with a verdict exactly consistent with what actually happened, which was just a family growing medical marijuana for their own personal use.”

The jury rejected allegations that the defendants distributed marijuana and conspired to do so, that they grew more than 100 plants (the cutoff for a five-year mandatory minimum) over the course of two years, that they used firearms (the Harveys’ hunting guns) in connection with a drug crime (another five-year mandatory minimum), and that Firestack-Harvey maintained a place (i.e., the home she shared with her husband) for the purpose of manufacturing and distributing marijuana. The one remaining charge—cultivation of more than 50 but fewer than 100 plants—does not carry a mandatory minimum penalty, which gives Rice broad discretion when he sentences Firestack-Harvey and the Greggs next Thursday. He can even consider the reason they were growing marijuana.

“But for state-sanctioned medical prescriptions authorizing each member of the family to grow 15 marijuana plants, this family would not be before the Court today,” the defense says in a sentencing memo filed last week. “Due to the exemplary contributions each family member has made to this society, their lack of criminal records, and the unique role state-sanctioned medical authorizations played in this case, Defendants respectfully seek a probationary sentence with no incarceration.”

The federal probation office recommended sentences of 15 to 21 months, while the prosecution is seeking 41 to 51 months, based mainly on allegations that were rejected by the jury, including cultivation in 2011 as well as 2012. To give you a sense of how realistic the government’s assumptions are, it estimates that each plant grown in 2011 produced more than a kilogram of marijuana. As the defense notes, that figure “flies in the face of both empirical reality and legal precedent,” since “numerous courts have recognized that a marijuana plant cannot yield anywhere near 1 kilogram of usable marijuana.” At one point in its sentencing memo, the prosecution even claims the defendants somehow managed to produce “1000 kilograms per plant.” I assume that’s a typo, but who knows? The government also thinks the 2012 harvest should be measured by the weight of the plants, including leaves, stems, water, and clinging dirt.

The prosecution’s insistence that Firestack-Harvey and the Greggs deserve to spend at least three and a half years in prison is puzzling, as is its willingness to posit super-productive, science fictional marijuana plants in service of that goal. But this case has been a puzzle from the beginning.

Even if some of the defendants’ marijuana was diverted to recreational users—an allegation that the government did not come close to proving—this would be a small-time operation. “Federal prosecutors appear to have a practice of only charging cases that would meet the mandatory minimum provisions for growing over 100 plants or over 1,000 plants,” the defense attorneys note. Furthermore, the Justice Department has indicated that prosecuting people who grow marijuana in compliance with state law is not a good use of federal resources unless the operations implicate one of eight “enforcement priorities,” none of which is involved in this case.

That policy applies to recreational as well as medical marijuana. In fact, U.S. Attorney Michael Ormsby is trying to send Firestack-Harvey and the Greggs to prison for growing about 70 plants while giving a pass to much larger operations serving Washington’s newly legal recreational market. “It seems like every week there’s a new cannabis conference of some sort, about the recreational market,” says Rolland Gregg. “As we watch that and are facing sentencing, it’s pretty ironic.” The defense attorneys point out that “hundreds if not thousands of individuals across Washington are committing the same offense without even the prospect of jail time, not because they are stealthily evading federal authorities, but because the federal prosecutors as a matter of policy are choosing not to prosecute them.” 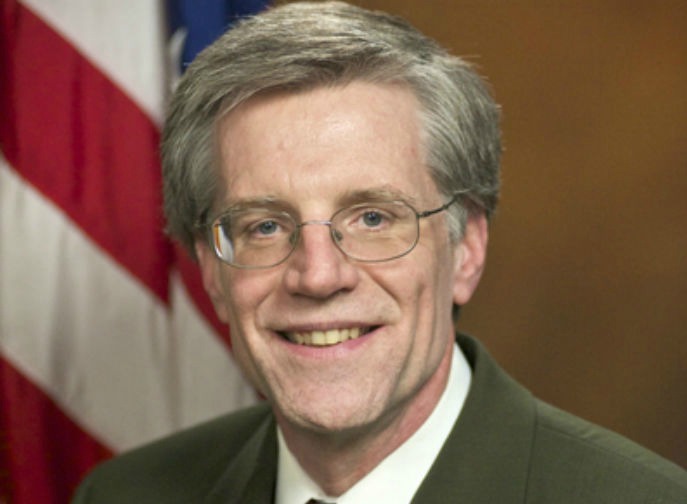 Ormsby’s dogged pursuit of this case also seems inconsistent with a congressional directive prohibiting the Justice Department from spending money to block implementation of state medical marijuana laws. That measure was included in the omnibus spending bill enacted in December. In an April 8 letter to then-Attorney General Eric Holder, the measure’s sponsors, Reps. Dana Rohrabacher (R-Calif.) and Sam Farr (D-Calif.), emphasized that “the purpose of our amendment was to prevent the Department from wasting its limited law enforcement resources on prosecutions and asset forfeiture actions against medical marijuana patients and providers, including businesses that operate legally under state law.” They urged Holder to “bring your Department back into compliance with federal law by ceasing marijuana prosecutions and forfeiture actions against those acting in accordance with state medical marijuana laws.” This week the House of Representatives voted to renew the Rohrabacher-Farr Amendment for another fiscal year.

Judge Rice, who rejected a defense motion arguing that the rider compelled Ormsby to drop the case, does not seem inclined to think the prosecution is a waste of Justice Department resources. Before his appointment to the federal bench in 2012, he worked for 25 years in the office that Ormsby now heads. “He was the criminal chief and the first assistant U.S. attorney in that office,” Telfeyan says, “so he is very sympathetic [to the argument] that these DOJ-issued memos are not binding and don’t prevent U.S. attorney’s offices from prosecuting any federal crimes that they want.”

That does not necessarily mean Rice will agree to put Firestack-Harvey and the Greggs in prison for three or four years. “We’ve got a letter-writing campaign,” says Rolland Gregg, “and we made it pretty easy for people to send a letter to the judge by just filling out their information on the website, and it automatically creates a PDF. We’ve gotten over 1,000 letters in support, and we’re continuing to try to raise awareness of what’s happening.”

Although I have been writing about this case since last May, what’s happening is still not clear to me. It seems the most plausible explanation is that Ormsby thought the case was bigger than it was and is reluctant to admit his mistake. Prosecutorial pride is no friend to justice.

Update: Sentencing of Firestack-Harvey and the Greggs has been rescheduled for October 2.

via In A State Where Marijuana Is Legal, Three Patients Await Sentencing For Growing Their Own Medicine – Forbes.