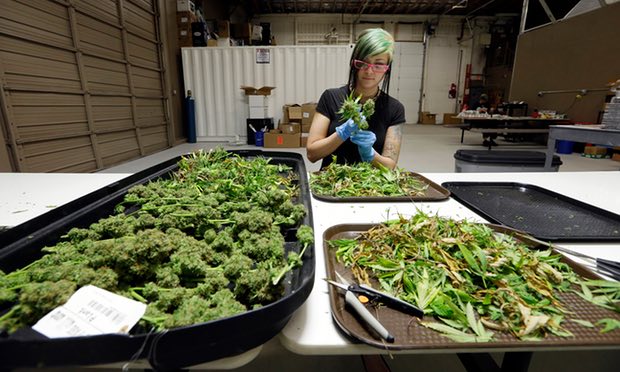 DEA’s allowing easier availability of marijuana for research has the potential to unearth new medical applications for the drug. This post from The Guardian highlights how new medical marijuana research could greenlight more uses in treatment!

Despite its continuing hardline stance against marijuana, the US Drug Enforcement Agency (DEA) has shown some signs of relenting and this summer opened the door to allowing more farms to grow cannabis for official research purposes. That’s an important step forward that may change the potential marijuana has for medical treatment. Up to this point, researchers have had to depend on just one farm at the University of Mississippi to supply cannabis for all studies.

Eight states have voted to legalize recreational marijuana, and 28 states now allow its use for medical purposes. Under federal law, however, marijuana continues to be classified as a highly dangerous illegal drug. Despite the DEA’s resistance to reclassification, marijuana has a broad list of potential medical applications, from treating pain to neurological diseases. Further study could open up many new medical treatments.

“Researchers who conduct experimental studies and administer cannabis to their research participants have difficulty obtaining cannabis for their research,” says Madeline Meier, assistant professor of psychology at Arizona State University, who has studied the safety of long term marijuana use. But the end to a 50-year monopoly on medical research marijuana will change that, potentially opening up new areas of medical utility and easing the way to federal reclassification.

Marijuana has long been categorized as a Schedule I drug, which means that from the point of view of the government it has no medical benefit and a high potential for abuse. It is in the same category as heroin and LSD, and is in a more regulated schedule than drugs like methamphetamine and cocaine.

Despite that, researchers have slowly been making progress in studying it as a potential treatment for a host of diseases.

A small number of pharmaceutical companies are betting on cannabinoid treatments for a variety of diseases. GW Pharma in California markets a medication targeted at treating spasticity from multiple sclerosis, while UK-based Nemus Biosciences is developing a glaucoma treatment. Another pharmaceutical company, Kalytera, is looking at developing non-psychoactive cannabinoid medicines to treat osteoporosis and bone regeneration.

Using non-psychoactive synthetic derivatives of marijuana is one potential way to get around the Schedule I restrictions of the drug, explains Seth Yakatan, CEO of Kalytera. But to really “move the needle” on medical applications for marijuana, the drug would need to be reclassified by the DEA, says Yakatan.

While pharmaceutical companies explore new potential uses for marijuana derivatives, there are a number of medical uses with good research behind them for the plant itself, says Lester Grinspoon, associate professor emeritus of psychiatry at Harvard University. One of the most common medicinal uses is for cancer, though Grinspoon emphasizes that there is not enough research into cannabis’ use to treat the disease itself.

“Anyone who claims it cures cancer has very little basis to say that,” Grinspoon says. But it is a great adjunct therapy for patients already undergoing traditional cancer treatment, he says, as it helps with nausea and other symptoms related to chemotherapy.

Marijuana has also been found to be helpful in alleviating pain for MS patients, as well as helping with spasms for paraplegics and quadriplegics.

Similar to its uses for cancer patients, marijuana is helpful for treating the wasting associated with Aids, says Grinspoon. “Aids patients were the first to educate their doctors about cannabis, when the Aids epidemic spread like wild.” Grinspoon points out that patients discovered on their own that smoking marijuana would help them keep food down, and doctors consequently learned about that use from their patients.

Chronic pain is another area where marijuana has been useful, says Grinspoon. While research in the area has been somewhat mixed, with a number of studies finding it helps while otherssaying marijuana is not an effective pain medication, opioid pain medication use has declined in states with liberal marijuana laws. That correlation made headlines in light of the alarming epidemic of opioid abuse in the US.

Researchers continue to try to tease out other potential benefits of cannabis and provide further evidence for its use, with the number of studies increasing every year. But for a promising treatment with so many applications, there is still a lot of stigma associated with the drug.

Studies like Meier’s, showing the safety of long term recreational cannabis use, chip away at that stigma. Her longitudinal study, published in June in JAMA Psychiatry, followed people who already used marijuana recreationally, collecting extensive health information on participants when they were 26 and 38 years old. The study found that participants had no long term physical health risks from the drug except for a higher likelihood of periodontal disease.

Grinspoon says it’s past time that the DEA change the classification of cannabis. Unlike an opioid, “no one has ever died of an overdose of marijuana,” Grinspoon says. “Aspirin causes about 1,000 deaths a year, so why don’t we schedule aspirin?”

Featured image: Despite the DEA’s resistance to reclassification, marijuana has a broad list of potential medical applications, from treating pain to neurological diseases. Photograph: Elaine Thompson/AP