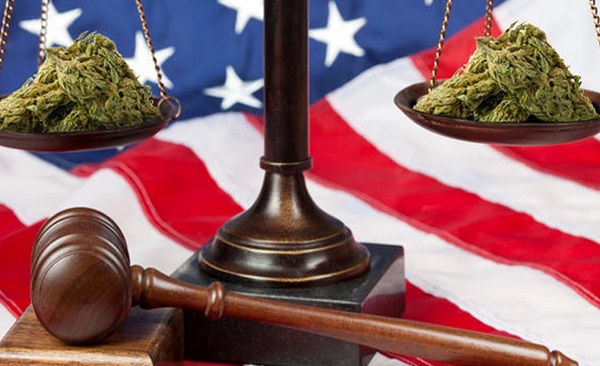 Even though four states in America have legalized marijuana, several others are home to some of the most draconian marijuana laws. This post from Cannabis Culture rounds up the toughest marijuana laws in the United States.

Now that Canada is poised to legalize cannabis for all adults, you may grow complacent about how much trouble marijuana can get you into in the United States.

Sure, we’ve got four states (Alaska, Colorado, Oregon, and Washington) that have legalized some possession of weed, with another five states (Arizona, California, Maine, Massachusetts, and Nevada) likely to legalize in 2016. You can even possess pot in our nation’s capital, Washington DC.

But there remain at least ten states in America where you Canadians with your soon-to-be-legal cannabis should remain vigilant. For instance, you don’t want to have any amount of hashish or hash oil on your person in Texas. That can get you a felony with six months to two years in prison. Over a gram can get you ten years and over 4 grams can get you 20 years.

Florida is just as draconian on the hashish, with a five-year felony for possession of any amount. On top of that, possession of just 21 grams of cannabis flower is also a five-year felony in Florida. While it wouldn’t affect you Canadians, any felony conviction means Floridians lose their right to vote, essentially for life. This has meant 1-in-5 African-Americans in Florida cannot vote (since they’re busted for crime more often generally and more often for weed specifically), and with their reliably-Democratic votes, if Florida had a misdemeanor penalty for personal marijuana possession, we’d have elected President Al Gore in 2000.

Next door in Georgia, any possession of hash is also a felony. While a Florida court might ease up on the five-year prison sentence, a Georgia court has no choice but to sentence you to a mandatory minimum one year in a Georgia prison. In addition, Georgia has a metabolite per se DUID law, which means if you’re suspected of driving impaired and you fail a urine test for marijuana metabolites, you’re guilty of DUI, whether you were actually impaired or not. You’ll get a mandatory one day and up to one year in jail, mandatory 40 hours community service, mandatory 20 hours drug program that costs $250, and a year’s probation.

In Oklahoma, any amount of marijuana flower in your possession can subject you to one year in prison and your second offense can get you a ten year felony. But if you’re converting your marijuana into concentrate – even finger hash or a kief box would count – you’ve committed a felony that can earn you a life sentence in prison. Oklahoma also recently passed a metabolite per se DUID law that gets you 10 days to 1 year in jail on a first offense and a ten-year felony on the second.

You’d think that Oklahoma would be the worst hell for cannabis consumers in America, but it’s not nearly hot enough there. You’re thinking of Arizona, where possession of any marijuana, hash or flower, is a felony earning you 4 months to 2 years in prison with a $150,000 fine. Arizona also has that metabolite per se DUID, which will get you jail for 10 to 180 days, probation for 5 years, and driver’s license suspension for 90 days.

Since marijuana metabolites can stay in the system of a heavy cannabis consumer up to 30 days, you’d better avoid driving in those states above and others, like the state of Utah, which also has a metabolite per se DUID law. There you will serve a mandatory minimum 2 days in jail, mandatory 48 hours community service, and can even be forced into marijuana rehab that you have to pay for.

But even if you avoid possessing marijuana and hashish and refuse to drive in America, you can still go to jail for just being a pot smoker. In Wyoming, Idaho, and New Jersey, merely being high can land you in a cell. Being under the influence of marijuana in public gets you a potential 6 month misdemeanor in those states. How do they determine that? If your eyes are red, you smell like weed, and you fail a pee test, I presume they consider you under the influence.

So you come to America, you have no marijuana or hash, you don’t drive, and you don’t ever get high in this country. Now you’re safe, right? Yes, everywhere but South Dakota. That state has the country’s only “internal possession” law, which means that their misdemeanor penalty for possession of 2 ounces of cannabis or less also applies to the metabolites of marijuana in your body. You could have smoked your marijuana legally in Canada last month, but if that makes you fail a pee test in South Dakota, you could go to jail.

Color (or colour) me jealous, Canada, that you get to legalize marijuana across your entire nation in one fell swoop. For us in America, it’s four states down, forty-six to go.

Source: The Toughest Marijuana Laws in the United States