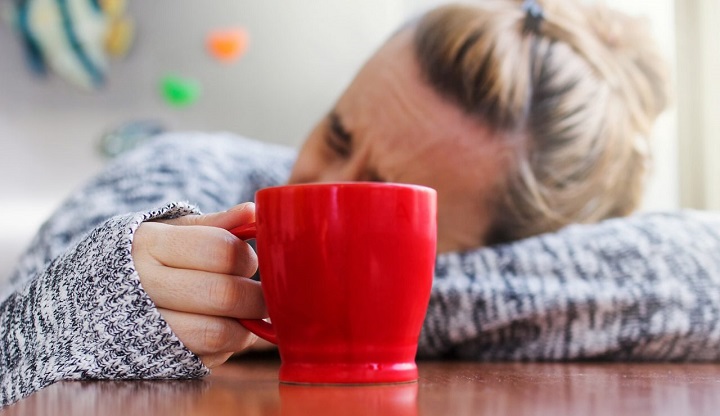 A weed hangover is real, though shrouded in mystery. This post from Leafly clears the air about the weed hangover, including studies on the topic, the symptoms associated with it, and how to alleviate the effects of one.

For some, it’s a well-known fact while for others, it remains a questionable mystery, but the “weed hangover” is a more common phenomenon then some may think. In fact, it can have a range of effects from brain fog to headache.

To gain a full understanding of the weed hangover, one must explore the limited studies that have been conducted and the symptoms users have experienced, and dispel some of the more common misconceptions that get passed down from one consumer to the next.

There is admittedly little research when it comes to this topic, which is unsurprising given prohibition’s restrictions on cannabis studies. That said, a few studies exist that can serve as a jumping off point to coincide with anecdotal reports of “weed hangovers.”

The most famous study was published in 1985. Researchers used a very small sample size of only 13 participants to conduct their experiment. The participants, who were notably all men, were given either placebos or joints containing cannabis with 2.9% THC. They were then presented with a number of behavioral tasks after smoking, such as card sorting, free recall, and time production. The subjects were then tested again after a full night’s sleep. Researchers noticed a residual effect in only the cannabis users and stated, “the findings suggest that marijuana smoking can produce residual (hangover) effects the day after smoking. The precise nature and extent of these effects, as well as their practical implications, remain to be determined.”

This study’s results were concluded to be significant (P value < 0.05). That said, there is room for critique due to the study’s small sample size and lack of diversity, leaving definite room for improvement.

Another study from 1998 with a similar sample size of 10 (again, all male) participants studied the residual effects of smoking a single joint and found that “residual effects of smoking a single marijuana cigarette are minimal.” While the results of this study were concluded to be significant, once again, it had a very small sample size lacking in diversity and only looked at the effects of a single joint.

Most anecdotal accounts from users who have experienced a weed hangover report much higher consumption rates, particularly in the manner of RSO and other potent products such as edibles. While there is some evidence to corroborate the anecdotal accounts of those who have experienced a cannabis-induced hangover, more research would be beneficial to truly understanding this phenomenon.

What Kind of Cannabis Products Cause Hangovers?

As the studies on this topic suggest, a weed hangover (much like other hangovers) is most commonly linked to overconsumption. However, because cannabis is such a unique plant that can affect each person differently depending on strain, tolerance, THC content, and body chemistry, what’s too much for one person may be just enough for another. Therefore, the mantra “start low and go slow” stays true.

Anecdotally, as stated above, many of those who have experienced hangover symptoms report having used edibles or extracts. According to these conversations, the phenomenon seems to be far less common as a result of more traditional consumption methods such as smoking.

One could surmise that this is because it is much easier to overconsume with edibles than from smoking cannabis. With that in mind, some may find their symptoms are a result of waking up with a lingering high, due to the slow rate at which products such as edibles metabolize in the body.

Whatever the method of consumption, it may simply come down to a reduction in dosage to find a more even high that does not cause unpleasant lingering effects.

Does Cannabis Cause Dehydration?

Many resources claim that cannabis directly causes dehydration and that this dehydration can lead directly to symptoms of a weed hangover. In fact, some even go so far as to make wildly exaggerated claims that cannabis is more dehydrating than alcohol. However, despite this seemingly “well-known” side effect, there is simply no science to back up the claim.

Ultimately, what many people are mistaking for dehydration is actually dry mouth (aka cottonmouth), and the two are simply unrelated. Dry mouth, while terribly uncomfortable, is not a result of dehydration, but a lack of saliva.

So why does this happen? As studies show, the cannabinoid THC binds itself to the glands in the mouth responsible for producing the majority of saliva (these are known as the submandibular glands). In doing so, this binding temporarily halts the production of saliva, leading to the dry, uncomfortable sensation most of us have known at one time or another.

However, despite the fact that cannabis may not directly lead to dehydration, it’s worth noting the importance of staying hydrated while smoking—as well as in general. Studies seem to suggest that a large percentage of Americans are dehydrated and not consuming enough water during the day. Dehydration can lead to a slew of issues, including ones that medical cannabis may not be able to fully treat without the assistance of hydration.

For example, an article from May 2016 details the importance of staying hydrated even when treating chronic back pain with cannabis. The author, a medical cannabis user, was perplexed that although the cannabis helped bring him much longer-lasting relief than the prescription medications he had tried, he was still experiencing severe back and spinal pain from time to time. After paying closer attention to his symptoms, he discovered the culprit: dehydration! Upon correcting his water intake, the author found himself feeling healthier with greater spinal flexibility.

Although there is no evidence to correlate cannabis directly with dehydration, many of the symptoms of a cannabis hangover may be improved by larger consumption of water, and generally speaking, it is good practice to make sure you’re staying hydrated.

Reported symptoms of a weed hangover include brain fog, headache, fatigue, nausea, and dry eyes. Since the aforementioned studies did not research all of these symptoms, much of what we know is based off user reports. It is possible, therefore, that other factors may come into play, and without proper studies we have no way to validate these claims with certainty. That said, there is enough commonality in anecdotal reports on this topic to warrant an honest conversation on the symptoms users are experiencing.

If you’ve ever woken up feeling groggy, unfocused, and in a daze, you’re familiar with brain fog. This symptom can make it very difficult to kickstart the day. Brain fog is incredibly unpleasant and may seem hard to snap out of, but there are some things you can do to help re-spark your battery, so to speak.

It may not completely resolve the feeling of sluggishness, but these remedies should help get you through the day more comfortably.

Another commonly reported symptom of the weed hangover is headache. Many attribute it to dehydration, but again, there’s no evidence to support the theory that cannabis directly causes dehydration. That said, it’s possible that when consuming cannabis in large quantities, one may forget to keep hydration in mind and as a result, end up not consuming enough water in the evening before bed.

Whatever the cause, if you wake up with a headache, it’s best to go the normal route in treating it:

Some consumers have reported experiencing nausea during a weed hangover. This seems to be less common, but can be terribly unpleasant nonetheless. If you wake up feeling nauseous, try to take it easy while you ride the feeling out. In more severe cases, make sure you are staying hydrated and try to eat some gentle, mild foods or opt for anti-nausea medication after checking with your physician.

THC causes dilation in ocular capillaries, leading to the signature “red eyes” look as the flow of blood to the eyes increases. For most consumers, this clears up fairly quickly after smoking. However, if you wake up the next day and find you still have dry eyes, consider some rewetting drops to soothe the redness and restore moisture.

The “weed hangover” may remain a topic of contention for some, but until the experience can be studied more extensively to truly understand the causes and effects of this phenomenon, the best we can do is pay close attention to proper dosage.

Source: What Is a ‘Weed Hangover’ and Why Does It Happen? | Leafly