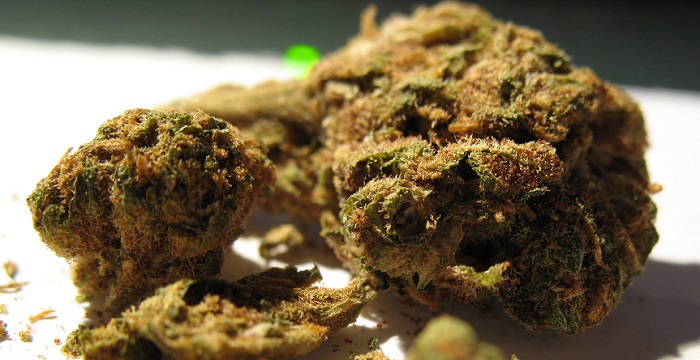 It’s time to answer the question, once and for all, what happens to old weed after years in less-than-ideal storage? This post from Marijuana.com found out what happens to marijuana after 5 years of storage!

We’ve all had one of those moments where you’re cleaning out the couch cushions or rummaging through the junk drawer and all of a sudden, you stumble across a glorious sight — old weed you had lost or forgotten about. But typically, the color has faded away and the bud has lost its bling, which causes you to second-guess throwing it in your piece. Luckily, Marijuana.com is here to settle your worries.

As you may already know, Weedmaps TV’s Gil (one of the media pioneers of this industry) has been conducting strain reviews since 2010. We were able to track down some of his “stunt weed” ganja — sweet, succulent, sun-grown cannabis that was harvested in the fall of 2012 and has been sitting in a jar on the WMtv set ever since. While the cannabis had bright spotlights shone on it for the last five years, the seal of the mason jar had never been opened…

So, of course, we decided to send this rare five-year-old cannabis sample to Cannalysis testing lab.

It’s time to really answer the question, once and for all, what happens to marijuana after years of less-than-ideal storage? 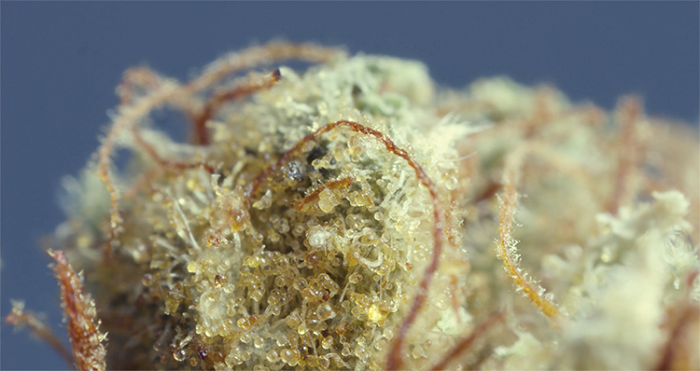 The Science: Old weed is notoriously known for acting as a potent sleep medicine. When THC is exposed to oxygen, it transforms into CBN — an unbelievably healing cannabinoid that helps relax and put the body to sleep. In this case, the buds were stored in a mason glass jar so exposure to oxygen was minimal. The high amount of THC that still remained in the bud made it obvious that there was very little degradation of THC to CBN. However, there was still a higher presence of CBN than average, 0.6% CBN to be exact. The slight dose of CBN still induced a relaxing and sedative effect, melting away all the tension and stress of the day.

Appearance: Not surprisingly, the buds have lost their once-spectacular glimmer. Their original lime green hue has gradually become a bit duller, fading toward a more khaki green. The trichomes, however, are still very much intact and their perfect amber heads continue to glow.

Consistency: The once super-glue sticky buds have transitioned into a slightly crunchier version of their original selves. This specimen was jarred before we were all enlightened to the glory of humidity packs, but even still, the sealed jar kept these buds in surprisingly nice condition. While the buds were more than a bit drier than what most smokers enjoy, when viewed up close you can see the trichomes are still melty and sticky, ready to be inhaled. 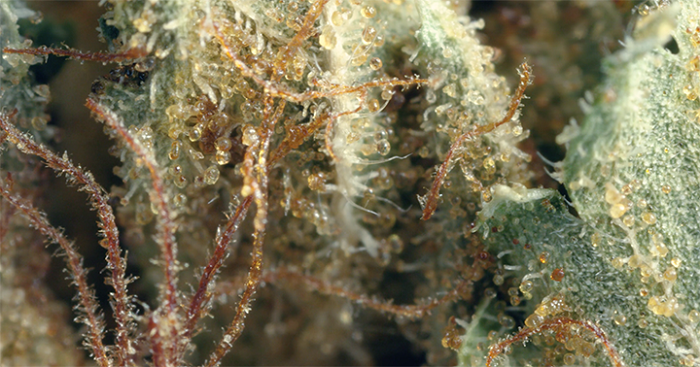 Scent: Now this is the kicker, almost any canna-expert will tell you the first thing to degrade are the terpenes (essential oils) of cannabis. However, we were pleasantly surprised at the presence of terpenes even after five years!

Still, breaking the seal of the mason jar for the first time in a half-decade was a rather foul experience. The stale air had a strong fermented plant matter smell that tingles the nostrils. The odd odor reminded me of a spice cabinet in an old moist home or a mixture of exotic dried herbs found in traditional Chinese medicine. Once the lid was off and the stale air had been flushed, the faint aroma of cannabis terpenes dominated the jar.

Cracking open a bud exuded a more pleasant floral citrus scent with an earthiness, kombucha-esque aroma that lingers in your nostrils. Lab tests showed that 0.67% of terpenes remained intact with limonene leading the way at 1.66mg per gram. These buds were also high in linalool and myrcene. The presence of myrcene means that even those these buds are old, they still have the power to break through the blood-brain barrier and produce an excellent high.

Taste: While the look of old buds is not quite as show-stopping as a freshly cured bud, the taste of these 5-year-old flowers was rather “interesting.” The flavor was quite dry and earthy, hitting the back of my throat rather immediately. While not completely unpleasant, it wasn’t the most enjoyable toke of my life. Mild citrus notes still rang through, even if they weren’t quite at their former sweet pine and fresh blooming flower glory.

The Verdict: Smoke that herb! While it may not exude the beauty it did in its prime, old weed is still good weed. And who knows, you might enjoy the new body-melting couch lock it provides.

Source: It’s time to answer the question, once and for all, what happens to marijuana after years of less-than-ideal storage? | Marijuana