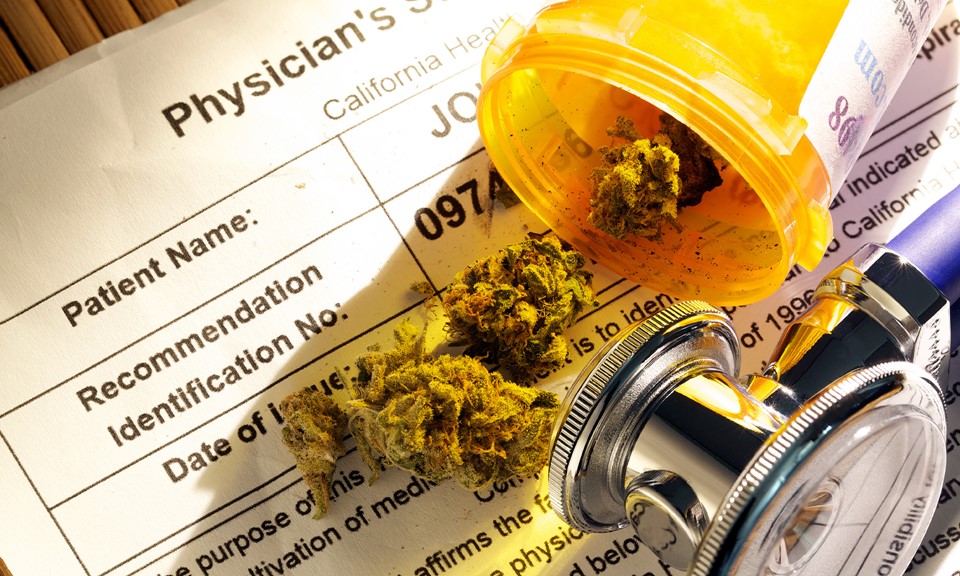 In this post from Leafly, Lisa Rough has compiled a list of U.S. states that accept out-of-state medical marijuana authorizations:

As more and more states legalize medical marijuana, a lot of patients are starting to wonder if their authorizations are valid in any states other than where they were first issued. Fortunately, some medical marijuana-legal states do indeed accept out-of-state authorizations, and they’re listed below. The number of states is small right now, but we’ll continue to update it as more states start to allow out-of-state documentation.

Technically, Arizona recognizes out-of-state medical marijuana authorizations but doesn’t allow out-of-state patients to visit local state-licensed dispensaries, which can certainly cause some problems. However, there are a number of delivery services that will gladly accept your authorization and won’t leave you in the dust as you enjoy the beauty of the desert, picturesque sunsets, and one of the Seven Wonders of the Natural World – the Grand Canyon.

Even if you’re not looking to star in a Stephen King novel, Maine is a gorgeous place with friendly, down-to-earth, accommodating locals. Whether you’re touring the famous lighthouse-abundant coastlines, watching whales leap from the Atlantic, or feasting on fresh lobster, Maine won’t let you down.

The Great Lake State contains more than 11,000 lakes and borders four of the Great Lakes. It’s also known for some of the best craft beers in the continental United States, so if you’re a beer and cannabis enthusiast, Michigan could provide you with the best of both worlds.

Nevada’s medical marijuana program is creeping ever closer to opening state-licensed dispensaries, but with a plethora of delivery services, it’s made a quick turnaround from being a state with some of the stiffest penalties to an increasingly cannabis-friendly vacation spot. Walk the Las Vegas strip, take in the sights, and enjoy a fantastic light show at the Fremont Street Experience, complete with a zipline through a sea of lights.

Nevada’s Patient Possession Limits: 2 1/2 ounces and/or a maximum allowable quantity of edible cannabis products and cannabis-infused products as established by regulation of the Division

Just a little ways up the road from Rhode Island and a neighbor to Maine, New Hampshire is another New England haven that respects out-of-state medical cannabis recommendations. There are no operating dispensaries in the region yet, but you are legally allowed to possess cannabis for medicinal purposes in the state. One of the more mountainous terrains, New Hampshire is home to the tallest peak in the region, Mount Washington, which summits at more than 6,000 feet and is accessible via the Cog Railway, one of the first railways in the world. Sit back, relax, and watch the world expand as you climb higher and higher into the clouds.

Rhode Island, also known as the Ocean State, is home to some of the prettiest darn beaches you’ve ever seen. With 400 miles of coastline, nearly a quarter of the state is on the waterfront and contains 20 percent of America’s landmarks. Stop off in Providence with your authorization and you’re set for a primo beachside escapade. Take the ferry to Block Island and enjoy the beauty of a pristine beach vista with the feel of a quiet, small town – you’ll never want to leave!