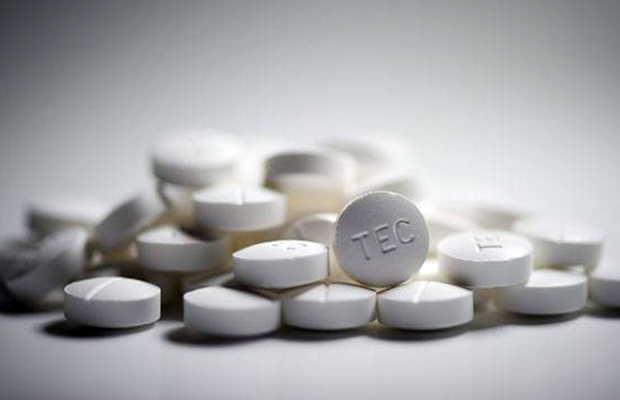 In this post from Cannabis Now, Kylie T. Toponce discusses and compares the effectiveness of cannabis and opiates in pain relief, as well as their side effects.

One compelling argument for the legalization of medical marijuana is its ability to ameliorate intense pain. Currently available technologies have helped us gain understanding of cannabis, as well as its more-commonly-accepted opioid counterparts, and the affects they have on pain.

In 2010, as an attempt to gain insight on pain’s function in the brain, Oxford University conducted a study using fMRI machines and the standard tricks of psychology. Volunteers were monitored during zaps of pain to their feet.

Some areas, they were told, had the potential to be unsafe. In those spots, the volunteers reported their pain levels as being higher. In reality, all of it was safe. Interestingly, in the fMRI machines, the anterior insula lit up before they were ever zapped. Thinking about, anticipating and fearing pain caused their brains to assume—caused them to feel—the physical sensation of pain.

It’s all in the way human brains are hardwired. The parts of the brain where emotions are processed (the limbic system) are directly connected to the parts where physical stimuli are detected (the somatosensory cortex).

This wiring is what gives us the definition of pain, as according to The International Association for the Study of Pain: “An unpleasant and emotional experience associated with actual or potential tissue damage.” In essence, it is your brain telling you that somewhere in your body, something is wrong.

As it stands currently, opiates are one of the most commonly prescribed drugs in the United States. This is regardless of the fact that they only have a 30-40 percent success rate for reducing pain. Moreover, 80 percent of the time, they are accompanied by horrible side effects—hormonal imbalance, constipation (often leading to fecal impaction), nausea, and intense drowsiness just to name a few. In order to combat these side effects, patients often have to “take drugs to offset the drugs.”

Although it can be argued that these side effects are relatively small, potentially just inconveniences, the number of people who die from overdoses is not. That is, 125,000 lives in the last decade. The body will build up a tolerance and require higher doses over time, resulting in addiction, illegal drug use and possibly death.

“It started with a snowboarding accident; my knee got really messed up. They had me on Morphine and OxyContin for a while, but eventually the prescriptions ran out. As soon as they stopped giving me a legitimate source, I got into the underground scene,” says Randall*. “I was pronounced legally dead once, but I still didn’t clean up. My eight-year addiction didn’t stop until it eventually landed me behind bars.”

Cases like Randall’s are not uncommon; roughly 6 percent of people who take legitimately-prescribed opiates try heroine within ten years.

In 2007, Purdue Pharma (producer of OxyContin) was sued in regards to the built-in time-release OxyContin, which opiate abusers ardently seek. Their marketing led doctors to believe that it had a lower risk of addiction. Abusers discovered they could crush or chew the drug and get the full dose (which is meant to last hours) all at once. Purdue’s defense? They hadn’t advertised to customers, only to doctors. They lost the case and paid $634 million in fines.

Upon observation, it is recognized that higher THC strains do this more effectively. THC is received in your emotional center (the limbic system), which is what causes the relaxation effect.

Marijuana as pain relief? It’s all in the way our brains are hardwired.

*indicates names have been changed to protect identities