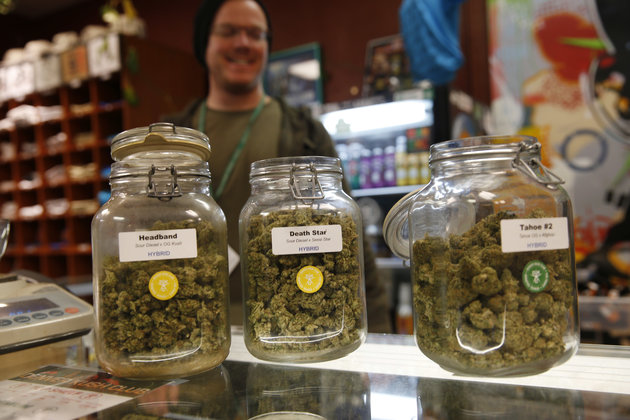 The Pittsburgh City Council on Monday voted to decriminalize possession of small amounts of marijuana, falling in line with a growing number of municipalities that have taken similar actions in recent years, city officials said.

Under the ordinance passed with a 7 to 2 vote, police in Pittsburgh, Pennsylvania’s second-largest city, will begin to issue fines of $25 for possessing less than 30 grams of marijuana and $100 for smoking it in a public space instead of citing for misdemeanors, the city clerk’s office said.

The ordinance is subject to approval by Mayor Bill Peduto, who has voiced support.

“The mayor agrees with council members, the district attorney and many others that this is a common sense change that will help protect the futures of young people in our communities,” Peduto’s spokesman Tim McNulty said.

Supporters of the measure have said it would keep a large number of young people from being imprisoned for a minor offense and having a criminal record that could harm their future employment and school scholarship opportunities.

Opponents said legalizing the possession of small amounts of marijuana should be done only on the state level to avoid confusion with law enforcement.

The ordinance “could actually escalate to something much more serious than a fine,” said Councilwoman Theresa Kail-Smith, who voted against the measure, the Pittsburgh Post Gazette reported.

Other cities with marijuana decriminalization laws include Chicago and Philadelphia.

About half of U.S. states allow marijuana for medical use. It is legal for recreational use in Oregon, Colorado, Washington state and Washington, D.C.