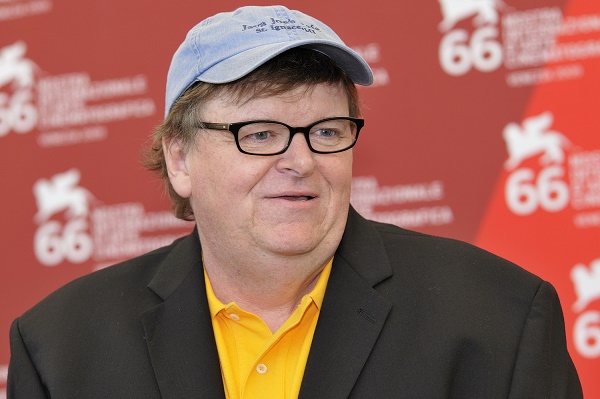 Filmmaker Michael Moore never shies from taking on tough issues and challenging the status quo. His latest film “Where to Invade Next” is a clever spoof of U.S. foreign policy that encourages our military leaders to “invade” other countries and import their policies that can improve our quality of life.

Moore visits blissed out Italians who enjoy enviable state-sanctioned vacation time and even an extra month of salary at the end of the year to enjoy it. And Moore makes our mouths water over the healthy and thoughtfully prepared school lunches that kids get in French public schools. He shows us how Finland’s schools became the best in the world by, among other things, eliminating homework (something that I am sure would interest every child in America). But particularly noteworthy from a drug policy perspective, Moore highlights Portugal’s policy of all-drug decriminalization and also features Norway’s humane and effective rehabilitative-focused prisons.

Many Americans may not be aware of Portugal and its foray into becoming a global leader in drug policy innovation. Nearly fifteen years ago, in response to a growing opiate misuse public health crisis, the government of Portugal shifted their entire approach to drug use away from arrest and punishment and towards public health.

No one in Portugal gets arrested for simple drug use or low level possession for personal use anymore, even if they relapse or show no interest in treatment. The resources to handle these cases have all been diverted from the criminal justice system, in favor of the department of health, and everyone is encouraged and supported to be as healthy as they can be, even if they are not “drug-free.”

Sale and manufacturing of certain drugs still remains illegal and the police are in charge of enforcing those laws. When it comes to drug use, on the other hand, it’s doctors, social workers and public health officials who lead the policies and practices. Portuguese police are encouraged to treat drug users as human beings. In Moore’s film, he interviews three Portuguese cops who talk about how concern for “human dignity” is the most important part of their training, which for Americans is a remarkable thing to hear from law enforcement.

Moore also interviews Nuno Capaz, who serves on the health commission in Portugal and is responsible for helping to administer the decriminalization policy. I met with Nuno and others who work with providing services to drug users when I visited Portugal last summer. What’s perhaps most remarkable about listening to Nuno detail how the system works is how much it sounds not so much political as it is a simple practice based on common sense.

Coupled with increased harm reduction services, like clean needles, overdose prevention and access to treatment on demand, decriminalizing drug use and removing the fear of punishment has meant fewer barriers to accessing vital health interventions, and a general reduction and stabilization of rates of death, disease and addiction. People stop living in fear of law enforcement and low and behold they become more open to the services that can help them and the rest of the community to be healthier and less at risk.

It all seems overwhelmingly effective and no-brainer. This is perhaps why Nuno’s shrugging response to any suggestion of controversy or moral dilemma that Michael Moore offers about Portugal’s drug policies comes across as fairly comical in the film. I got a similar reaction when I peppered Nuno with questions searching for the point in the process where the drug user ends up getting arrested. “What about after relapse? The second relapse? The hundredth relapse?” The answer was always “no.” Barring any harm to others, a person suffering from a chronic and recurring health concern around drug use gets treatment for their health instead of punishment.

Watching Moore’s film may be the first time many Americans get a bird’s eye view of Portugal’s groundbreaking approach to drug policy. It may also be the first time many of them see the prisons in Norway, where inmates are taught how to reintegrate into society by allowing them to live as much like normal people and as little like prisoners as possible.

Kudos to Michael Moore for showing what’s possible when we shift the focus from punishing people to finding ways to helping them become the best people they can be. Hopefully, people will notice and help soften the ground for similar policies in the U.S., where political will and vision are needed more than ever to combat our dual national crises of mass incarceration and opiate dependency. The Portuguese and Norwegians seemed more than willing to let us “invade” their borders to steal a few smart ideas to take back home.