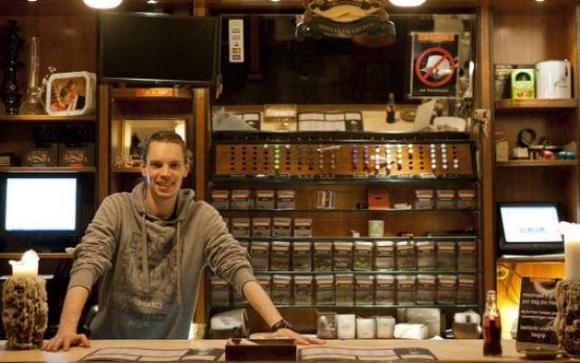 Viewed as a prime tourist attraction in Amsterdam, pot cafes are set to open in Alaska by midyear. This post from fool.com turns the spot light on this new marijuana convenience that is headed to the United States, amid the undeniable momentum that marijuana has gained in recent years.

As we enter what could arguably be described as marijuana’s most important year, the vast majority of momentum behind this currently illicit drug remains positive.

Over a two-decade span, nearly two dozen states have legalized the use of marijuana for medicinal purposes, providing a new treatment pathway to alleviate symptoms associated with certain types of cancers and glaucoma. The list of diseases marijuana can be prescribed for varies from state to state, but terminal cancers and glaucoma are among the most consistent ailments medical marijuana is approved to treat.

Another four states — Colorado, Washington, Oregon, and Alaska — have legalized the recreational use of marijuana for adults aged 21 and up. The tax revenue being generated from the retail sale of marijuana could help add money to the education system, bolster funding for law enforcement, and fill other holes in a state’s budget. Best of all, marijuana taxes affect only those who grow, process, and buy the product, meaning lawmakers can generate extra revenue for a state without raising taxes on all of its residents.

A new marijuana convenience is headed to the United States

Within the aforementioned four states, access to legal marijuana is as convenient as ever. But 2016 could introduce a new convenience to one of the recreational-legal states that’s never before been seen in the United States.

As reported by NPR last month, Alaska is readying to open “pot cafes” beginning in mid-2016, where adults aged 21 and up will be able to consume marijuana edibles in a safe and legal location. Following the OK by Alaska’s Marijuana Control Board, municipalities will ultimately have the final say on whether or not pot cafes will be allowed within a city, much the same way jurisdictions in Colorado have interspersed legal consumption with illegal throughout the state despite marijuana being legalized by residents via the 2012 vote.

Although Alaska is one of the states to have legalized marijuana, finding a legal place to smoke marijuana can be difficult, with some municipalities within the state enforcing strict clean air ordinances. Juneau, Alaska’s capital and its second-largest city based on population in 2013, forbids the smoking of tobacco or marijuana products in public places, in businesses, and in private clubs. Allowing the consumption of marijuana edibles would give the consumer a separate location to partake of marijuana products outside of the confines of their home.

If this sounds familiar it’s because the pot café is a star attraction of Amsterdam in the Netherlands. Tourists flock from all over just to visit a pot café and legally partake of marijuana edibles. Thus, the potential that tourism could pick up in Alaska because of its pot cafes is a very real possibility. Keep in mind that hundreds of thousands of tourists visit the Alaska region by cruise ship each year, and this could provide the perfect opportunity for pot cafes to pick up additional business.

Of course, this isn’t the only marijuana convenience Americans may be able to look forward to in 2016. Oregon, which arguably has the best infrastructure and most cost-competitive legal marijuana industry in comparison to the black market, is tinkering with the idea of a delivery service. As you might imagine, a delivery service will be required to follow strict rules concerning transport, but it demonstrates another way that access to marijuana is improving in legal states — as well as another way that the businesses behind the marijuana industry could potentially prosper.

No guarantee of profitability

The emergence of pot cafes in Alaska, as well as the expectation that up to a dozen states could have recreational marijuana initiatives or amendments on their ballots in the November 2016 elections, is an exciting development for the industry. There’s certainly no denying its growth potential, with Greenwave Advisors suggesting the marijuana industry could deliver $35 billion in annual sales if legalized nationwide.

Unfortunately, the prospect of a nationwide legalization remains nothing more than a New Year’s wish for the time being. Congress, which is where lawmaking starts, seems far less concerned with marijuana legislation than national security, the economy, immigration, and a host of other issues at the moment. It’s certainly plausible that a successful 2016 election campaign for marijuana initiatives could cause lawmakers to rethink their stance, but it’s also possible any legislation that would decriminalize or legalize marijuana will be pushed once again to the backburner.

Safety remains the number one concern in the minds of lawmakers, who don’t currently feel as if they have a balanced view of the drug. We’ve witnessed a number of clinical studies in recent years that have highlighted marijuana’s potential benefits, but lawmakers seem unwilling to shift their unwavering stance on the drug until more long-term benefit-versus-risk data is available.

Although Congress’s stance on marijuana won’t stop other states from potentially legalizing the drug from a medicinal and/or recreational standpoint, its inaction on marijuana’s scheduling will continue to hurt marijuana-based businesses. Marijuana businesses are not allowed to take normalized deductions on their taxes because they’re selling a federally illegal drug. They also have next to no access to basic banking services, such as checking accounts and lines of credit. In theory, if banks were to begin dealing with marijuana businesses, the federal government could construe it as money laundering and file charges against any banks involved.

Even Alaska’s pot cafes are not guaranteed to succeed. Aside from the aforementioned problems, there are concerns about regulations governing marijuana-infused edibles. Specifically, it’s a lot tougher to regulate the consistency of products that don’t look like a marijuana leaf, and it’s also potentially more difficult to keep edibles out of the hands of people under the age of 21.

It’s these challenges that lead me to be excited about the potential for marijuana over the long run, but extremely leery of the drug as an investment opportunity. If things change at the federal level then marijuana could deserve some consideration in aggressive investors’ portfolios, but for the time being it appears to be far too risky an investment.

Source: A New Marijuana Convenience Is Headed to the United States — The Motley Fool