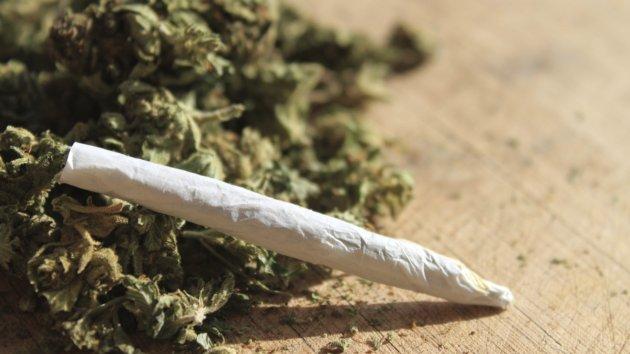 In this post from International Business Times, Marcy Kreiter reports that as the legal marijuana industry continues to grow, product developers are just beginning to take on the issue of potency testing of the cannabis being sold to consumers.

Everything from antacids to frozen veggies has a label detailing nutritional values and active ingredients, but when it comes to cannabis that information has been sorely lacking. How does one know how much to ingest or inhale if potency information is lacking?

Sage Analytics has an answer. The company, one of 162 exhibitors at last week’s Marijuana Business Conference and Expo in Chicago, wants to bring pharmaceutical-level testing to the cannabis industry with the Luminary Profiler, a black box that measures potency on-site within seconds. Marijuana leaves are sprinkled or extracts are dripped onto a lens that uses spectroscopy “to instantly measure the potency of cannabis products on the molecular level,” the company’s literature says.

“It’s a matter of consumer safety,” said Matt Kaplan, president of the company. “You wouldn’t want to drink something you thought was a pinot grigio and find out later it was 151 proof rum.”

The $50,000 device, which is not yet on the market, can be used in retail stores or at growing operations. One advantage is the testing process does not destroy the sample as chromatography, which separates organic and inorganic compounds, and other testing methods do.

A second company, ProVerde Laboratories takes a more comprehensive approach. The company not only does the potency testing, it takes the harvest through extraction for more than 30 terpenes — the substances that give marijuana its distinctive odor — and purification to eliminate mold, mildew, fungus, yeast, bacteria and pesticides. It also works with clients to develop custom formulations.

The company currently operates in Maine, Massachusetts and Rhode Island.

Shimadzu Scientific Instruments Inc. has turned its expertise in testing for such industries as plastics and petrochemicals to cannabis, billing itself as the experts in medical marijuana testing. The company offers instrumentation to determine potency and terpene profiles, screen for pesticides and analyze fungicides, as well as test for solvents, mycotoxin, aflatoxin and heavy metals.

Marijuana contains tetrahydrocannabinol, or THC, which provides the high, and other cannabinoids, or CBDs, as well as terpenoids. Most of the THC and CBDs are in acids, which are converted to THC and CBD through heat. Sexton said a lot of the testing processes don’t differentiate between the level of acids in the plant and the THC and CBD readings produced by the testing process, which involves heat, a problem because the potency remains unclear.

“We’re struggling with the testing. You have to know what’s in your products,” said Meg Collins of the Cannabis Business Alliance. Collins, who has a background in the oil and gas industry and likes to say she’s gone from gas to grass, is vice president of business development for Good Chemistry, which has marijuana dispensaries in Denver and Aurora, Colorado.

“They’re tested for potency, microbials, residual solvents and pesticides. There are a number of labs certified by the state for potency. Nobody is certified to pesticides yet.”

But there are no federal standards, leaving it up to the individual states to determine limits on dosages. The federal government has a lab in northeast Mississippi on the Ole Miss campus that studies marijuana, but the federal government isn’t about to share the expertise with the fledgling industry since marijuana is still a Schedule I drug and illegal.

Michelle Sexton, chief science officer at PhytaLabs of Kirkland, Washington, told those attending a crash course on the marijuana industry at the conference, quality control was one of those things that got overlooked in the initial phase of legalization.

“It was like putting the cart before the horse,” said Sexton, a naturopath. “Some [testing] labs have come out of the black market and aren’t up to industry standards. There are no standards for methodology. Extraction methods differ.”

Those in the marijuana industry need to use “good agricultural practices, good manufacturing and quality control. We also need standardized methods for identifying strains, purity and content,” Sexton said.

via Legal Marijuana Business 2015: Accurate Testing For Potency Lacking In Cannabis Industry, But May Be On Its Way.