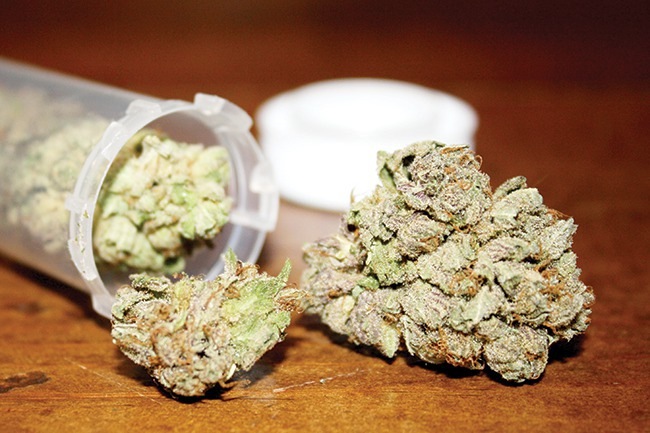 Doctors who prescribe medical marijuana to their patients are being directed by their regulatory body to follow a new professional standard that may reduce legal access to the drug.

The standard approved May 1st by the B.C. College of Physicians and Surgeons sets out detailed requirements doctors should follow if they authorize a patient to receive pot from a federally licensed commercial producer.

Except in rare cases, it says, patients under age 25 shouldn’t get pot at all, nor should those with psychosis or substance abuse disorders, cardiovascular or respiratory illnesses, or those who are pregnant or breastfeeding.

And medical marijuana should only be prescribed with the consent of a doctor who has an ongoing “treating relationship” with the patient.

Doctors of B.C. president Dr. Bill Cavers said he hopes that condition weeds out speedy pot authorizations from physicians who specialize in them, sometimes online via Skype.

“I don’t think it’s appropriate for a person to walk into a clinic for the first time ever and then walk out with a doctor’s signature with no follow-up or ongoing therapeutic relationship,” he said. “Any physician providing a signature or access to marijuana for medical usage should know their patients.”

Cavers acknowledged approval will be “more difficult” for would-be medical pot users who don’t have a family doctor, but he said some walk-in clinics do offer ongoing care for patients.

He said he supports the new standard.

“There need to be guidelines otherwise it’s a free-for-all with a substance that we know has had some deleterious effects in some people.”

Cavers said the federal government has put added responsibility on doctors by requiring an authorization that amounts to a prescription for pot instead of the old system of merely confirming a patient had an eligible condition.

He said most B.C. doctors don’t want to prescribe pot without much more evidence of its benefits and how it can be safely and effectively used – as with any other pharmaceutical.

“It is the responsibility of Health Canada, I think, to come in and actually clarify this,” Cavers said. “Physicians are crying out for more investigation to find out whether marijuana is an effective substance and, if so, for what conditions, at what dosage and for what duration. We need all those answers to do a good job for our patients.”

Pot-prescribing doctors who violate the new rules could be investigated by the college if a complaint is lodged and potentially face discipline.

Doctors are supposed to document that conventional medicine hasn’t worked, that they discussed the risks of pot with a patient and assessed them for potential addiction.

A doctor who can’t demonstrate they complied with the professional standard might also be denied insurance if a patient they prescribe pot gets ill and sues.

It’s unclear what the changes may mean for the rapidly sprouting pot dispensaries that have varying rules on who they will sell cannabis.

“Some dispensaries will sell to anybody who walks in with no paperwork at all,” said pro-cannabis crusader Dana Larsen.

Others – including the one he operates – are stricter and require some form of physician approval, he said.

Municipal regulations planned by Vancouver and potentially other cities may tighten those practices, he said.

Larsen said the college’s standard may spur willing doctors to refuse to issue a formal authorization for cannabis from a licensed producer – which copies the paperwork to Health Canada – but instead provide a note to take to a dispensary.

“When a doctor signs our paperwork nobody sees that but us and the doctor and the patient,” Larsen said.

The college’s new standard also bars doctors from charging for patients for a cannabis authorization, or for any other associated services.