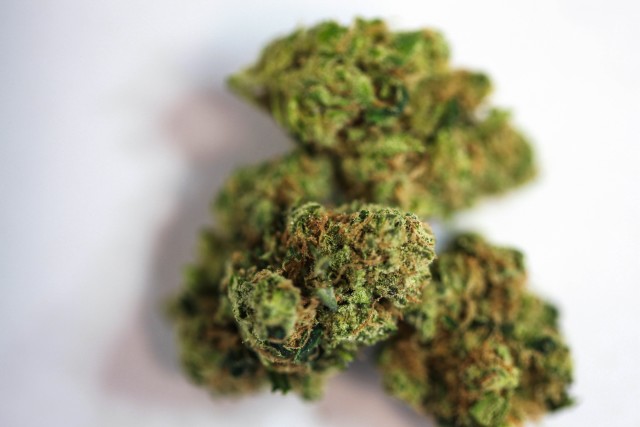 Recreational marijuana has been legal throughout Oregon for a few months now. While residents could use it, purchasing from a store hasn’t been possible.

That’s because retail sales of recreational cannabis have remained illegal. That ends Thursday, when the state will begin allowing recreational sales at medical marijuana dispensaries.

According to the OLCC, the state currently projects $10.7 million in revenue for the 2015-2017 biennium.

Here’s everything you need to know about purchasing pot for recreational use in Oregon.

What is changing Oct. 1?

Recreational marijuana has been legal in Oregon since Measure 91 went into effect July 1. But the state hadn’t licensed any stores to sell the stuff while it was working on regulations. Under a law crafted last legislative session, registered and licensed medical marijuana dispensaries can start selling recreational marijuana products to eligible adults Thursday.

The laws about possession and use outlined under Measure 91 remain unchanged.

Who can buy recreational cannabis?

Under Oregon law, any adult 21 or older is legally allowed to purchase and use recreational marijuana. You don’t need to be a resident of Oregon to legally purchase recreational cannabis, but you must be able to prove your age with government-issued identification at the time of purchase. No special card, like the card for members of the Oregon Medical Marijuana Program, is needed for recreational purchases.

Where can you legally buy marijuana?

How much can I legally buy starting Thursday?

When the OLCC begins issuing retail licenses in 2016, the state agency will allow stores to sell a person up to the full possession limits outlined in state law, according to Pettinger.

How much will marijuana cost?

Prices for pot could vary. Several medical dispensaries planning to sell cannabis Thursday have said they’ll adjust their prices based upon the market demand, which remains to be seen.

However, Luke Tanner from Mountain View Naturals — a medical marijuana dispensary in Hood River — said he expects the recreational marijuana price to be around $12-20 per gram, at least initially. At $20 per gram, a quarter ounce of dried flower would cost a customer around $142.

What about edibles? Can I buy those?

No. Although licensed medical dispensaries can sell dried flowers and leaves, marijuana seeds and plants, the retail sales of concentrates, extracts and edibles aren’t allowed under current law. The OLCC is still working on regulations for retail sales of those products. Medical marijuana cardholders can still purchase these products with a valid OMMP card.

Wait, who is regulating recreational sales?

The OLCC is still ironing out the details of its regulations, including setting rules on what types of edibles and extracts can be sold at retail stores. Pettinger noted the OLCC is still in the process of hiring and building out its compliance and regulation staffs.

How will recreational marijuana be taxed?

This gets a bit tricky, as there are different rules for OHA regulated dispensaries and for the eventual OLCC regulated retail locations that will pop up in 2016.

When OLCC-regulated retail stores begin popping up in 2016, those sales will fall under a different tax structure. The state will impose a 17 percent tax on all retail sales, and local cities and counties can impose up to an additional 3 percent tax on purchases at retail stores.

Where will the tax money go?

According to Measure 91, the law that made recreational marijuana usage and sales legal in Oregon, the tax revenue collected from recreational sales will be divided up in the following ways:

Pettinger noted that while the tax revenues will be spread throughout the state, counties and cities that opt out of sales will not receive a share of the tax revenue.

Where in Oregon are pot sales banned?

For more about the state laws

Is there something we missed? Check out these additional resources from the state of Oregon: