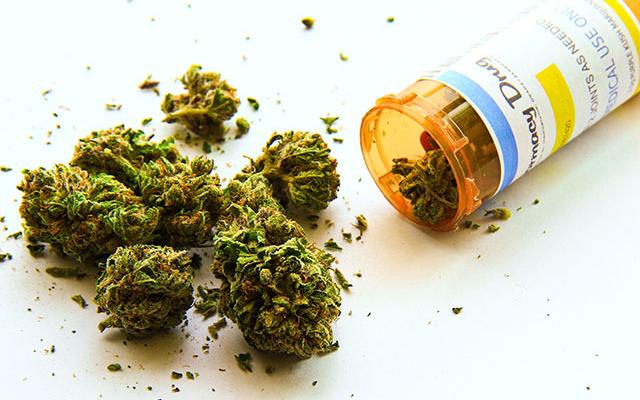 A federal court ruling affirms that the law prohibits the feds from interfering with a state’s implementation of medical marijuana laws. This post from High Times turns the spot light on Judge Breyer’s latest verdict which should let medical marijuana businesses breathe a sigh of relief.

While the DEA has made no apologies for its liberal interpretation of a 2014 congressional amendment that was supposed to prevent the federal government from going on full blown seek-and-destroy missions in medical marijuana states, a federal judge in San Francisco has issued a landmark ruling that could serve to neuter these vile schemes from this point forward.

On Monday, U.S. District Judge Charles Breyer slapped down the DEA with a verdict damning the agency for continuing to bust down the doors of the medical marijuana community—even when an amendment attached to last year’s government budget prevents such actions. The decision, which is reportedly the first ever by a federal judge to stand up for state marijuana laws, argues that the Rohrabacher-Farr amendment clearly prevents the Justice Department from spending money to crack skulls in states that have established medical marijuana programs.

This federal ruling surrounds a case involving Lynette Shaw, founder of Marin Alliance for Medical Marijuana in Fairfax, who was forced the shut down her dispensary in 2011 after the Justice Department nailed her to the wall with a federal injunction. Fortunately, Judge Breyer’s decision not only allows Shaw to re-open the dispensary, but it could also allow other marijuana-related operations that have been subject to similar bans to come up for some air.

There has been a significant amount of confusion this year over whether the Rohrabacher-Farr amendment actually prevents the feds from spending funds to shakedown businesses and patients in medical marijuana states, or if it simply stops them from using Uncle Sam’s checkbook to prohibit states from legalizing marijuana for medicinal purposes.

Earlier this year, a spokesperson for the Justice Department told The Los Angeles Times that theamendment only prevents the U.S. government from “impeding the ability of states to carry out their medical marijuana laws,” but it does not protect the medical marijuana community from prosecution.

Of course, Congressmen Farr and Rohrabacher took issue with the DOJ’s ridiculous statement, submitting a letter to then-Attorney General Eric Holder asking for him to either “bring your Department back into compliance with federal law by ceasing marijuana prosecutions and forfeiture actions against those acting in accordance with state medical marijuana laws,” or prepare to meet them in the parking lot for a good old fashion fist fight.

“The purpose of our amendment was to prevent the Department from wasting its limited law enforcement resources on prosecutions and asset forfeiture actions against medical marijuana patients and providers, including businesses that operate legally under state law,” the letter read.

Although the U.S. Inspector General suggested back in August that he might launch an investigation into the DOJ’s loose interpretation of the amendment, there has been no word whether any type of inquiry is currently underway.

Nevertheless, Judge Breyer’s latest verdict—which asserts that the congressional law “forbids the Department of Justice from enforcing this injunction against MAMM to the extent that MAMM operates in compliance with state California law”—seems to clear up the debate. In fact, the ruling was almost certainly stapled to the front doors of the Justice Department earlier this morning, and it could likely set a precedent for the entire nation, as federal lawmakers attempt to renew the amendment in the next fiscal year.

Source: Federal Court: US Government Is Breaking the Law By Interfering in Medical Marijuana