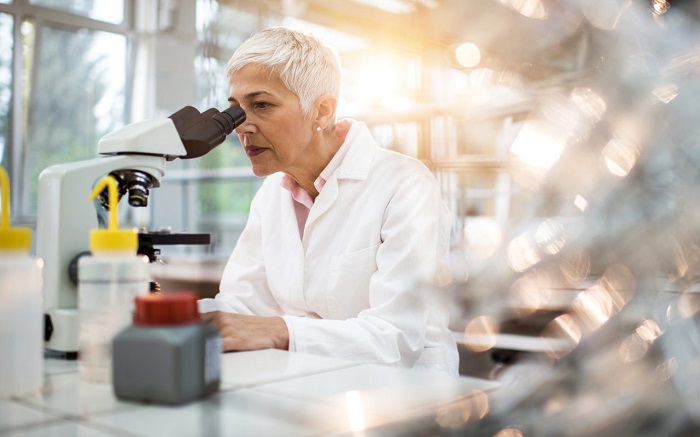 Researchers found THCA, the THC precursor, reduced inflammation and served as a neuroprotectant in animal studies. Get to know more in this post from Leafly!

The compound THCA derived from cannabis could be used one day to treat Huntington’s Disease and other neurodegenerative and neuroinflammatory diseases, according to a study published recently in the British Journal of Pharmacology.

Researchers found that THCA, an acidic precursor of THC, reduced inflammation and served as a neuroprotectant when they analyzed cannabis compounds in animals. In the study, the compound improved motor function and prevented brain degeneration.

“I think we have something here and it’s pretty exciting,” Gaetano Morello, a co-author of the study, said in an interview with Leafly. Morello is a cannabis researcher and naturopathic physician in the Complex Chronic Disease Program at B.C. Women’s Hospital and Health Centre in Vancouver.

THCA is a natural cannabinoid found in raw and live cannabis. As the plant dries, THCA is slowly converted to THC. Heat rapidly quickens that conversion in a process known as decarboxylation, which is what happens when cannabis is burned.

Unlike THC, THCA does not have psychoactive properties, making it a promising medical ingredient for patients who want to treat a health condition without experiencing any psychoactivity, corresponding author Eduardo Muñoz, of the University of Córdoba in Spain, noted in written correspondence.

“When you take away that psychotropic effect and you have all those other beneficial effects,” Morello told Leafly, “you really have something very unique and very special.”

In that sense, THCA may be similar to cannabidiol (CBD), another non-psychoactive cannabis compound that has been used medically to reduce inflammation and is being studied as a potential neuroprotectant. The researchers involved in the new study found that THCA stood out from CBD and cannabigiol (CBG) in positively affecting the PPARγ receptor in the brain, which regulates lipid metabolism and glucose homeostasis. That led them to believe that THCA has “unique” promise, Muñoz said.

The study’s results, the authors noted in their article, qualify THCA “as a lead structure for the development of novel drugs for the management of (Huntington’s) and, possibly, other neurodegenerative and inflammatory diseases.”

Co-author Morello is the chief scientific officer at Emerald Health Bioceuticals, a San Diego-based company developing a THCA-based medicine to treat patients with pain, and cognitive dysfunction such as brain fog and memory loss. The product could be ready within two years in Canada, once clinical trials are complete. “I have a two-year wait list currently,” Morello said. “Many (patients) have been in treatment 10 to 20 years and have not gotten any better…They’ve tried everything.”

Other acidic precursors within the plant could also be medically beneficial, the authors wrote, but more research is needed. Most medical cannabis studies “have used neutral cannabinoids, especially THC and CBD,” they wrote, “with little attention to the genuine phytocannabinoids of the plant, namely their acidic forms. We provide evidence that these compounds hold significant pharmacological potential.”

How precisely THCA and the other acidic precursors interact with the brain’s receptors to yield medical benefits remains unclear, the authors noted.