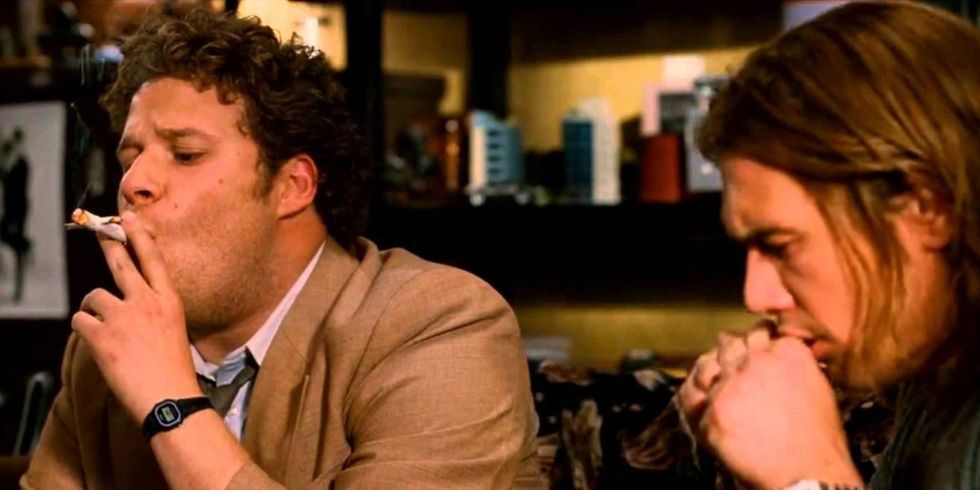 Bad news if you lit up in high school. A recent study found smoking weed could wreck adolescents’ brains. This post from Esquire discusses the findings of the study and four ways early adopters can still boost their mental powers.

How bad is pot for your brain? The jury’s still out on how it affects folks who take their first toke during adulthood. But a study recently published in the journalDevelopmental Cognitive Neuroscience suggests that lighting up prior to age 16 could handicap the growth of a key neural region involved in decision-making and self-control.

Researchers from the University of Texas at Dallas’s Center for Brain Health scanned the heads of 42 heavy marijuana users aged 21 to 50 in an MRI machine. Twenty-two of those people said they’d first smoked pot prior to age 16. The rest, after age 19.

Preteen pot take-up was linked with fewer key markers of normal development in early adopters’ brains. Specifically, in the prefrontal cortex — the seat of our willpower, focus, and planning skills.

All right, so smoking pot isn’t the best idea for the average adolescent brain. But it happens, and if that’s the case, there are ways you can reverse its adverse effects on development. You can still boost your mental power even if you smoked your way to a slight disadvantage. Here’s how:

1. Get centered. Meditation can improve self-control. Give yourself a week to try it and you’ll likely see benefits. One study found that 20 minutes a day of a technique called Integrative Body-Mind Training (read more about that here) were able to rein in impulses (and lower anxiety) in just five days.

2. Get moving. Exercise — especially aerobic activities like brisk walking, jogging, and Spin class — help direct blood flow to our brain’s decision-making centers (key when it comes to keeping our self-control on high). Regular physical activity also improves focus, long- and short-term memory, and planning abilities — regardless of how old you are.

3. Eat enough. Hanger sets you up for some serious self-control failures, so avoid running on empty — especially when it comes to breakfast! Studies confirm that the first meal of the day is key to curbing our impulsivity later on. Not to mention a host of other favorable health benefits, from more regular menstrual cycles to a lower risk of obesity.

4. Tweak your environment. Do you know that you’ll be more likely to drink too much, overeat, or make a regrettable decision during a night out with friends? A few ways to prevent a self-control failure from getting the better of you is to modify what you have immediate access to.

Keep alcohol and foods that make you feel worse after eating them out of your home, or keep them WAY HIGH on a shelf so grabbing them on autopilot isn’t so easy. Keep healthier items on hand — fruits, veggies, hummus, you name it — and you’re muchmore likely to put them in your mouth first.

Also? Avoid people who shame you for just being yourself. Studies show stigma depletes our self-control and makes us act out — often, by overeating, drinking too much, and even smoking more than we’d planned on.

Source: Smoking Pot Before This Critical Age Could Wreck Your Brain