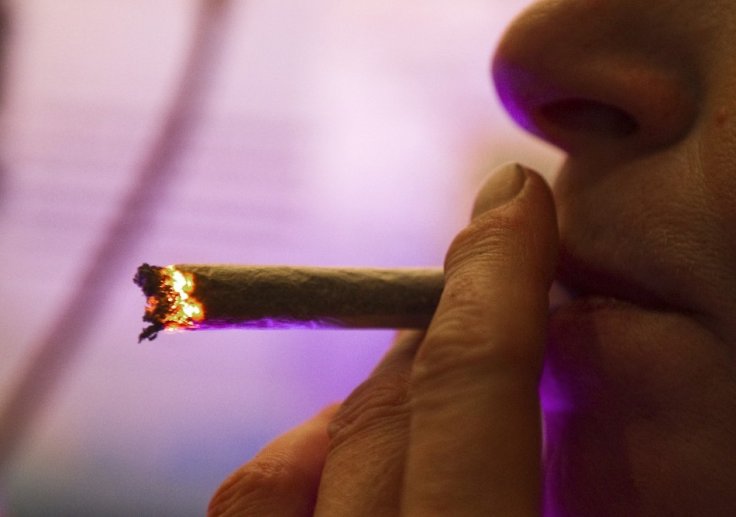 In this post from International Business Times, Gareth Platt and Marc Vargas discuss the numerous cannabis clubs that have sprung up in Spain, providing a smoker’s paradise which must leave British weed aficionados green with envy.

It’s hard to know what to think about the Spanish government. On the one hand it is one of the most conservative, even repressive, administrations in Western Europe; just look at the plans it put forward last year to restrict abortion (plans which were themselves swiftly aborted), and the new ‘ley mordaza’ or gag law, which imposes severe restrictions on the right to protest (and which recently prompted a groundbreaking hologram protest in Madrid).

Yet, on the other hand, it has allowed a new approach to drug use to take root and flourish across the north of the country, one which, some have suggested, is turning Barcelona into the Amsterdam of southern Europe.

A network of cannabis clubs has sprung up across Barcelona, Valencia and the Basque Country, providing a venue for marijuana smokers to gather together and smoke, without fear of arrest or confiscation. The clubs are allowed to grow and distribute marijuana among their members, who are, in turn, required to pay for the upkeep of the club and the cost of growing the cannabis.

These new clubs owe their sudden emergence to a legal loophole, which allows marijuana to be grown privately for personal use, and the widespread tolerance of ‘shared consumption.’ As long as the clubs maintain a strict membership system, and restrict each member to a specific allocation, there is currently no law against this form of assembly.

According to some estimates, the number of clubs in Spain has jumped from 40 in 2010 to 700 today. Some clubs are nothing more than basements; others are palatial apartments with all the paraphernalia a smoker could wish for.

All kinds of groups are accommodated in these facilities, and some have their own dedicated establishments. There is even a dedicated club for gay smokers in the heart of Barcelona. All require members to be over 21 and resident in Spain; indeed each socio must show their ID card whenever they attend. Weed tourists are clearly not welcome.

One of the newer associations is called La Flora, and is located in the heart of Valencia city. According to Cristina, a member of its Junta Directiva, or leadership team, the club was inspired by the emergence of similar facilities in Barcelona. Launched just four years ago, it now has over 650 members, the oldest of whom is 83.

Some members are simply ordinary smokers who want to congregate and consume marijuana because they like it. Others have a chronic injury or illness and smoke for therapeutic purposes; these people have to undergo a medical assessment before they are granted entry, to prevent any bogus claims.

Cristina says: “Our biggest objective, then [at the time of creation] and now, is to broaden the investigation of cannabis as a possible therapeutic alternative. 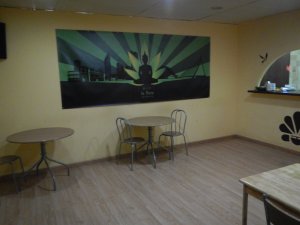 “We are an entity without desire for money, all our services and activities are financed by the membership fees. La Flora offers a private space dedicated to enabling people to smoke cannabis, as well as a deposit service where each member can guard the part [of their allowance] not smoked in the local.

“In the case of therapeutic members, we have a doctor coming once a month to give them individual medical advice and also check those who want to be accepted as members for therapeutic reasons. In this we are very rigorous. They always have to provide medical documentation.”

Cristina is keen to stress the mature atmosphere of her club, and make clear that is in no way an Amsterdam-style cannabis café.

“Here members can learn how to consume responsibly, exchange experiences and participate in the activities we organise,” Cristina says. “What we ask of our members is logical behaviour: respect the facilities, maintain a peaceful atmosphere inside the place – above all for the therapeutic members of the club – and respect the neighbourhood when they leave the premises.

“At the same time as completing a joining request, [prospective members] are given a chat of around 20 minutes, informing them of the modus operandi of the association and clearing up any doubts they may have. All membership requests pass through the leadership team, who have the final decision to accept or reject anyone.”

‘We want to take people away from black market’

Despite the strenuous efforts taken by La Flora and other groups to inculcate an atmosphere of maturity and moderation, and the absence of any formal directive from the national government, it seems Spain’s regional authorities are belatedly cracking down on the clubs.

Barcelona’s city council, having recently passed a law limiting the amount of smoke a club can emit, is now pressing ahead with plans to criminalise pot premises near spaces frequented by young people. City bosses believe this legislation could slash the number of cannabis clubs in Barcelona by up to 80%.

However the clubs aren’t going to give up their rights without a fight. Indeed FEDCAC, Catalonia’s biggest cannabis club federation, has hit back at the city council by creating a video, in the style of an airline safety demonstration. The video advises users to “place your mind in the most open position possible” and goes on to list the various ways individual clubs ensure safety and civility within their confines.

Cristina echoes this message, saying: “Without forgetting the more laidback part of the association, at the end of the day the organisation is aimed at those people who don’t want to use the black market.

“We are dedicated to people who do not want to rely on this route and are looking for a quality product. Usually older people are a bit lost and don’t know where to find it [weed], and we even analyse cannabis in the laboratory to find out the levels of THC.”

Right now, no-one knows what the future holds. Perhaps the national government will decide this has all gone too far and guillotine the cannabis club revolution. Elections are coming up fast; what better way for the incoming administration to prove it is serious than by isolating and criminalising a group of people easy to stereotype as indolent and unproductive.

For now, though, Spain is providing a smoker’s paradise which must leave British weed aficionados green with envy.

via Cannabis clubs of Spain: Inside the legal weed dens which are turning Barcelona into Amsterdam.