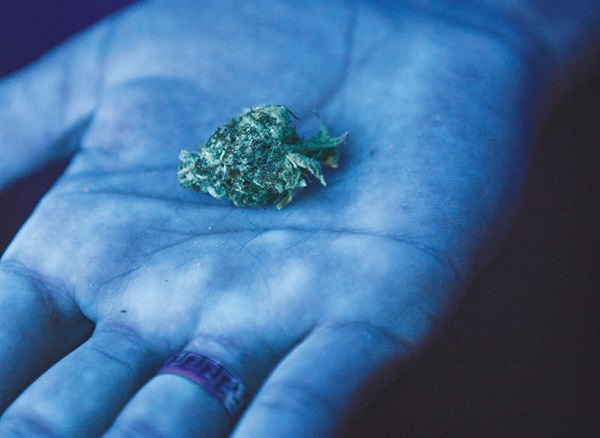 A Portland startup has mapped cannabis genome to protect weed from Monsanto patenting. This post from Williamette Week highlights how Phylos Bioscience launched the 3-D map on April 20.

OG Kush is now a star in the Galaxy.

A Portland biotechnology company has launched a 3-D map that charts the genetic evolution of cannabis genomes, protecting strains like OG Kush from future patent attempts by big agricultural companies such as Monsanto.

The startup, Phylos Bioscience, and its chief scientific officer Mowgli Holmes have been talking about mapping weed genes for years. But Phylos finally launched its guide—called the Galaxy—on Wednesday.

With the Galaxy, users can view the hereditary sequence of each plant by following lines that connect strains to their genetic parent or offspring. Similar plants are located close to each other, while color groups the plants into “tribes” based on their region.

Preparations for this project have stretched over two years, as Phylos has worked to sample plants, sequence their DNA and develop the software that would allow the Galaxy to function.

“Sample collection was a huge part of this process,” says Carolyn White, Sales and Marketing Manager at Phylos Bioscience. “One side was a collaboration with growers, dispensaries and labs to collect modern samples, and the other a process of hunting down ancient landrace strains from all over the world.”

The strain results outlined in the 3-D data analysis have been individually sequenced, separating this guide from cannabis catalog websites such as Leafly, Weedmaps and Verdabase.

At WW’s TechFestNW conference last year, Holmes took the stage to expound on how genome research allows us to understand the history of interbred cannabis plants.

“[Cannabis] is being pushed to a point in the evolutionary landscape that it never would’ve gotten on its own,” Holmes said to the crowd.

But the data collection will also help with patent protection, a legal anxiety that has been leeching onto growers since the first cannabis plant was patented in August 2015.

Marijuana is subject to the same statutes as any other agricultural patents—simply, that the genome must be characteristically different than the naturally occurring counterpart.

Monsanto has responded to this suspicion on their website, chalking their involvement in the production of GMO marijuana up to “an Internet rumor.”

“We think Big Pharma and Big Ag will be the primary audience after patents, and it will likely require writing new DNA in to the plant,” White tells WW. “None of the folks at Phylos really see patenting as a viable tool for the average breeder.”

Holmes and Phylos want to push more information on that DNA into the public domain.

“You can’t patent anything that’s been in the public domain longer than a year,” White explains.

Within the next several months, Phylos will launch their commercial sequencing product, allowing any grower, consumer, or curious individual to send in a sample and let Holmes and his staff research it. The sample will receive a placement on the Galaxy, as well as special access and metadata to further understand that strain.

“We set out to bring more knowledge and transparency to the industry and that’s still what we’re doing,” says White.