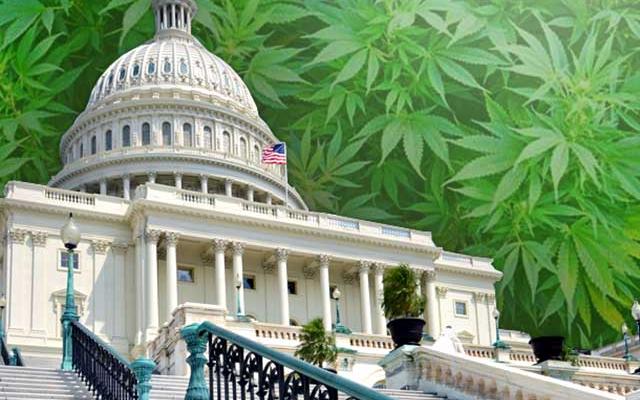 The state lawmakers want the states to be able to decide the marijuana laws that work best for them, without federal intrusion. This post from High Times reports that NCSL has pushed through a resolution demanding the federal government surrender its authority over state marijuana laws.

Can you imagine an angry mob of politicians marching up to the steps of Congress, prepared to engage in whatever action is needed to force systematic change to the marijuana laws across the nation? Well, that was the scene at the annual National Conference of State Legislatures (NCSL) meeting last week.

At the conference held in Seattle, a legion of high-powered lawmakers and supporters of state’s rights pushed through a resolution demanding the federal government surrender its authority over state marijuana laws.

The decree argues that Congress should amend the Controlled Substances Act and “allow states to set their own marijuana and hemp policies without federal interference.” It is of their accord that states should have the freedom to “improve the public safety, health, and economic development of their communities,” without those concepts being challenged from the top.

With 75 percent of the state lawmakers in attendance passing the measure on a voice vote, the resolution is essentially a loud message hurled directly at Congress. In fact, some believe the resolution has drummed up enough support from the majority of jurisdictions to force change on Capitol Hill in 2016.

“State lawmakers just sent a message to Congress that could not be any clearer,” Karen O’Keefe, director of state policies for the Marijuana Policy Project, said in a statement.

Although marijuana for both medicinal and recreational use is becoming more widespread in the United States, the federal government has made a full time job out of protecting the prohibitionary standards outline in the Controlled Substances Act. For the most part, it seems to be a lack of Republican support that continues to sandbag efforts to make legitimate changes to Uncle Sam’s pot policies, with over 20 pieces of marijuana-related legislation currently lingering in a congressional bardo.

The Obama administration hasn’t been much help either.

Some would even argue that the president has maintained a schizophrenic attitude toward all issues pertaining to weed. On one hand, the administration, which includes forces inside the Department of Justice, claims it is taking a “hands-off approach” in regard to states that legalize marijuana. Yet, they make no apology for continuing to spend hundreds of thousands of dollars every day to terrorize the medical marijuana community.

Perhaps the most frustrating aspect of Congress’ firm stance against marijuana is that it remains inconsistent with the opinions of U.S. citizens. Some of the most recent surveys suggest that a large majority of the population (60 percent) believe that if Congress isn’t willing to legalize the leaf at the federal level, then states should have the right to decide whether or not to legalize it in their jurisdiction.

This issue is expected to heat up in the next few months, with the NCSL expected to vote on the resolution in October. As long as it is met with a three-fourths majority approval, it will advance to the next level.