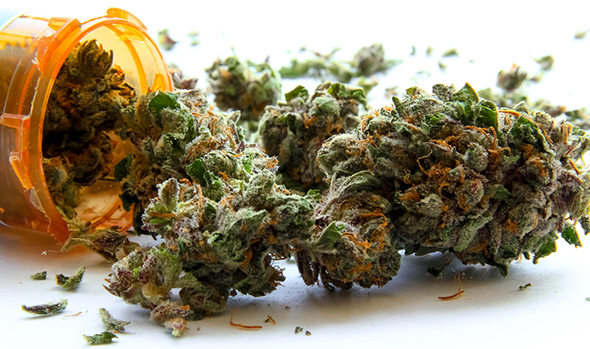 This post from CannaMall.com creates awareness about the most common strains available of medical cannabis to help you navigate their health benefits.

Cannabis is a much more diverse plant offering than just pot alone. For years, growers focused only on increasing the THC or tetrahydrocannabinol strain of cannabis as that particular chemical component of the plant produced the biggest “head” effect – aka the “high” that recreational users of marijuana were after.

But there’s much more to cannabis than THC.

Here are some basics of the cannabis plant’s make-up that can help you navigate both the research and the medical benefits of some of the most common strains available.

Even though high levels of THC in a cannabis plant’s genetic engineering can have the psychological effects discussed above, this strain of cannabinoid is still important for medical use, particularly when combined with other cannabinoids in a medical compound. Among it’s known observed properties are its ability to act as a muscle relaxant, which is important to those suffering from forms of epilepsy, Parkinson’s and other muscular system diseases. Also of note are its ability to stimulate appetite, which is an important side effect for those on certain HIV/AIDS medications and cancer treatments that often cause nausea and loss of appetite. Additionally it’s known to act as an anti-inflammatory, anti-depressant and even to lower blood pressure.

CBD is known to have an interesting physical side effect: it counteracts high-levels of THC. Why would it be helpful to have a strain of cannabis that counteracts another strain of cannabis? Patients seeking the physical benefits of THC strains who are highly sensitive to the psychological effects may benefit from a THC and CBD combo! The THC helps their physical symptoms while the CBD can help manage and counterbalance the psychological reactions of high THC strains of cannabis. Alone, CBD has also been shown to reduce pain, act as an anti-anxiety treatment and help to neutralize nausea. The cannabidiol strain of cannabis has also been shown as a potential tool to manage schizophrenia.

The cannabinol strain (CBN) of cannabis is similar sounding, but very different chemically from the cannabidiol or CBD strain. CBN has similar physical chemical effects to THC strains of cannabis, however it’s shown to have little psychological effect for most patients. That can make it a great alternative treatment to THC strains for those highly susceptible to the mental effects of THC. It’s been shown that CBN may help reduce pressure in the eyes (for glaucoma sufferers) as well as being an effective anti-seizure strain for some.

The CBC strain of cannabis is almost always used with the more potent THC strain. Together with a THC medical marijuana mixture, CBC works for powerful pain relief as well as being an effective sedative for some. It’s also been shown to be an effective anti-inflammatory option for many.

Finally there is the cannabigerol or CBG strain of cannabis. While the CBG strain doesn’t appear to have many potent effects on the mind, CBG is a powerful strain for physical symptom treatment. Most commonly CBG is used for pain management, as it has a strong anti-inflammatory property combined with a sedative effect. It can help to treat insomnia and serve as a sleep aid for those in need of sleep therapy. In addition, CBG has been shown in some to work as an anti-microbial agent, which is making it of increasing interest to cancer researchers seeking ways to fight or even prevent cancer.

via CannaMall – Medical Cannabis 101: Know The Basics To Help You Decide.