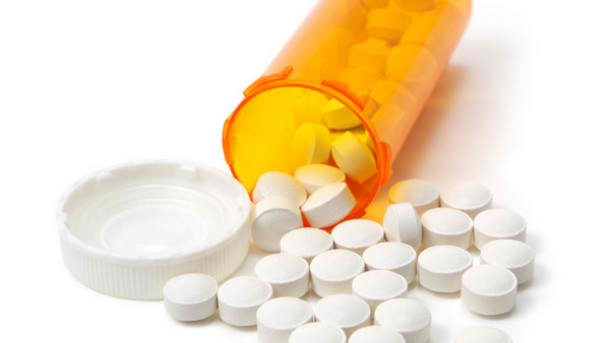 Opioids are known to quickly lead to a deadly addiction. This post from Psych Central News discovers the underexplored potential of cannabis to treat opioid addiction!

In a new paper published in the journal Trends in Neuroscience, a neurobiologist argues that using cannabis for opioid withdrawal and pain relief is a promising area of research that has been largely neglected in the scientific community. And in light of the current opioid epidemic and positive early trials of cannabis, this needs to change.

The author, Yasmin L. Hurd, Ph.D., studies the molecular and neurochemical effects of both cannabinoids — extracts of cannabis legally sold as medical marijuana — and opioids. She is the Ward-Coleman Chair of Translational Neuroscience at the Icahn School of Medicine at Mount Sinai, and Director of the Center for Addictive Disorders for the Mount Sinai Behavioral Health System.

Although there is certainly a growing interest in cannabinoids among the scientific community, one problem is that there are still restrictions on its use in human studies.

“Surprisingly, the scientific community has been largely missing from most conversations and policymaking decisions regarding the legalization of marijuana for medical purposes,” said Hurd.

“For one of the first times in U.S. history, it is the general public and politicians, not scientists and physicians, who are determining the medical value of this drug in states where marijuana use has been legalized for medical purposes. Clearly, the legalization of marijuana has outpaced the science. But if we want to be able to accurately say something is medical marijuana, we have to prove that it is, indeed, medicinal.”

Accumulating evidence has shown that cannabinoids could have long-lasting therapeutic effects. Preclinical animal studies have long demonstrated that cannabidiol (CBD), a cannabinoid in the marijuana plant that does not produce a “high,” reduces the rewarding properties of opioid drugs and withdrawal symptoms.

Further, a small pilot study in humans, led by Hurd, revealed that CBD reduced cravings in heroin users. CBD’s strongest effects were on the reduction of the anxiety induced by heroin cues.

While both cannabinoids and opioids regulate the perception of pain, the two drugs affect different parts of the brain and also affect how the sensation is communicated between neurons.

For example, previous studies have found that cannabinoids have a stronger effect on inflammation-based chronic pain, while opioids are particularly good at relieving acute pain. One major difference, however, is that opioids can quickly lead to a deadly addiction.

“If you look at both drugs and where their receptors are, opioids are much more dangerous in part because of the potential for overdose. The opioid receptors are very abundant in the brainstem area that regulates our respiration so they shut down the breathing center if opioid doses are high,” said Hurd.

“Cannabinoids do not do that. They have a much wider window of therapeutic benefit without causing an overdose in adults. However, children have overdosed from consuming edible marijuana so that’s something to consider when making decisions regarding medical use.”

Politicians are only beginning to acknowledge that an epidemic of opioid overdoses is happening across the nation, particularly in suburban and rural areas, and the National Institute on Drug Abuse is asking researchers to think creatively about new strategies for pain relief.

“We have to be open to marijuana because there are components of the plant that seem to have therapeutic properties, but without empirical-based research or clinical trials, we’re letting anecdotes guide how people vote and how the policies are going to be made,” said Hurd.