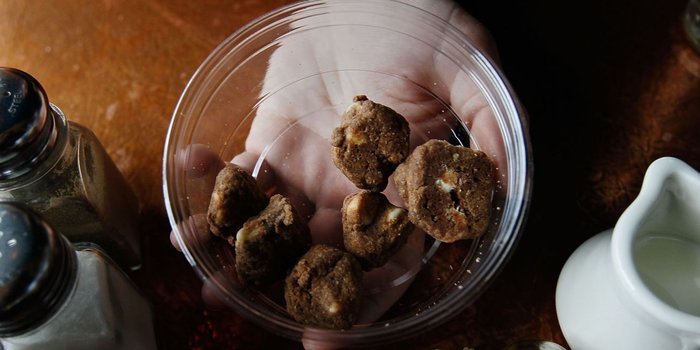 The cannabis curious, who are reluctant to smoke, find the idea of marijuana, masked as a delicious edible, interesting. In this post from Entrepreneur.com, learn why marijuana edibles make for a huge business opportunity.

There are many ways to earn money in the marijuana industry without growing or selling marijuana flower. Increasingly, the most popular is through the creation of cannabis-infused edibles.

There’s also perhaps never been a better time to enter the industry. Colorado, Oregon and Washington were forerunners on legal recreational marijuana. But with Nevada and California recently joining their ranks – and Massachusetts expected to do so in July – a horde of entrepreneurs have been unleashed on the industry. Many are focused on the area of marijuana edibles.

RELATED: How to Make Small Batches of Cannabutter

If you like to make food or are willing to bankroll someone who does, the edibles market is increasing along with everything else marijuana-related. The draw of edibles is obviously that you can enjoy the effects of marijuana without having to smoke it.

In Colorado alone, 11.1 million edible marijuana products were sold in 2017. One of the leaders in this area is Wana Brands, co-founded by Nancy Whiteman. The company has 48 percent of the Rocky Mountain state’s gummy edibles market. Despite the explosive growth, Whiteman told the Denver Post “I think we’re still early stage as an industry.”

Marijuana edibles already have made the list of Food Trends for 2018 by the Specialty Food Association, right up there with algae as a meat substitute and shakshuka. As noted by Whiteman, there seems plenty of time to get on board. Signs of this are everywhere. The Colorado edible marijuana company Mayflower Medicinals already has a Massachusetts branch for its business. There’s also cannabis-infused pizza for sale in Massachusetts. In California, there’s weed-infused chocolate spread.

But perhaps no person better embodies the shift into the marijuana business than Eric Eslao, who went from working for Apple to starting his own luxury chocolate company in Oakland. Now, he wants to bring Défoncé Chocolatier marijuana-infused edibles to a new market, perhaps San Francisco, before the end of the year.

Eslao told Eater.com that edibles make sense for a guy like him, who at 38 is married with two children. “I’m just not going to have a bong at home in my garage,” he said.

Where California seems to be surging ahead, and where entrepreneurs can draw knowledge, is in using technology in the business and, perhaps most importantly, identifying the consumer market. Brian Campbell, co-founder of cannabis technology platform tokr, told North Jersey.com that in California, marijuana has “been in the culture for so long that you have CEOs who are using, you have moms at home who are using…we’re not really interested in the stoner who wants a two-for-one joint as cheaply as possible.”

Edibles have been a part of the trend to appeal to more upscale cannabis consumers. As Massachusetts begins recreational sales, and with New Jersey and Michigan working toward legalizing soon, there’s a big market potential for those with ambitions for running their own edibles business.

Source: Why Marijuana-Infused Edibles Are a Huge Opportunity for Entrepreneurs