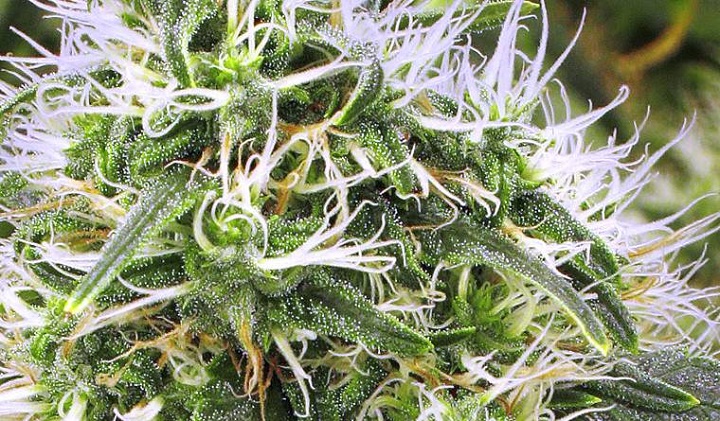 Kief is the powdery resin left in your grinder that will deliver a stronger high than regular marijuana. Get to know Kief better in this post from Mic.com!

Close examination of a marijuana nug reveals it to be coated in teeny tiny hairs that resemble crystals. These are called trichomes, according to Leafly. Trichomes protect the plant against predatory animals, but when dried, it turns into a resin called kief, that can also deliver a stronger high.

Trichomes are actually the main producers of cannabinoids — which is what THC (tetrahydrocannabinol) and CBD (cannabidiol) are — and terpenes, which gives cannabis its distinct earthy aroma. When collected, kief is basically a concentrated form of cannabis, which makes for a more powerful high, according to Leafly.

The lighter the color of kief, the purer it is, according to Leafly. Green kief means it’s infiltrated with the plant matter.

People can extract kief in large quantities by rubbing the plant over silk screens or with dry ice. But for the everyday user, three-chamber grinders where the kief falls into a separate chamber make for the easiest extraction.

Most people mix kief into their normal methods of smoking marijuana flowers, whether that’s in a joint or bowl, according to the Stoner’s Cookbook. The site adds that if you’re making cannabutter for edibles, “You also only have to use 1/2 to 1/3 less than the amount of flowers you would usually use.”

Source: What Is Kief and Why Is It Stronger Than Regular Marijuana?