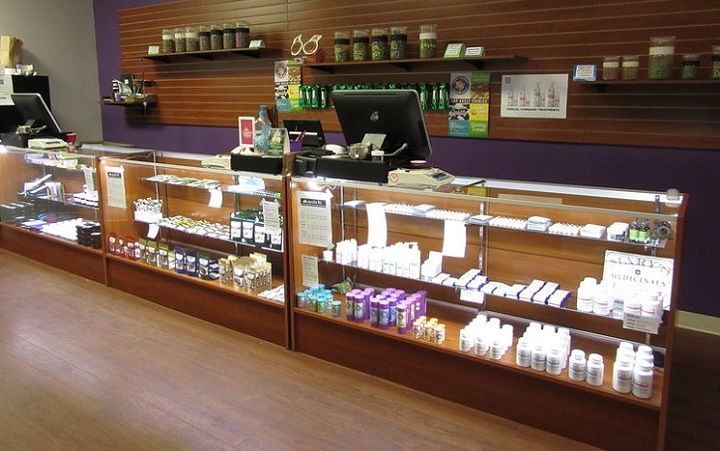 Is there evidence that marijuana is an effective painkiller? For what types of pains? With what risks? Find out the answers, and more, in this post from Philly.com!

About half the states have legalized marijuana for medical use, and Pennsylvania appears ready to join them. Most patients who sign up for the drug indicate they’re taking it for pain.

But is there evidence that it works?

Simple question, complicated answer. Turns out it works for some kinds of pain, but not others, and helps some people more than others.

“The short answer is yes,” said David Casarett, director of palliative care for Penn Medicine and author of Stoned: A Doctor’s Case for Medical Marijuana. “But I don’t think we really know how it works.”

Federal drug authorities long have asserted that marijuana has “no currently accepted medical use” and have kept it classified, along with heroin and LSD, under the Drug Enforcement Administration’s most-restricted-drug category.

Given the rapidly shifting landscape, the National Institutes of Health next week is holding a neuroscience research summit near Washington to review the evidence on marijuana and its benefits.

This week, the Pennsylvania House approved a legalization measure, and the Senate is expected to follow suit this year. Gov. Wolf has promised to sign it when it reaches his desk.

In its current form, the legislation would prohibit smoking marijuana, allowing forms such as pills, oils, and ointments. New Jersey allows smoking, but adds another limitation: Medical marijuana is legal only for pain associated with cancer and HIV.

Pennsylvania’s bill allows pot for any pain that cannot be treated with prescription painkillers, or pain classified as neuropathic.

Neuropathic pain is complex and common. It can be triggered by phantom limb syndrome, diabetes, chemotherapy, multiple sclerosis, shingles, and autoimmune diseases such as lupus. It doesn’t respond well to opioids, the addictive painkillers that also were in the news this week, due to new guidelines suggesting how doctors should prescribe them.

Researchers emphasize that pot is no panacea.

“Cannabis cannot be used to treat all kinds of pain,” said Jahan Marcu, scientist at Americans for Safe Access, a nonprofit medical-marijuana advocacy group. “It’s not going to help you with a broken leg.”

But unlike opioids, which have spurred a rising tide of fatal overdoses, cannabis-based products are not deadly.

Barth Wilsey, scheduled to speak Wednesday at the NIH summit, has led research on marijuana and neuropathic pain as director of the University of California Center for Cannabis Research.

“The evidence is moderate,” Wilsey said, referring to an analysis published in JAMA last year that evaluated 63 studies on THC, the most-researched molecular compound in marijuana, for treating pain.

Several of those studies, led by Wilsey and published in the Journal of Pain, found low doses of THC significantly reduced neuropathic pain.

In addition, results from a Canadian study published last year in the Journal of Pain found medical marijuana was mostly safe for treating chronic pain.

Recently in Jerusalem, 176 patients with chronic pain, many of whom got little relief from opioids, were given a 20-gram supply of marijuana every month for two years. The patients reported a “long-term improvement in pain scores” along with a “significant reduction in opioid use,” according to researchers from the Hadassah-Hebrew University Medical Center. The study was published last month in the Clinical Journal for Pain.

No large-scale clinical trials have been conducted, in part because such trials are generally undertaken by pharmaceutical companies. Because marijuana remains a Schedule I drug under DEA rules, no company can market it for prescription use, though some prescription drugs do contain derivatives from cannabis.

The finding about marijuana’s effect on opioid use echoes a 2014 study at Penn. The study, led by researchers at the Perelman School of Medicine, found states that legalized medical marijuana saw a 25 percent decrease in opioid-related deaths after the law was enacted.

Wilsey said that though medical marijuana may help many people suffering from pain, and doesn’t carry the risk of fatal overdose, it does not come without hazards.

In people with coronary artery disease, consuming it may increase the risk of heart attacks “because marijuana races the heart,” he said.

An increasing number of studies indicate that in adolescents, pot can alter brain development. For some users, mental illnesses may become more acute.

“So there are a bunch of conditions.”

Source: Is marijuana an effective painkiller?