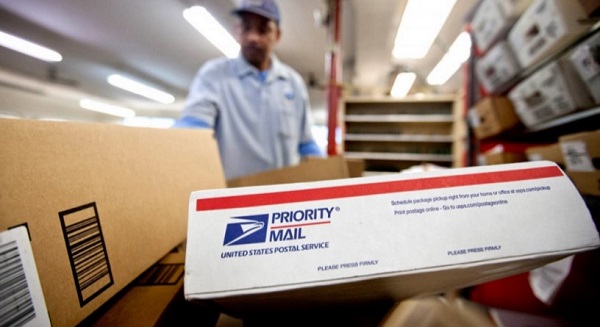 In a state that legalized medical marijuana in 1998 and recreational marijuana for adult use in 2014, newspapers have been warned against running marijuana ads. This post from The Cannabist reports how the memo sent to Northwest newspapers caused confusion and concern among publishers that have run ads for marijuana businesses.

The Friday memo pointed out it was illegal “to place an ad in any publication with the purpose of seeking or offering illegally to receive, buy, or distribute a Schedule I controlled substance,” according to a copy sent to the editor-publisher of the Chinook Observer in Long Beach, Washington.

“If an advertisement advocates the purchase of clinical marijuana through a Medical Marijuana Dispensary, it does not comply with” the law.

The memo quickly caused confusion and concern among publishers whose newspapers have published ads for dispensaries and manufacturers in the region’s now two legal cannabis industries, medical and recreational marijuana.

While Oregon voters legalized medical marijuana in 1998 and recreational marijuana for adult use in 2014, the plant is still illegal at the federal level. Any newspaper with pot ads would violate a federal law preventing advertising for illicit goods, the postal service said.

That’s left publishers seeking answers in parts of Oregon, where medical marijuana shops exploded in number and later converted to recreational shops that use billboards, websites and news ads to showcase their products in a highly competitive market.

If the postal service, which delivers newspapers for some subscribers, refused to deliver papers with marijuana ads in them, it could have a potential chilling effect on news outlets that are scrambling to find new revenue.

“For our weekly in Washington state, Chinook Observer, it’s a large deal,” Steve Forrester, president and CEO of the EO Media Group, which publishes the Observer, said Tuesday. “They’re about a 6,000 circulation (paper). Half of it goes through the mail, which is true of a lot of rural weeklies.”

Mark Scarborough, postmaster in Long Beach, delivered the news to the Observer and declined to comment on the memo, which he called a “reminder of existing federal law” that “was not a directive.”

It wasn’t clear what provoked the reminder. A USPS spokesman only cited the federal law mentioned in the memo.

Forrester said he has contacted the offices of Sen. Ron Wyden and Rep. Earl Blumenauer, both Oregon Democrats who are avid supporters of the marijuana legalization effort, and was waiting to hear back.

Staff members for Blumenauer and Wyden confirmed the offices talked by phone with the U.S. Postal Service to hear more about the issue. They say they have asked for clarification from the agency on “what appears to be an outdated interpretation” of the law.

“Both the senator and congressman expect an explanation as soon as possible and are committed to working toward a resolution that reflects the decision made by their constituents at the ballot box to legalize and regulate marijuana,” Hank Stern, a Wyden spokesman, said in an emailed statement.

It wasn’t immediately clear how wide of an impact the memo would have on newspapers if they had to stop advertising for the state’s hundreds of marijuana businesses, said Laurie Hieb, executive director of the Oregon Newspaper Publishers Association.

“There’s a lot of weeklies that are doing like Pamplin Media Group that deliver in the mail, but they choose not to do marijuana advertising for readership tolerance level reasons,” Hieb said.

Mark Garber, president and publisher of the Portland Tribune, a Pamplin Media Group outlet, said Tuesday the paper had already decided it wouldn’t run ads promoting marijuana prior to the postal service memo.

“We just want to adhere to the policies we think are promoting the health of Oregon,” Garber said in a message to The Bulletin. “And so we had already chosen with our 25 papers not to have marijuana advertising.”

Teresa Pearson, publisher of the Rogue River Press, a weekly Southern Oregon paper with a circulation of about 2,000, said the paper routinely runs ads for some of the region’s businesses that are affiliated with marijuana.

“We have a lot of advertising where they say Herbal Resource Center. We would not have medical marijuana put on that ad,” Pearson said. “There are several herbal resource centers that sell different types of herbs and not just marijuana, so I guess that’s something to look into also, because I don’t know.”

The Bulletin runs ads for marijuana businesses and that revenue “so far has been insignificant,” said Publisher John Costa.

“We do use USPS for some home delivery, but again, the number is tiny,” Costa said, putting the number at just over 100 copies.

Hieb said that although the newspaper publishers group is looking for legal clarity on the issue, she’s advising members not to run marijuana ads if they use the postal service for some delivery, fearing USPS could “seize all papers.”

“It seems to me like they’re being warned, which means they’re going to keep an eye out,” Hieb said.