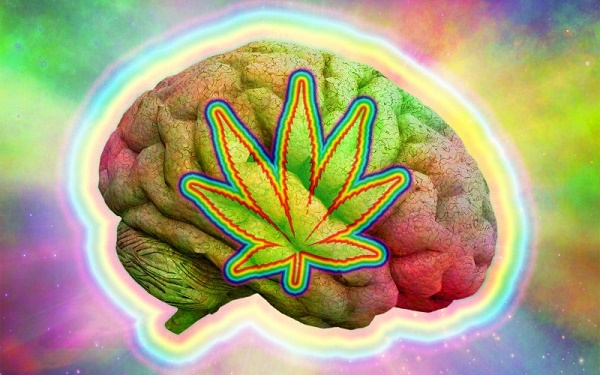 Scientists have identified the genes that predispose people to cannabis addiction. This post from the Daily Beast highlights that the pot dependence genes are also linked to schizophrenia and depression.

According to new research, you don’t sit around in sweatpants andsmoke pot simply because you’re lazy. Such a habit could be the result of a genetic inheritance. It’s your biology.

For their study, which was published in JAMA Psychiatry, Dr. Gelernter and his team analyzed the genes of nearly 15,000 people sampled from three independent substance dependence cohorts. The participants were being followed for several years in order to try and understand the genetics of various types of addiction.

Between 18 and 36 percent of the sample had an addiction to cannabis. These percentages are proportionally higher than the 10 percent of people who, on average, develop a dependence to cannabis. In order to up their chances of finding predictive genes, a higher number of people with CAD was needed.

These results help explain prior research into cannabis dependence that Dr. Gelernter alluded to earlier. For instance, a 2002 study found that 90 percent of people with CAD had some other psychiatric condition. If cannabis dependence shares some of the same genes with disorders such as major depression, then that finding of a 90 percent co-occurrence makes all the more sense.

But one must interpret these results carefully. The authors from Yale write, “Substance use and other psychiatric illnesses may share common genetic risk factors,” or the reverse might be true, that “self-medication, or confounding by other factors may explain their co-occurrence.”

It’s been hotly debated among scientists whether the use of cannabis early in life eventually leads to depressive symptoms later on, or whether people self-medicate such symptoms with cannabis, in order to feel better. The latter is often referred to as the self-medication hypothesis. One recent study found evidence for the former, that cannabis use in young adults eventually leads to depression later in life. On the contrary, another study found no evidence that cannabis use causes depression and other conditions.

But, whichever direction the causal arrows point, this knowledge will help us better understand those who struggle with marijuana use, and why some people get addicted and others don’t.

This is especially true for young people, as Time reporter Maia Szalavitzwrites, “Teens who feel socially disconnected are at the highest risk for all types of addictions, and research shows that one of the best ways to prevent teen drug problems is to identify such youth early, before they turn to drugs.” Perhaps with genetic testing, parents will better know if their child is at risk for addiction.

Turning to the second major finding of the Yale study, that marijuana and schizophrenia share certain genes, sheds light on another area of contention within science. Prior research does suggest that the early use of cannabis in young people is associated with a later onset of psychosis and schizophrenia. This is a long standing correlation which has been studied for years, but some studies argue it’s indeed the cannabis that eventually causes the schizophrenia. But again, the direction of causality is hard to prove.

Though these findings may raise more questions than answers, this study offers more evidence that addiction can be traced back to complex, biological interactions between our genes and the environment. Hopefully the days of labeling people addicted to drugs as willpower-less sinners are behind us.

There is still one looming question: What does all of the science mean for the rapidly growing marijuana decriminalization movement?

“These results don’t really bear directly on arguments about the harm caused by marijuana or the advisability of legalization,” said Dr. Gelernter. “Our study is more related to a different kind of idea—that some people, if they use marijuana, are biologically at higher risk of eventually becoming dependent, than other people.”

Source: If You Have This Gene, Don’t Smoke Weed – The Daily Beast