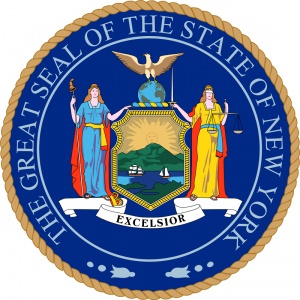 Medical marijuana became available this year in the Empire State, leaving many patients and marijuana advocates asking for more. This post from The Weed Blog highlights the ways in which New York’s medical marijuana program falls short.

For patients and advocates, the very limited arrival of medical marijuana in the Empire State is not the end point they hoped to achieve. Now, instead of resting on their laurels, they will have to continue to fight to make the program one that actually serves the needs of New Yorkers.

“It’s a start,” said the Drug Policy Alliance’s Julie Netherland, until recently the deputy director of the group’s New York Policy Office, where she was deeply involved in massaging the law through the legislature and past a reluctant governor. “It’s the first time New Yorkers can legally purchase medical marijuana, and it’s the result of the hard work of thousands of patients and family members across New York.”

But, she was quick to grant, the program has some serious issues, immediate ones in the way the program has been rolled out and longer-term ones with the statute itself.

Under the law, before doctors can recommend medical marijuana to patients, they must complete a $249 four-hour course on the drug and then register with the Health Department. As of Thursday, only 306 physicians had done so. Unlike neighboring New Jersey, the Health Department maintains no public registry of doctors certified to recommend medical marijuana, making it that much more difficult for potential patients to find doctors who might certify them to purchase it. So far, only 465 patients have been certified by the department to buy medical marijuana.

“This is the number one complaint of patients,” said Netherland, sketching out an almost Kafkaesque process. “The Health Department is telling me if I’m a patient, I should go see my doctor and see if he participates in the program and if not, to encourage him to register,” she said. “If the doctors says he’s not going to register, then I’m supposed to ask him for a referral, but the doctor isn’t going to know about any list of certified doctors to refer me to, and then it’s incumbent on me to tell him. It’s just another set of hoops for patients to jump through.”

At least the Health Department has now agreed to make the list of certified physicians available to patients.

In a state of 20 million, only eight dispensaries opened January 7, and only another dozen are envisioned under theJune 2014 medical marijuana law. Weedmaps lists only three for New York City — one each in Manhattan, the Bronx, and Queens. By way of comparison, Los Angeles had 135 permitted dispensaries and probably three times as manyactually operating.

New York is not only heavily populated, it’s big. With only 20 dispensaries, large geographical swathes of the state will remain without access. Long Island, for instance, will have two dispensaries, but right now, it’s a two-hour drive into the city.

“I’m disappointed that only eight dispensaries will open by the deadline,” said Missy Miller from Atlantic Beach. “There are none opening on Long Island, which leaves my son Oliver, who suffers from life-threatening seizures, out of luck. This only highlights concerns we have had all along that the state has licensed way too few producers and dispensaries to serve a state as populous and geographically large as New York.”

Unlike the majority of medical marijuana states, patients can’t just grow their own. That means they are dependent on the dispensary system, with all its limitations.

The state law only allows medical marijuana for a list of specified medical conditions, including cancer, HIV/AIDS, Parkinson’s disease, multiple sclerosis, and chronic pain. The law allows the Commissioner of Health to add other diseases and conditions, but just last week, he refused to add PTSD, Alzheimer’s, muscular dystrophy, dystonia, rheumatoid arthritis.

“We’re hearing every day from patients with all kinds of conditions,” said Netherland. “The commissioner was directed by law to consider those five additional conditions, but he declined to add any. That was a huge blow to patients across the state hoping he would do the right thing. Half the medical marijuana states include PTSD; we thought there was strong scientific evidence to include it.”

Limitations on Forms of Ingestion

The law bans the sale of smokable marijuana. New York joins Minnesota as the only two medical marijuana states that ban smoking; 21 others do not. The state will only allow oils and capsules that can be administered orally, and liquid forms of marijuana may also be vaporized.

“The law prohibits any smoking, but regulations prohibit any access to the whole plant,” said Netherland. “That means all the products will be extracts, oils, or tinctures. This is also an issue for a lot of our patients.

The law only provides for five producers, and each producer can only grow five strains.

“We know there are dozens and dozens of therapeutic strains,” said Netherland. “We’d like to have the flexibility to match symptoms with strains. One of the issues is that all of the products have to be approved by the Health Department.”

Advocates sought unsuccessfully to get provisions to ensure access for low income patients. Medical marijuana is not covered by insurance, and could run between $200 and $1300 a month, depending on the product and the condition. Now it will be up to the charitable instincts of dispensaries.

“There’s lots of room for improvement,” she said. “We anticipated a lot of these problems when the law was passed, and we’re looking at going back to the legislature. We’ll be back in Albany in the coming months talking about the need to expand the program and make it work from the patient’s standpoint.”

It looks like there’s plenty of work to be done.