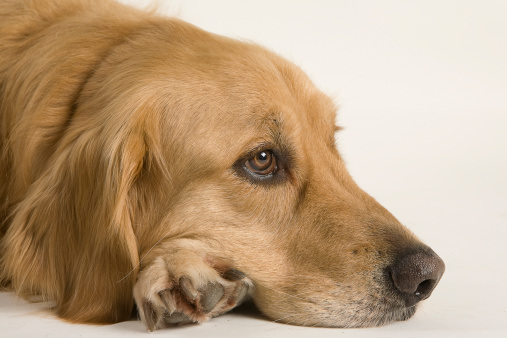 This post from TIME gives a low-down on the newest frontier of the medical marijuana revolution: cannabis-containing edible treats and capsules that are meant for sick or aging pets.

Be sure to consult your veterinarian first

Now that 23 states have given medical marijuana the green light (with even recreational use now allowed in another four states and Washington D.C.), growing weed has become a growing business. The newest frontier: getting Fido and Fluffy on board with the cannabis revolution.

Relax. We’re not talking about rolling doobies with your dog, or seeing “pretty colors” with your cat. Nope, these are cannabis-containing edible treats and capsules that are meant for sick or aging pets.

CBD, in fact, does not produce a high, and it’s true that it’s been studied as a potential treatment for epileptic seizures and pain relief for cancer patients.

So, as Cote explained to ABC News, the theory is that since aging canines share a lot of the same health problems as humans, there must be a market for pot-laced dog “medicine.” Sold online ($22 per bag of 40 treats, treatibles.com), Treatibles contain 40 milligrams of CBD per treat and makers advise giving one per 20 pounds of your pet’s weight.

“What we’ve seen is that some of these dogs respond very rapidly,” Cote told ABC News. “One woman from Fort Bragg was ready to put down her dog due to how sick and in pain he was, but the day before he was scheduled to go under, she administered our treats and just like that the dog was up, walking around, and acting normally again.”

Canna Companion, another pot-for-pets proprietor based in Sultan, Washington, also boasts of amazing results for customers. One such testimonial posted on their website reads: “It seems as though [Canna Companion] is the best kept secret in the animal world for pain management and anxiety issues. I originally ordered it for my cat Robbie for anxiety/inflamed bladder issues and it works! Robbie has had issues for the past year or so, and now they are all but gone.”

Even so, the American Veterinary Medical Association hasn’t taken an official stance, and even in states where marijuana is legal, veterinarians are not allowed to prescribe cannabis products to their patients. (Though that may change: In Nevada, where medical use for humans is legal, the legislature is currently debating a bill that would allow vets to prescribe it to pets.)

Producers of these treats and capsules also have to be careful about any claims they make about their products. According to ABC News, the U.S. Food and Drug Administration sent Canna Companion’s co-owner (and a veterinarian) Sarah Brandon a notice, stating that the capsules were an “unapproved new animal drug and your marketing of it violates the [Federal Food, Drug, and Cosmetic] Act.”

That kind of cautionary approach makes sense, say some experts, who point out that since these products aren’t regulated by the FDA, there’s no real way of knowing what you’re getting—or what the potential side effects might be. Says Tina Wismer, medical director of the ASPCA Animal Poison Control Center, in an interview with Health: “These products show potential, but there’s not a lot of research at this point. No one is even sure what the correct therapeutic dosage is. For example, in the ‘Frequently Asked Questions’ section on one of the websites, a customer asks, ‘How much should I give my pet?’ And they answer—I’m paraphrasing here: ‘Whatever you think would help.’ Well, that’s extremely vague.”

Not to mention, potentially dangerous: A 2012 study published in the Journal of Veterinary Emergency and Critical Care found that the number of dogs treated for marijuana overdoses at two Colorado veterinary hospitals quadrupled in five years following the legalization of medical marijuana in the state.

Sometimes it’s a case of owners deliberately administering cannabis products (hash-laced brownies, for example) to their pets, experts note. Other times, ingestion happens by accident—say, animals inhaling second-hand pot smoke or getting into their owner’s unattended stash. Wismer, who hasn’t heard of any problems with Treatibles or Canna Companion specifically, says she has fielded more than a few panicked calls at poison control about accidental exposures to pot in general—with sometimes scary results.

“You would think they’d become sedated and wobbly, but almost a quarter of them become quite agitated,” says Wismer. “They’re trying to pace. They’re panting. You reach out to pet them and they jerk their heads away.” In fact, Wismer adds, dogs that ingest large amounts of THC sometimes need to be put on fluids and have their heart rate monitored. Scary, right? (Although the commercial dog treats contain little or no THC, according the manufacturers.)

The bottom line here: You probably shouldn’t feed your pet cannabis—in any form—without talking to your vet.

via What You Should Know About Medical Marijuana for Pets | TIME.