In this post from Forbes, Jacob Sullum highlights how a path-breaking bill would legalize the use of medical marijuana in states that allow it.

This week Georgia’s legislature overwhelmingly approved a bill that allows people suffering from certain medical conditions, including epilepsy and multiple sclerosis, to treat their symptoms with cannabis oil that is low in THC but high in cannabidiol (CBD), a nonpsychoactive compound with considerable medical promise. But like the CBD laws adopted by 11 other states, Georgia’s bill, which Gov. Nathan Deal says he will sign, does not legalize production or sale of the medicine it permits patients to take. In fact, it says anyone “who manufactures, distributes, dispenses, sells, or possesses with the intent to distribute low THC oil shall be guilty of a felony” punishable by up to 10 years in prison. The bill does allow registered patients and their caregivers to possess up to 20 fluid ounces of CBD oil, but they will have to get it somewhere outside of Georgia and commit a federal felony by bringing it home.

A bill introduced in the U.S. Senate on March 10 and in the House on Tuesday would address that problem by decriminalizing transportation of CBD oil from states that allow its production to states that allow its use. The Compassionate Access, Research Expansion, and Respect States (CARERS) Act also would help patients in the 23 states that allow medical use of cannabis itself. The bill, which has bipartisan support, would amend the Controlled Substances Act (CSA) so that the federal ban on marijuana does not apply to people who grow, distribute, or use the drug for medical purposes in compliance with state law. Since this is the first time a bill legalizing medical marijuana has been introduced in both houses of Congress, the CARERS Act could represent a turning point in the national debate about this much-maligned plant.

The bill’s chief Senate sponsors are Rand Paul (R-Ky.), Cory Booker (D-N.J.), and Kirsten Gillibrand (D-N.Y.). “The fact that these rising stars have taken on this issue is a really good sign that this is an issue whose time has come,” says Bill Piper, director of national affairs at the Drug Policy Alliance (DPA). So far the CARERS Act has attracted two additional cosponsors in the Senate, both of whom represent states with medical marijuana laws: Dean Heller (R-Nev.) and Barbara Boxer (D-Calif.). The bill was introduced in the House by Reps. Steve Cohen (D-Tenn.) and Don Young (R-Alaska).

Although Senate Judiciary Committee Chairman Chuck Grassley (R-Iowa) is not keen on the bill, it combines themes—federalism and medical autonomy—that should appeal to legislators on both sides of the aisle, especially in light of growing public support for marijuana reform. “We really feel that this legislation has legs,” says Michael Collins, policy manager at DPA’s office in Washington, D.C. “There is pressure on senators to take action. They’re hearing from constituents.”

Facilitating access to CBD may be the least controversial aspect of the bill. As reflected in the Georgia vote, many conservatives who are otherwise staunch pot prohibitionists are willing to allow medical use of a nonpsychoactive cannabis derivative, especially after they hear stirring stories about the drug’s effectiveness in patients who have tried other medications with little success. Kate Hintz, a New Yorker whose 4-year-old daughter suffers from a severe form of epilepsy known as Dravet Syndrome, notes that many families, upon hearing about the benefits of high-CBD marijuana for patients with drug-resistant epilepsy, “instantly packed up their belongings and headed to Colorado,” where “they are known as ‘marijuana refugees.’” Finding that high-CBD marijuana dramatically reduces the frequency of seizures, they dread returning to a state where they cannot legally obtain it. Hintz adds that “other families have begun to quietly travel back and forth, transporting medication across state lines to their children” and committing federal felonies each time they do. The CARERS Act would allow people to obtain this promising medicine without having to relocate or resort to legally perilous smuggling. 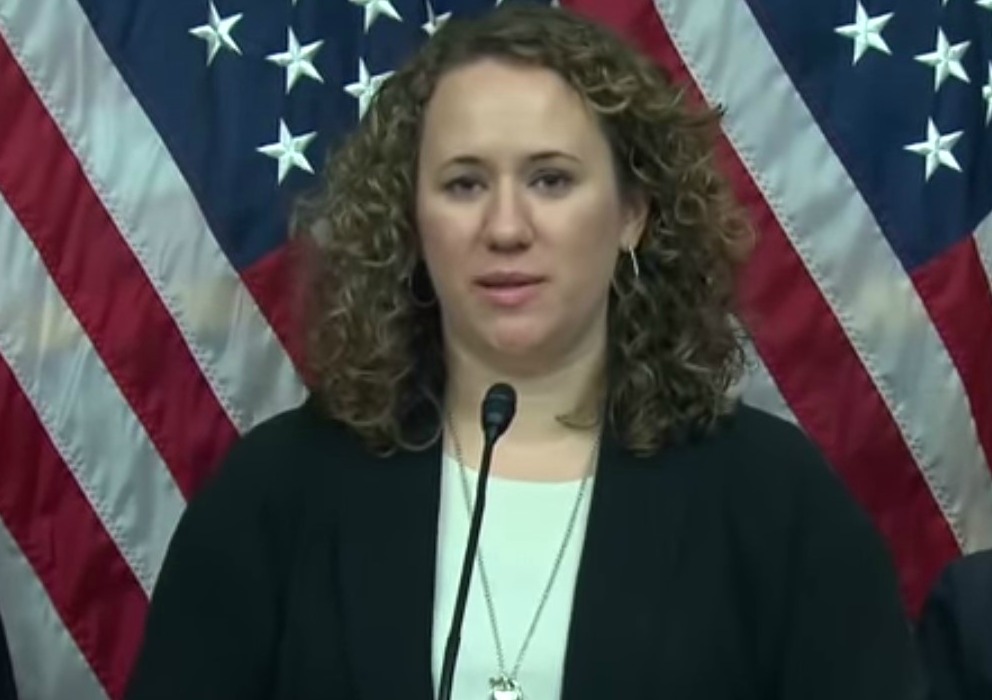 In addition to children with epilepsy, sympathetic beneficiaries of the CARERS Act include military veterans suffering from physical or psychological injuries as a result of their service. The bill would eliminate a Department of Veterans Affairs rule prohibiting physicians who work in its medical facilities from recommending marijuana to their patients. “This opens up a line of communication that has not been available in the Department of Veterans Affairs,” says T.J. Thompson, a Navy veteran who uses marijuana to treat post-traumatic stress disorder. “It allows us to openly discuss [medical marijuana] with our doctors, and it allows doctors to recommend medical marijuana in states that have decided to legalize it.”

Since almost everyone claims to favor scientific investigation of marijuana’s medical benefits, facilitating research is another goal of the CARERS Act that should attract broad support. The bill would eliminate the extra layer of review by the U.S. Public Health Service that is required specifically for studies involving marijuana, and it would instruct the Drug Enforcement Administration to license three sources of cannabis in addition to the National Institute on Drug Abuse. NIDA’s marijuana monopoly is a major barrier to research, forcing scientists to beg for supplies even after their studies have been approved by other agencies.

The CARERS Act also would move marijuana from Schedule I, supposedly reserved for drugs with no accepted medical use, to Schedule II, the most restrictive category for prescription drugs. That change would not automatically make marijuana available by prescription, since any preparation doctors could legally prescribe still would have to be approved by the Food and Drug Administration. But moving marijuana to a lower schedule would officially acknowledge the evidence that it is a safe and effective treatment for symptoms such as nausea, pain, and muscle spasms, and it might make the administrative hassle associated with research less intimidating. Suzanne Maria De Gregorio of the Parents Coalition for Rescheduling Medical Cannabis says moving marijuana down one level also could make hospitals and schools less reluctant to let patients use their doctor-recommended medicine.

Yet the rescheduling provision is controversial among both prohibitionists and reformers, for different reasons. Prohibitionists like Grassley can be expected to resist any reclassification that looks like a move toward legalization, while marijuana activists generally do not think the plant belongs in Schedule II, which is for substances that have medical value but also have “a high potential for abuse” that “may lead to severe psychological or physical dependence.” The DPA’s Piper emphasizes that the move to Schedule II is meant to trigger a re-evaluation of marijuana’s legal status—a process the executive branch has the authority to undertake independent of Congress—after which it may end up in a lower schedule. Even then, recreational use would remain illegal as long as marijuana is a controlled substance. 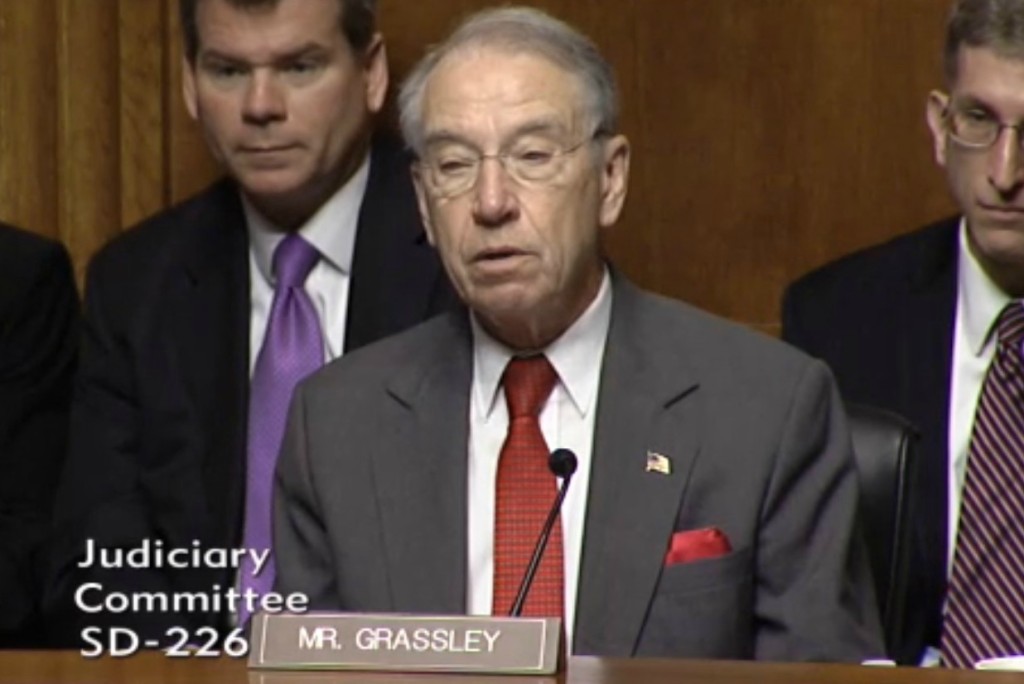 The rescheduling mandated by the CARERS Act “sets in motion the process by which marijuana would become available as a prescription medicine, but that’s going to take time,” Piper says. “It’s going to take years and lots of money to do the research studies necessary to move marijuana, or a particular strain of marijuana, through the FDA system. In the meantime, what everyone is doing at the state level will be protected. That’s the most important part.”

It may also be the most contentious part, since it amounts to a partial repeal of federal prohibition, contingent on state policy choices. And if federalism means Congress must respect state decisions regarding medical use of marijuana, the same constitutional logic surely applies to recreational use.

At least one provision of the CARERS Act points in that direction, lifting barriers to banking for marijuana businesses that comply with state law, whether their customers are patients or recreational consumers. Borrowing language from the Marijuana Businesses Access to Banking Act of 2013, the bill would bar federal prosecutors and regulators from penalizing financial institutions for serving “marijuana-related legitimate businesses.” It would also relieve banks of the requirement to file “suspicious activity reports” on such customers.

Those provisions address one of the major logistical and financial problems facing medical marijuana suppliers, who are legally risky customers for banks. “Small business owners like me face enormous hurdles resulting from an inability to access the banking system,” says Corey Barnette, owner and operator of District Growers, which produces marijuana for patients in Washington, D.C. “We operate largely as cash businesses. That means we store large quantities of cash, which can be a security risk. Otherwise simple tasks become huge hurdles and significant burdens solely because we are locked out of the banking system.” Barnette has to pay employees, his landlord, utility companies, accountants, and “every other service provider that we use” in cash, “simply because checking is unavailable.” He also has “no access to debt financing, no working capital lines of credit, and no corporate credit cards or debit cards.”

The CARERS Act would help medical marijuana businesses like District Growers, but it would also help recreational marijuana merchants in Colorado and Washington (as well as their counterparts in Oregon and Alaska once pot stores start opening in those states). “Cannabis-related businesses of all kinds would no longer face the dangerous and absurd situation of being denied basic banking services,” says Aaron Smith, executive director of the National Cannabis Industry Association. As far as I’m concerned, the broad reach of the bill’s banking provisions is an advantage, but legislators with a lingering attachment to pot prohibition might not see it that way.

“The bill would make sweeping changes to federal marijuana and banking laws, including fundamentally altering the relationship between federal and state law in these areas,” Chuck Grassley’s office says in a statement it recently sent to San Francisco Chronicle columnist Debra Saunders. “Especially given the many other matters presently before the Judiciary Committee, the committee is unlikely to take up a bill in the near future that remakes these laws so broadly. However, Senator Grassley is looking at ways to lift any unnecessary barriers that may hinder responsible scientific research into the medical risks and benefits of potential marijuana-based medicines, such as cannabidiol (CBD), which appears to show promise in treating rare forms of epilepsy and other conditions affecting children.”

In the short term, the CARERS Act may help identify areas, such as regulatory barriers to research, where even committed drug warriors like Grassley agree that reform is needed. In the longer term, the bill helps make marijuana federalism respectable, even though letting states go their own way means scaling back the nationwide ban. “This is the first time that the Senate has taken a serious look at this issue,” Collins says. “This legislation is a huge step forward in ending federal prohibition for any form of marijuana.”

via Path-Breaking Bill Would Legalize Medical Marijuana In States That Allow It – Forbes.