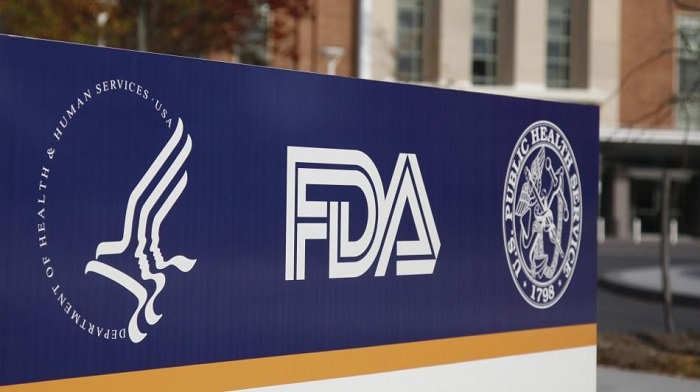 In a public notice FDA describes CBD as beneficial. This post from Colorado Springs Independent highlights how this puts the FDA at odds with DEA, which considers CBD to have no medical benefit.

The Federal Drug Administration (FDA) wants to hear from you.

In a notice published to the federal register this week, the agency, which regulates pretty much anything that goes into your body, announced that it’s “requesting interested persons to submit comments concerning abuse potential, actual abuse, medical usefulness, trafficking, and impact of scheduling changes on availability for medical use of 17 drug substances.”

FDA will then funnel those comments up the chain and out of the country, though they could come to impact domestic drug policy.

Some context: the United States is party to the 1971 Convention on Psychotropic Substances, a United Nations (UN) treaty meant to curb drug trafficking and abuse by restricting imports/exports, limiting use to scientific and medical settings, and compelling member nations to punish infractions of the treaty. It’s like the international version of the Controlled Substances Act (CSA). So, ahead of an upcoming meeting scheduled for Nov. 6-10 in Geneva, Switzerland, World Health Organization (WHO)’s Expert Committee on Drug Dependence (ECDD) is gathering input from member nations’ health departments to prepare recommendations for the U.N. Secretary-General, subject to a vote by the United Nations Commission on Narcotic Drugs (CND). If the UN ends up changing its drug controls, it’s likely that member nations, including the U.S., would follow suit.
OK, so here are all the substances under consideration: Ocfentanil; Furanyl fentanyl (Fu-F); Acryloylfentanyl (Acrylfentanyl); Carfentanil; 4-fluoroisobutyrfentanyl (4-FIBF); Tetrahydrofuranylfentanyl (THF-F); 4-fluoroamphetamine (4-FA); AB-PINACA; AB-CHMINACA; 5F-PB-22; UR-144; 5F-ADB; Etizolam; Pregabalin; Tramadol; Cannabidiol; Ketamine.

Good for you if you know what half those substances are. About that last one, Time Magazine just ran an illuminating cover story on Ketamine, the party drug that’s showing promise as an anti-depressant.

What jumped out to us is the FDA’s description of Cannabidiol (CBD), emphasis ours:

Cannabidiol (CBD) is one of the active cannabinoids identified in cannabis. CBD has been shown to be beneficial in experimental models of several neurological disorders, including those of seizure and epilepsy. In the United States, CBD-containing products are in human clinical testing in three therapeutic areas, but no such products are approved by FDA for marketing for medical purposes in the United States. CBD is a Schedule I controlled substance under the CSA. At the 37th (2015) meeting of the ECDD, the committee requested that the Secretariat prepare relevant documentation to conduct pre-reviews for several substances, including CBD.

That little phrase is a big deal, since it puts the FDA at odds with another executive branch agency, the Drug Enforcement Agency (DEA), which (possibly illegally) considers CBD to have no medical benefit. (Medical benefit is, of course, a defining characteristic of drug scheduling that, consequently, has a major effect on criminality, health applications and scientific research.)

Many people, here in Colorado and nationwide, can attest to the therapeutic properties of CBD. If you’re one of those people, and you want FDA and WHO to hear about it, you can submit a comment up until September 13.