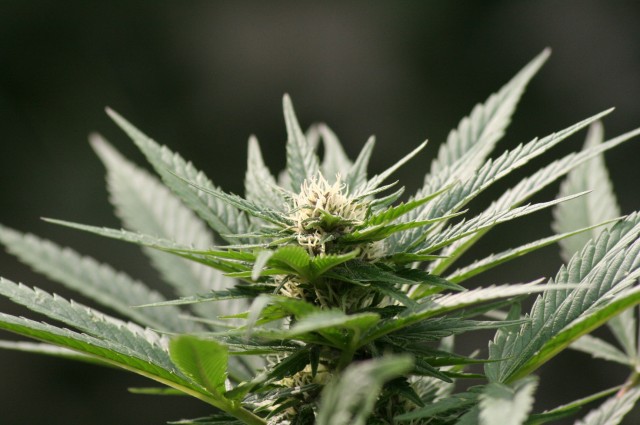 In this post from IFL Science, Justin Alford reports how scientists have discovered a novel mechanism of action of cannabidiol against lung cancer cells.

In recent years, there has been a growing interest in the use of cannabinoids, such as THC and cannabidiol (CBD), as potential anticancer agents. They have yielded promising results in both in vitro (cells in a dish) and in vivo (animal) studies, demonstrating a plethora of antitumor effects such as promoting cell death and decreasing cell migration and invasion. While they may look great on paper, support for their efficacy in clinical settings is lacking as no human cancer trials have so far been published. Furthermore, scientists actually know little about how they exert their effects on cancer cells.

A few weeks ago, light was shed on one mechanism of action thanks to a UK study that identified previously unknown signaling platforms that mediated the anticancer effects of THC. Some are hesitant about using THC, however, given the unwanted psychoactive side effects. CBD may therefore represent a more useful therapeutic agent.

In a recent study, published in Biochemical Pharmacology, scientists set out to unpick CBD’s antitumor properties in the lab. Previous work had found that cannabinoids increase the levels of a sticky protein called intercellular adhesion molecule 1 (ICAM-1) on lung cancer cells which decreases their invasiveness and ability to spread (metastasize). However, how they promote cancer cell death was unknown.

To address this gap in our knowledge, scientists used lung cancer cell lines and cells derived from a lung cancer patient and looked at how CBD-induced ICAM-1 affects adhesion of the cancer cells to killer white blood cells called lymphokine-activated killer (LAK) cells.

The researchers discovered that CBD enhanced the susceptibility of these tumor cells to stick to the LAK cells, subsequently promoting their lysis (destruction). Furthermore, when the researchers blocked ICAM-1 using a neutralizing antibody, the effects of CBD were reversed. Likewise, when the researchers used molecular scissors to chop up ICAM-1 mRNA (the blueprint used to make the ICAM-1 protein), or blocked the cannabinoid receptors that CBD binds to, the compound no longer caused the increase in cancer cell destruction.

The researchers then took this one step further by demonstrating that both THC and an endocannabinoid (a cannabinoid naturally produced by the body) mimic both promoted ICAM-1-dependent tumor cell killing. None of the 3 molecules tested in the study were found to increase the killing of non-tumor cells.

Taken together, these data suggest that the cannabinoid-induced ICAM-1 boost on lung cancer cells is responsible for the increased susceptibility of these cells to destruction by LAK cells. This therefore represents a previously unknown antitumor mechanism of cannabinoids, adding to our knowledge of how these compounds exert their effects on cancer cells in the lab. Whether these effects will be induced in humans with cancer, however, remains unknown.

via Scientists Discover A Novel Mechanism Of Action Of Cannabidiol Against Lung Cancer Cells | IFLScience.