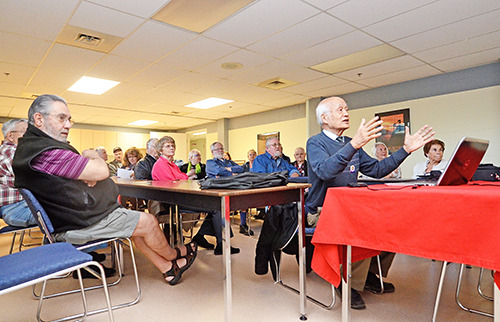 A revolutionary new paste called cannabidiol looks promising in the treatment of several illnesses including Lyme disease. In this post from Chilliwack Progress, Erin Knutson turns the spotlight on Dr. Ernie Murakami’s extensive research on Lyme disease and his early findings on the healing properties of cannabidiol paste that suggest a medical revolution could be just round the corner.

Local resident and former Hope practitioner Dr. Ernie Murakami is on the verge of a medical breakthrough that could revolutionize the face of medicine and upset a potentially grossly misdiagnosed population, according to his extensive life’s research on Lyme disease.

“The medical profession is being criminally negligent,” said Murakami of misdiagnosis’ being made in relation to the onset of Lyme disease.

An 84 year-old activist who now teaches at a naturopathic facility and is the founder of the Dr. E. Murakami Centre for Lyme Research was once a prisoner in the Japanese-Canadian Internment camps during World War II.

He is no stranger to controversy.

Mild-mannered in his approach — the patriarch, who was disenfranchised by the B.C. medical community, spoke passionately about his work during a recent presentation at the Fraser Canyon Hospital to a group about the effects of a relatively new paste on the market, known as cannabidiol.

The derivative of marijuana, which is also a vegetable, boasts healing properties equal to traditional methods (antibiotics,) without negative side effects, according to Murakami’s early findings.

His preliminary research suggests that cannabidiol, which can be legally purchased at the Green Cross Society of B.C. in Vancouver could potentially be used to treat a variety of illnesses including diabetes, cancer, fibromylagia, chronic pain and multiple sclerosis.

Having treated a vast number of Lyme disease patients and lecturing for over 40 years in the medical community as a specialist in bacteriology and immunology, Dr. Murakami sought treatment for chronic sufferers who experienced symptoms of pain, arthritis, fatigue, depression (with suicide ideation) mental fog and organ failure.

An undiagnosed epidemic of lyme disease in North America is presenting itself in the form of other illnesses and is correlative to the onset of Lyme disease, based on the results of Murakami’s work.

Current environmental conditions are providing a healthy breeding ground for ticks, who do not traditionally survive in cold temperatures. An influx of warm weather during winter months is allowing the pests to flourish and go undetected by their hosts.

This has been denied by the proper authorities, as stated by Murakami — and may also be linked to dwindling moose populations.

“I once had a patient who suffered from severe depression — the medical community said she was a mental case, but I insisted on doing the tests and we found that her symptoms were the result of Lyme disease (which is contracted through the implantation of a tick),” he said. “The leading cause of death in Lyme disease is suicide — the depression is that bad.”

Conservative in his approach toward marijuana, Murakami was dead against the use of pot smoking, but became interested in the benefits of cannabidiol paste, as it didn’t possess the psychotic effects traditionally associated with marijuana usage.

After discovering he had a brain tumor Murakami used the paste to treat it, after researching a case where cannabidiol dissolved a Glioma tumor. This resulted in its disappearance.

“I thought this was an impossibility, until I saw the MRI reports showing the absolute resolution of the tumor in four months,” he said.

Other anecdotal cases of cannabidiol treating chronic infections, which have been resistant to standard antibiotics have been cited in his preliminary research; suggesting, the possibility that cannabidiol has an antibiotic effect.

Research, which is in its initial stages and involves testing cannabidiol on live spirochetes (infectious bacteria,) has stood up to preliminary inquiry and provided solid evidence for the necessity to continue with further testing.

“I made them better and I was condemned for it,” said Murakami of the reception of his work by the medical profession and by UBC, where he was a teacher for five years.