The evidence surrounding CBD and its ability to assist with opioid addiction treatment and withdrawal is compelling. This post from SOL*CBD highlights the promise CBD shows! 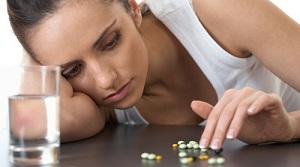 An estimated 64,000 or more Americans died from overdoses last year alone. That means an average of more than 175 people died every day, and more than seven each hour. President Trump stated, “We can be the generation that ends the opioid epidemic. We can do it.”

However, the declaration did not come with any funding. It will allow existing government grants to be redirected in ways that better support patients suffering from this addiction. It also will expand access to medical care into more rural areas. Still, no new dollars will be added to the fight.

Several healthcare leaders met President Trump’s declaration with dismay and criticism. Dr. Joseph Parks, medical director for the National Council for Behavioral Health, asked, “How can you say it’s an emergency if we’re not going to put a new nickel in it?” He later added, “As far as moving the money around, that’s like robbing Peter to pay Paul.”

This news leaves many wondering just what exactly a true solution will look like. It also brings up questions, such as “How can we reduce the suffering for those already afflicted with addiction?” and “Is there a natural approach to this crisis?” 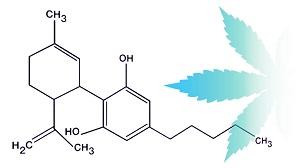 The answer may lie with CBD.

Research has provided promising evidence that cannabidiol, or CBD, may be effective in treating numerous health conditions. Unlike THC, CBD is not psychoactive, so users do not experience any psychological effects or a ‘high’ after consumption.

The medicinal properties of CBD may include:

These medicinal properties may be what has made CBD a promising alternative therapy for many addictions. Several studies have shown CBD may assist in reducing addictive behaviors as well as mitigating withdrawal symptoms, including nausea, mood swings, anxiety, and pain. In addition, little to no side effects have been reported with CBD use.

One study found that nicotine users who were encouraged to use CBD whenever they craved nicotine, reduced the total number of cigarettes they smoked by more than 40 percent in just one week. Another study conducted with opioid users had similar results.

Research has shown that CBD works to actually block the ‘reward’ effects of opioids, which is why it may be so useful in treating addiction. A University of Mississippi study, published in the Aug. 9 2017 issue of the journal Planta Medica found that when mice received just 10 mg per kilogram of cannabidiol, the “opiate reward” was blocked.

A 2015 study found CBD may be effective in treating addiction. Researchers think this is because CBD simulates several neuronal (a cell of the nervous system) circuits involved in drug addiction. In addition, because CBD interacts with the same neurological systems as opioids, including the serotonin system, scientists think it actually may help the body dissociate ‘reward’ with opioids altogether.

In fact, several addiction treatment and rehabilitation centers now are moving toward natural therapies, including CBD, to help their patients. High Sobriety, a Los Angeles-based addiction treatment center, allows their opioid-addicted patients to use cannabis and CBD to help wean themselves off of harder drugs.

Overall, the evidence surrounding CBD and its ability to assist with addiction treatment and withdrawal is compelling. By working with the body to naturally counteract the effects of opioids, and reducing withdrawal symptoms, CBD has become a promising alternative therapy. CBD just may be the breakthrough the nation needs to end its opioid epidemic, once and for all.

CBD comes in many forms, including tinctures, oils, balms, and more.

→ For more information on what CBD does to your body click here.

Disclaimer: Be sure to consult your doctor or another health professional before adding CBD to your treatment regimen. This is especially important if you are currently taking any medications. Remember, while research into the benefits and effects of CBD is very promising, more  scientific research is needed.

Source: CBD and Opioids: Is CBD A Solution to The Opioid Epidemic? | SOL*CBD