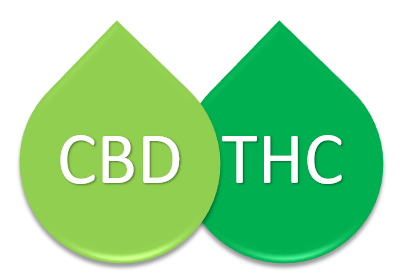 CBD can counter some of the effects triggered by THC. Why is this useful? Read more about how these two cannabinoids interact, in this post from Sensi Seeds.

CBD and THC are two of the most “popular” cannabinoids: not only are they both prominent in medical studies, their various properties, medicinal or otherwise, have been popularized by the media for the last ten years, increasing awareness and advancing the cause of the use of cannabinoids in medicine. 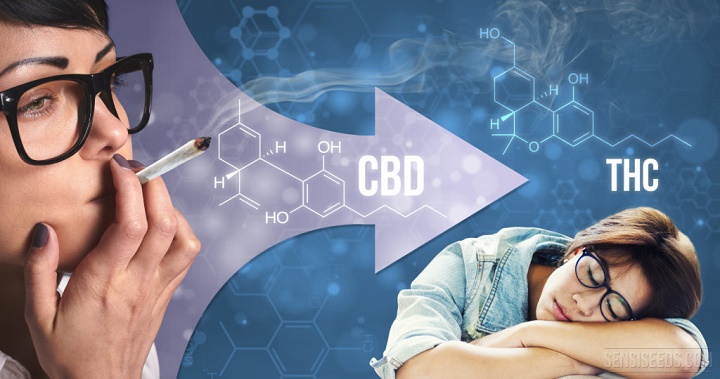 To answer everyone’s question: yes, CBD can counter the effects triggered by THC. The claim has been proven both on a clinical level, via studies meant to explore the future possibilities for pharmaceutical, cannabis-based drugs, and via recreational users.

CBD and THC levels vary among different cannabis strains. This is why varieties containing high levels of either are advertised as such, respectively, to patients, and recreational users.

From a recreational standpoint, CBD conventionally isn’t sought after, while THC is, simply because the latter is a psychoactive cannabinoid which tends to define the overall potency of a strain.
Cannabis varieties with high levels of CBD are mostly popular among patients, as well as mild recreational users looking to wind up without necessarily finding themselves in a potentially non-functional haze.

CBD to counter THC in medicine

Because of the illegal status of cannabis that remains in many countries, the use of cannabinoids for medicinal purposes is not exactly as democratized as it should be. THC, despite its countless advantages (pain management, appetite stimulant, antiemetic, intraocular pressure relief, etc.), is still the object of taboo, solely because of its psychoactive properties. CBD on the other hand, while a poor choice for recreational users, is very much focused on, in order to create treatments involving minimal side effects.

Most of THC-induced effects result from its partial agonist activity on receptors CB1 and CB2, respectively present in the central nervous system and in the immune system. Its psychoactive properties, for instance, have to do with the former. CBD interacts with both of these receptors as well, although as an antagonist. Several studies have explored the exact impact of the two phytocannabinoids via the lab testing of their synthetic counterparts. You can read more details about the two compounds’ respective actions here or here.

As one may notice upon consulting the second aforementioned study, some of the experiments are conducted purely for the purpose of countering the so-called “permanent” and “adverse” effects of THC, such as paranoia, anxiety, and memory impairment. This purpose is discussable from a recreational standpoint, and in some instances, from a medicinal standpoint. When a patient is using cannabis to alleviate several symptoms at once, some of them can be related to the benefits of THC, while others are impacted by the consumption of CBD (and possibly of other, lesser-known cannabinoids).

Nevertheless, it is interesting to imagine what consequences such results could have in the future manufacturing of cannabis-based remedies for patients who do not wish to accustom themselves to the aforementioned side effects, while still benefiting fully from their accompanying medicinal advantages.

The “entourage effect” already plays a role in this direction: by enhancing each other’s desirable effects, CBD and THC can coexist as a viable treatment option. Notably, CBD slows down the breakdown of THC in the liver, allowing for a longer efficiency of its therapeutic attributes.

However, at this time, there is no progress made in said direction. It is possible in certain countries to find CBD oil or CBD-based products catered for the growing demographic of medicinal cannabis users. Yet, despite its lack of psychoactive properties, CBD still is illegal in many places, including in most states of the US, despite the majority of them authorizing the use of medicinal cannabis.

There is much work to be done in terms of determining the exact details of how CBD interacts with CB1 and CB2 receptors, thus impacting the effects produced by THC. Certain studies have started to unveil the possibility that the effects observed may vary depending on whether or not CBD is the only cannabinoid present: for instance, if consumed via the cannabis plant in its combusted or vaporised state, a opposed to via pure CBD oil, in which, presumably*, most other cannabinoids are not present.

Finally, considering the antipsychotic properties demonstrated by CBD in this specific domain, many studies in the future should focus on its possible application in regards to natural chemical reactions, such as those observed in certain mental illnesses: bipolar disorder, schizophrenia, dementia, etc. In order for this to happen, considering the limitations entailed by the use of their synthetic versions, CBD as well as THC need to benefit from a fully legalized status.

*At this stage, 113 different cannabinoids have been identified in the cannabis plant. There is, however, no certainty that those are the only existing cannabinoids, rendering the notion of a “pure” oil in which one cannabinoid is successfully isolated,potentially inaccurate.

Many cannabis strains are advertised as “couch-lock wonders”, “powerhouses”, or even a “punch in the face”, for their extreme potency, and therefore utter ability to provide effects that are more or less sought after: enhancement of bodily sensations, enhancement of the senses, fogginess, relaxing effect, etc.
The fact that CBD can counteract the effects of THC has been put on the proverbial paper by the scientific community. Regardless, recreational consumers have tested the theory long before the well-meaning albeit very much hindered medical community could get their hands on the versatile compounds that are these two cannabinoids.

Sadly, Internet (or conversations with a cannabis-friendly audience) is the only source via which one can obtain confirmation that CBD does, in fact, reduce the effects provided by THC in a recreational context. That is: via smoking and vaping cannabis.

Several reports have been made by informed, experienced smokers. Most of these reports are borne from accidental assessments. For one reason or another, be it the sudden need for medication, lack of knowledge of the product available, or simply the desire to test a “CBD only” cannabis strain, many a smoker has experienced the unsettling feeling of suddenly letting go of a high upon taking a few vapour/smoke puffs off a seemingly innocent, theoretically recreational joint/bowl.

Advising CBD to beginners as an “emergency remedy” is increasingly commonplace, especially in newfound cannabis havens, such as the US states of Colorado and Washington. Especially in regards to consumption of edibles, new consumers have found in CBD products a sure-fire way to palliate to a potential (albeit harmless) “freak-out”. Indeed, despite edibles bearing the much-needed instruction labels required by governments, many have encountered unexpectedly overwhelming highs; an issue easily fixed with the right CBD products.
Important Note: CBD in very small quantities (less than 4%) may extend a THC-induced high. Choose your CBD product wisely!

If you are an occasional cannabis consumer, that is, if you smoke relatively regularly, but not frequently, you might be interested in the benefits of CBD to counter THC. Evidently, not on a regular basis; why spoil a perfectly good high if you do not partake very often to begin with? However, very few occasional consumers are completely safe from feeling overwhelmed. A CBD-heavy strain some place handy can go a long way in case of a fleeting moment of panic – if only as a comforting visual placebo, not unlike an inhaler for the asthma sufferer.
Besides, if you find yourself facing the opportunity to taste a particularly potent cannabis strain, you may want to experience the extent of its power only for a certain amount of time. Whipping out, say, a CBD capsule or a CBD-laced gummy bear may “save you” from an unsolicited, introspective dive into your subconscious.

What could possibly be the upside of all this, one daily recreational cannabis consumer might wonder? Absolutely none, another one retorts!
“The irresistible urge to get high again” upon consuming a CBD-dominant product, is generally the key statement heard from such consumers. Indeed, over time, as one’s daily cannabis consumption steadies or increases, one will become accustomed to the effects of THC. Think of something similar to the tolerance one develops by consuming paracetamol or ibuprofen on a daily basis, without the unfortunate health hazards, and possibilities of overdose.

But in the spirit of making the cannabis experience an inclusive one, it is important – even to those who do not need it – to wonder in which contexts recreational CBD could in fact be beneficial. We refer you to the previous subheader; you may know people who do not consume cannabis regularly, or at all. Who hasn’t appointed oneself mentor for a day, and counselled someone into familiarizing themselves with the beautiful, versatile plant that is cannabis?

Next time you do so, consider making CBD available to your mentees.

Source: Can CBD counteract the effects of THC?