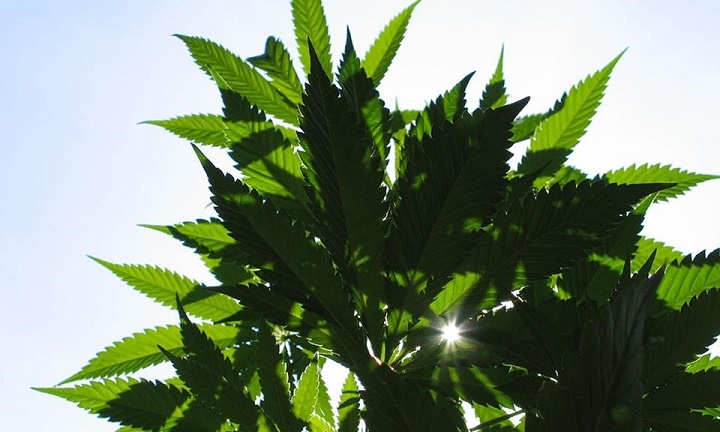 The medical effect of CBD is described as relaxing, anti-inflammatory, and anxiety-relieving. This post from Marijuana.com highlights the calming effect of CBD.

Since Dutch cannabis was cultivated under artificial light on a large scale in the late 1980s, Moroccan hashish, which had dominated the European market until that point, was suddenly no longer in demand.

Before cannabis was grown in Dutch greenhouses, only hashish or buds from Colombia, Africa or Thailand were available in coffeeshops or on the European black market. In those days, poor-quality hashish with high plant content and an active substance content of less than ten percent reached the European continent. The new indoor varieties coming out of the Netherlands were far superior to the dry and crumbly “Europlate-Hash.” Once the highly potent cannabis strains with imaginative names such as “Northern Lights,” “Big Bud” or “Super Skunk” came onto the market, the bad hash from Morocco quickly became obsolete.

However, with the increase in quality and THC content, one could see a rising number of inexperienced coffeeshop visitors haunted by sweats and panic attacks immediately following their first joint or hash-biscuit while visiting Amsterdam, Utrecht or Venlo. Although overdosing on alcohol is much more dangerous and can end in death, media outlets are still publishing headlines about consumers reporting panic-attacks and increased heart rate after overindulging in cannabis-infused edibles. Expecting a few nice hours and a pleasant trip, only a fraction of first-time or non-regular consumers think about what can happen if the dose applied is higher than personal tolerance. Particularly tricky is that most people can put out a strong joint before it’s too late, but not a high-dose edible.

New studies confirm what many believed to be true: CBD can help

Numerous studies have shown that cannabidiol (CBD) is an effective antipsychotic. Currently, there are several promising new studies on the use of CBD in psychosis andschizophrenia. Negative consumer experiences could therefore be triggered by CDB-poor varieties. Above all, considering the fact that the breeders have steadily increased the THC content of the varieties over decades, without considering the CBD (cannabidiol) content. Germany’s leading cannabinoid specialist Dr. Franjo Grotenhermen, explained in the preface to his wonderful cannabis baking book how even inexperienced users can avoid a bad marijuana experience through correct dosing.

What is a proper dose of THC?

“Start low and go slow,” 1 mg up to 5 mg per dose for new or inexperienced adults is recommended. You can always eat more later.

Unlike in the U.S., CBD is not subject to the Narcotics Act in most European countries, which has led to the proliferation of CBD products in recent years. Bedrocan, Europe’s first producer of medicinal cannabis, has developed Bediol and Bedrolite, two CBD-rich cannabis strains. Some cannabis patients prefer CBD-rich over the THC-rich strains due to their very weak psychoactive effect. The medical effect of CBD is described as relaxing, anti-inflammatory, anxiety-relieving and anti-refractive. For a few years now, European breeders have relied more heavily on such varieties in order to provide patients with the addition “medical” products they desire. This is a little misleading since THC plays an even greater role in fighting most diseases. Unlike THC, however, CBD is legally available as an extract or addition to many cosmetics, although some EU countries now have national regulations for sales.

Since CBD-rich strains are becoming more popular among growers, cannabis patients and consumers alike, breeders are giving more attention to CBD-rich varieties for medical as well as recreational application.

In this study Brazilian doctors confirmed that cannabidiol has antipsychotic properties. Due to years of selectively breeding THC-riches strains, most cannabis varieties grown under artificial light and sold in Europe have a high THC- and very low CBD-content. English researchers, whose results are supported by these studies, have found that the THC:CBD ratio has an immense impact on users with psychological problems. In 2014, I personally met a sweating, frightened and disoriented visitor of a coffeeshop who received a few drops of high-dose CBD from my companion. After 20 minutes, he still felt a little exhausted and unwell, but the acute and problematic symptoms vanished. Many coffeeshops and experience cannabis festival attendees have CBD products in their First-Aid boxes.

In the 1990s, Morocco’s farmers started using new European genetics to export better resin to Europe. The poor-quality hashish, which had previously been exported to Europe, was hardly available for sale anymore. Thus, a niche could be held on the indoor market dominated by the indoor grass. Ever since, the coffeeshops of the Netherlands have offered very exquisite Moroccan hash varieties such as “Azila” or “Moroccan Lemon Haze,” products that did not exist a decade before. Experienced consumers, people medicating for 30 or 40 years, preferred resin imported from North Africa. The DutchTrimbos Institute published a report on sample purchases in coffeeshops from 2015, finding that the CBD content of Moroccan hash is exorbitantly higher its indigenous indoor products. With an average of 7.7 percent CBD, the Moroccan hash is almost seven times higher in CBD content than Dutch indoor cannabis. Even if many breeders currently work on varieties with a higher CBD content or have already brought them onto the market, THC strains still dominate the marketplace. In the search for CBD-rich varieties, I found two CBD-rich indoor strains in the “Sibirie,” while CBD-rich Hash was available almost everywhere in town.

Particularly in the treatment of mental illnesses exists a wide range of possible CBD-therapies. However, most patients still use the positive properties of THC. Studies on Marinol and Sativex as well as almost all studies for the medical application focus primarily on THC. When I talked to a medical producer from Canada recently, he asked me about the cause of the “CBD-hype” in Europe. After hesitating a second I answered: “Contrary to THC, CBD is not as forbidden and stigmatized.”