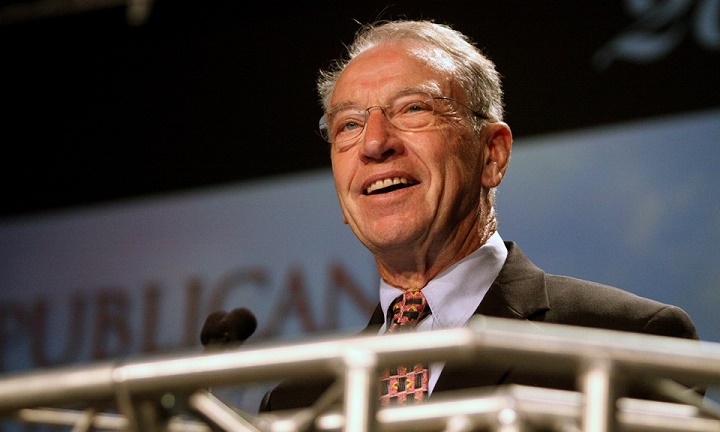 A weak, narrow bipartisan CBD bill, introduced in the U.S. Senate on Friday, left many in the medical cannabis community confused and befuddled. This post from Leafly reviews the proposal that appeared to be a maneuver to throw the cannabis community a bone!

The bill would require the U.S. attorney general to determine whether cannabidiol (CBD) should be considered a separate substance from cannabis, and, if so, whether it should be removed or rescheduled under to the Controlled Substances Act. This would open the door for medical and scientific research, but it’s another provision in the bill that has medical marijuana advocates talking.

The bill contains a “safe harbor” clause designed to protect patients from federal prosecution. Sounds good, right? Unfortunately, the provision would only apply to pediatric patients with intractable epilepsy and their parents and guardians. It would not include adult patients, cannabis products containing any form of tetrahydrocannabinol (THC), or patients suffering from any condition other than intractable epilepsy.

There are more than half a million medical cannabis patients in the United States. Of those patients, only a miniscule percentage would qualify for the safe harbor clause, while the vast majority of America’s MMJ patients would be excluded.

Some states already have CBD laws that are so restrictive, not a single patient qualifies (and one would first need access to CBD in order to be prosecuted). This includes would-be patients in Georgia, Mississippi, Missouri, North Carolina, Oklahoma, South Carolina, Tennessee, Wisconsin and Wyoming — all states with CBD laws on the books without legal avenues through which to obtain medicine.

RELATED: CBD Oil Legalized In Tennessee, But Can You Get It?

Additionally, as Beth Collins, senior director of government relations and external affairs at Americans for Safe Access, pointed out, “Many patients with intractable epilepsy, including my daughter, need THC, as do millions of patients with other conditions across the country, and we need to do something to help them, too.”

While this proposal is a step towards changing federal policy, and, admittedly, would open the door for more research on CBD, at present it is entirely too restrictive to make a positive impact, or even a discernable difference in the risks that medical marijuana patients face every day.

It’s encouraging to see bipartisan support for a federal bill related to cannabis, but, unfortunately, this particular bill appears to be a maneuver to throw the cannabis community a bone, or perhaps to distract advocates from focusing on the far more comprehensive and overarching CARERS Act. Either way, it doesn’t go far enough. Not by a long shot.