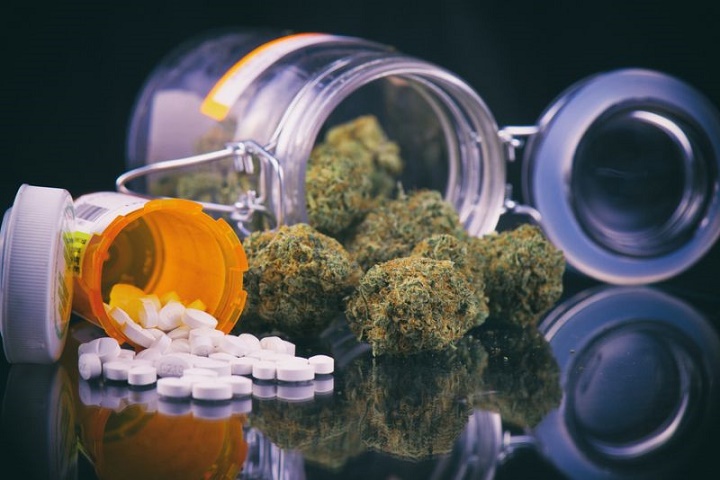 CBD shows some potential for treating opioid addiction. This post from Yahoo! News highlights the need for further research on CBD’s effect on addiction related cravings.

A component of marijuana may help heroin users resist the urge to use the drug and alleviate withdrawal symptoms, but more research should be done in this area, according to a new review of previous research.

So far, research on these marijuana compounds, called cannabinoids, for treating opioid addiction has been scarce because of certain regulations that restrict their testing in humans, according to the review. Opioids, which are made from the opium poppy or synthetic versions of it, include hydrocodone, oxycodone, morphine and heroin.

This dearth of research in the field is particularly important considering the ongoing epidemic of opioid abuse in the United States, according to the review author.

The U.S. Drug Enforcement Agency currently classifies marijuana and individual cannabinoids as Schedule I drugs, meaning they have a high potential for abuse and no medicinal value, said Yasmin Hurd, a professor of neuroscience at the Icahn School of Medicine at Mount Sinai in New York City and author of the review. This classification ultimately makes it tougher for researchers to gain permission to study these substances and requires them to follow complicated procedures to acquire the drugs for research, she told Live Science. [25 Odd Facts About Marijuana]

Some research has suggested that opioid use decreased in some states after those states legalized medical marijuana, according to Hurd.

In her review, Hurd looked at previous animal and human studies examining the potential of one particular marijuana compound — called cannabidiol, or CBD — for treating opioid addiction. For example, a study in rats published in 2009 in the Journal of Neuroscience found that CBD decreased heroin cravings in rats that had previously been trained to self-administer heroin. And a small study conducted in humans, published in August 2015 in the journal Neurotherapeutics, showed that taking CBD seemed to help reduce cravings in people addicted to heroin. This effect lasted for a week after the CBD was administered, Hurd noted in the new review.

However, that one study “is not sufficient to make sweeping conclusions about the potential efficacy of CBD to inhibit heroin craving and drug use in addicted individuals,” Hurd wrote in the review, published online today (Feb. 2) in the journal Trends in Neurosciences. More research is needed to examine the potential use of the compound for treating opioid addiction, she noted.

It is also not clear why, exactly, cannabidiol may help to reduce cravings related to addiction. However, one review based on research in animals and humans, published in October 2015 in the journal Neurotherapeutics, suggested that CBD could help control anxiety, which is a key feature of addiction that contributes to cravings and increases the likelihood of relapsing, according to Hurd.

One advantage of cannabidiol is that, unlike another marijuana compound —tetrahydrocannabinol, or THC — it does not give users a high, and therefore, its use does not involve a significant risk of misuse, according to the new review. The compound is also generally safe to use in adults and possibly in children, as suggested by tests of the compound in young patients with epilepsy, according to the review.

Because cannabidiol does show some promise for treating opioid addiction, research on developing the compound for this particular purpose should be expedited, Hurd wrote in the review.