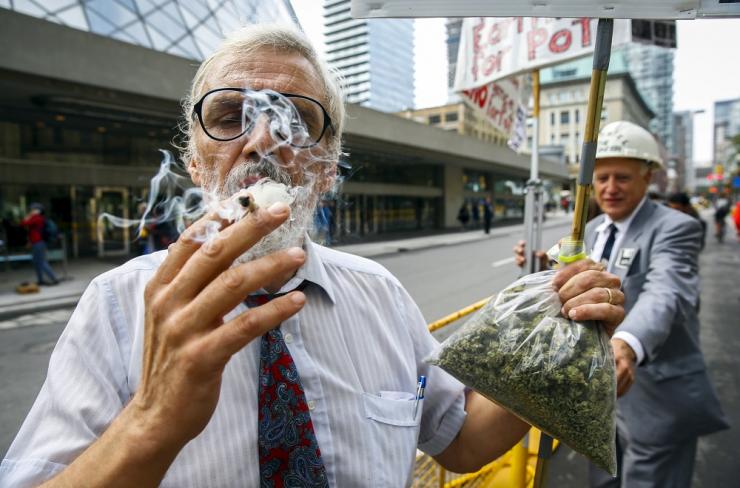 Though marijuana is considered a panacea for curing ailments, a study has found that THC induces cognitive laziness. And CBD doesn’t block these effects of THC. This post from International Business Times highlights what the researchers say about the negative effects of THC on human brain.

A new study has suggested that smoking cannabis can make one lazy. Marijuana users may perform less in education and work because of their reduce willingness to exert themselves.

Scientists at University of British Columbia administered cannabis’ main brain-affecting ingredient, tetrahydrocannabinol (THC), in rats. The researchers found that the rats opted for an easier task with smaller reward than a complex task with a much greater reward.

Study lead Mason Silveira said that THC did not affect the rats’ ability to carry out a complex task. It’s just that they simply didn’t want to perform it.

“Perhaps unsurprisingly, we found that when we gave THC to these rats, they basically became cognitively lazy,” Silveira said in a statement.

Cannabis commonly procured to get high for recreational purposes contain much higher levels of THC than medicinal cannabis used for treatment purposes. In fact, medical marijuana contains the chemical cannabidiol (CBD) that is better for the brain. The study was published in the Journal of Psychiatry and Neuroscience.

THC has been previously linked to psychosis and anxiety. It has also been associated with problems related to attention, memory and learning. However, the new study suggests that cannabis does not make affect the ability to complete tasks. It just makes them less motivated.

The study also found THC causing changes in the medial prefrontal cortex, a part of the brain involved in decision-making. As per the researchers, the findings may explain why cannabis has been linked to poorer performance, lower earnings and poor job prospects.

Researchers also looked at the effect of CBD and found that the chemical did not have any effect the rats’ attention or decision-making. CBD also did not block the negative effects of THC. CBD in cannabis is believed to be effective in treating epilepsy, acute pain and even cancer.

Senior author of the study and an associate professor in UBC’s department of psychology, Catharine Winstanley, said even though marijuana is considered a panacea that can cure ailments, more research is needed on the compound THC and its effect on human brain.

Photo Credit: Activist Ray Turmel holds a bag of medical marijuana while he smokes a marijuana cigarette, as he calls for the total legalization of marijuana, outside the building where the federal election Munk Debate on Canada’s Foreign Policy is being held in Toronto, Canada, September 28, 2015. Reuters/Mark Blinch