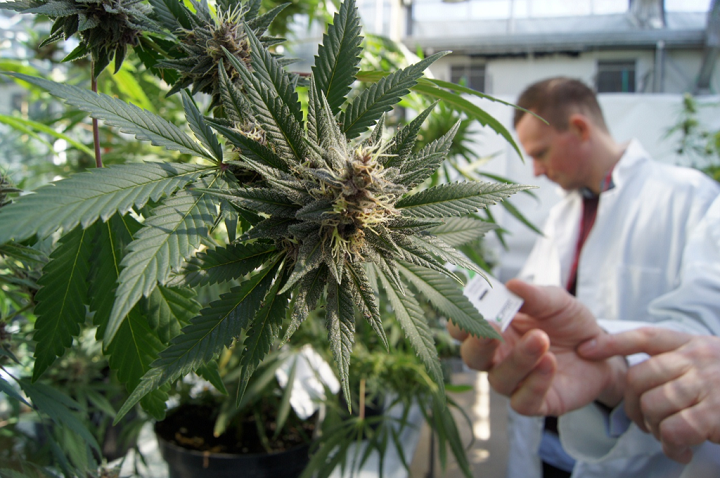 CBD, the non-psychoactive cannabinoid, is of the greatest interest to many researchers. This post from Synchro presents the case for CBD as a mental performance and therapeutic tool.

If you’ve been paying attention to the natural health world the past few years, you will surely have noticed that therapeutic/medicinal uses of cannabis are being discussed more-and-more every month.

And for good reason. Thanks to a dramatic increase in research in the past 5 years, the body of data we now have on therapeutic uses of cannabis is as staggering in size as it is promising.

Cannabis and its primary bioactive compounds, referred to collectively as cannabinoids, have successfully been used to treat everything from arthritis to diabetes to epilepsy.

While the cannabinoid THC has historically received the bulk of the attention due to its well-known psychoactive properties, it is actually the non-psychoactive “secondary” cannabinoid, cannabidiol (CBD) that is of the greatest interest to many researchers, myself included.

Before we dive into why CBD is so intriguing as a therapeutic or performance-enhancing tool, let’s take a step back and look at the function of cannabinoids in the body.

(the next couple sections will be quite useful if you want to understand how CBD works in the body, but they also get a bit technical, so feel free to skip ahead)

Endocannabinoid is short for “endogenous cannabinoid” – which essentially means it is a system of signaling molecules and receptors produced by and native to our own bodies.

The endocannabinoid system is one of the more recent systems to discovered within our own bodies, with the first receptors being discovered only in the late 80’s.

A couple of decades later, we’re still very much in the infancy of understanding this system and its role in the body. Researchers have identified the importance of the endocannabinoid system immune function, pain management and appetite control among other things, but the exact mechanism of these actions is still being parsed out. [1]

My own sense of this after analyzing who-knows-how-many dozens of studies on CBD, is that the overall function of the endocannabinoid system is to maintain balance in the nervous system. Here’s why:

In the nervous system, almost all signaling molecules move with the direction of the synaptic firing – that is from the neuron sending the signal to the one receiving it.

Endocannabinoids, on the other hand, are relatively unique in being “retrograde transmitters” – meaning they travel in the opposite direction of synaptic flow (from signal-receiving-neuron to signal-sending-neuron).

This neuron-level feedback mechanism is likely at the core of the balancing effect endocannabinoids have on our nervous system.

How Does CBD Effect Our Endocannabinoid System?

The interaction of CBD with our body’s endocannabinoid system is complex.

Unlike THC, CBD has a low affinity for our endocannabinoid receptors, so its activity does not come from direct action on these receptors.

Instead, CBD increases the activity of our own endocannabinoid signaling molecules in the nervous system. CBD does this by 1) increasing cannabinoid receptor density and 2) by inhibiting a key enzyme that breaks down our endocannabinoid signaling molecules (particularly anandamide).
What I find most intriguing, however, is that CBD also interacts with the serotonin receptor 5-HT(1A), which appears to produce the anxiety-relieving, antidepressant and neuroprotective effects we’ll touch upon later.

CBD For Inflammation, Pain and Arthritis

Some of the best researched applications for CBD are in the management of pain and inflammation.

CBD For Intestinal And Cardiovascular Health

Why I Personally Supplement With CBD Every Day…

As impressive is the list is above, none of these are necessarily the reason I’ve included CBD in my daily supplementation.

As a (very) healthy 30-something with a pretty well-dialed diet, pain- and disease-management thankfully aren’t top priority for me. Instead, my diet and supplementation are optimized around mental performance, mental and physical energy and emotional well-being.

With this in mind, the effects and benefits listed below should paint a pretty clear picture why CBD has become such an integral part of my own supplementation.

As I mentioned above, CBD not only interacts with the endocannabinoid system, it also is a partial agonist of the 5-HT(1A) serotonin receptor. It is the effects that result from this interaction that are largely what I value so greatly in CBD.

My CBD Supplement Of Choice

First, a word on the legal status of CBD. CBD oil, if derived from a psychoactive cannabis plant, would still be considered “scheduled” (i.e. not legal) in the US.

Thankfully in the past few years, a number of innovative manufacturers have started deriving very clean, high-quality CBD oil from organic industrial hemp. Because industrial hemp (and all of its derivatives, like CBD oil) are FDA approved and legal, these hemp-derived CBD products are legal for sale in all 50 states.

I’ve tried about a dozen hemp-derived CBD products over the past few months, and one stands out head-and-shoulders above the rest in potency, both for inflammation- and pain-reduction and for mental performance.

SOL CBD Liposomal Cannabidiol has been my daily CBD supplement of choice for the past few months – the effect is noticeably different (i.e. better) than any non-liposomal CBD oil product I’ve tried.

It’s admittedly bit pricey, but I’ve found 7-9mg of CBD per day is ideal for me, so a bottle lasts me about a month and a half.

There’s quite a bit more information about SOL CBD Liposomal Cannabidiol on their website, which you can find here.

Source: The Case For CBD (Cannabidiol) As A Mental Performance And Therapeutic | Synchro