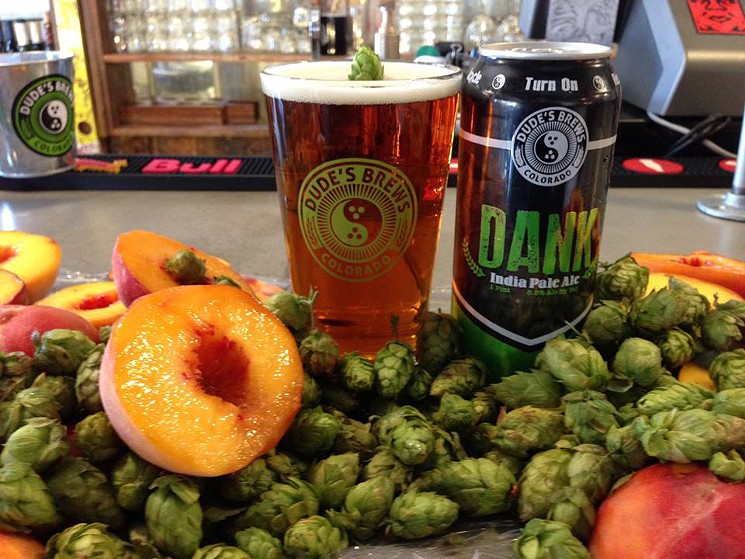 A Colorado brewery is set to launch a CBD infused beer, first of its kind, at the Great American Beer Fest coming up next month. This post from Westword discusses the choppy journey of several hemp beers and pot-themed beers being made in America.

Sativa IPA won’t get you high, but it will almost certainly cause a healthy buzz at the Great American Beer Festival next month. The beer, made by Dad & Dudes Breweria in Aurora, is infused with cannabidiol oil, a non-psychoactive hemp extract. Although there are several hemp beers made in the United States, this may the first beer made with CBD.

The brewery, which already makes an IPA called Dank, is also brewing a stronger CBD-infused beer called Indica Double IPA, which will only be available at the brewery. The two beers are part of the company’s new Canna-Beer Series, which was started as a way to acknowledge and support Colorado’s booming marijuana industry. “I think beer and cannabis should should be treated equally,” says Dad & Dudes co-founder Mason Hembree, who adds that he is a longtime supporter of the National Organization for the Reform of Marijuana Laws, or NORML. “Alcohol has also gone through its fair share of prohibition and misunderstanding. And I think Colorado is leading the way nationally when it comes to reform, and I hope we keep moving in that direction.”

Nevertheless, Sativa IPA and Indica Double IPA – which are named for the two species of marijuana that cause an energetic or mellow high, respectively – won’t contain pot. Rather, they’ll be made with a large amount of cannabidiol, which is extracted from the cannabis plant and sold by companies in Colorado and California.

“This is a 100 percent legal product nationwide,” Hembree says. “It wasn’t an easy process. I have been working on this for like two years, and we had been pussyfooting it, for lack of better words, until finally I said, you know, let’s just do it.”

Sativa, at 5 percent ABV, and Indica, at 10 percent ABV, will be brewed with the same piney, resinous hops that Dad & Dudes used for Dank, West Coast varieties that have an aroma reminiscent of marijuana. The CBD itself doesn’t impart much flavor. 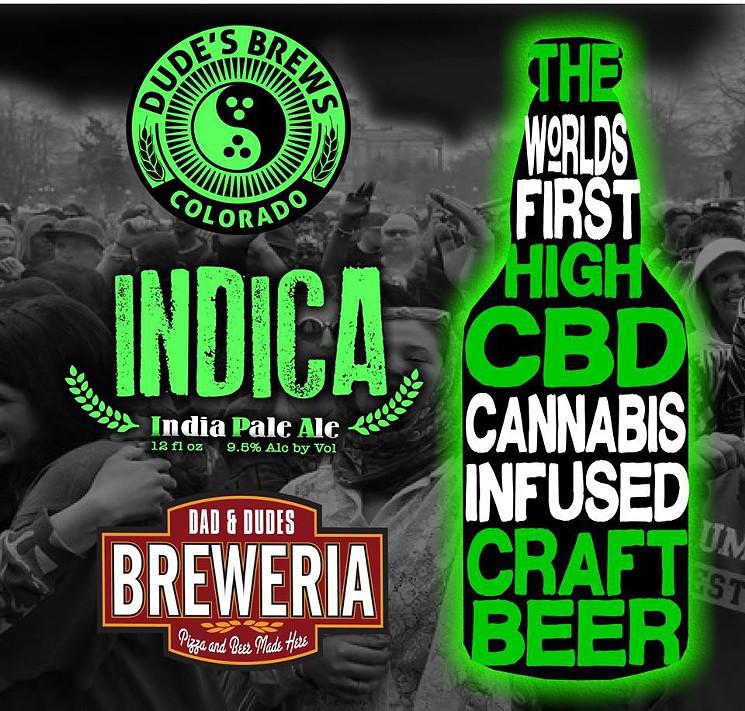 Commercial brewers can’t make marijuana-infused beers, even in Colorado, since breweries are licensed by the federal Alcohol and Tobacco Tax and Trade Bureau, and pot is still illegal nationwide. Making pot-infused beer is also cost-prohibitive for now.

A few other breweries have run into trouble with the TTB – which also has to approve most beer labels on cans, bottles and kegs – for giving their beers pot-themed names. The most famous examples are California-based Lagunitas Brewing’s Kronik, which was changed to Censored, and Michigan-based Dark Horse Brewing’s Smells Like Weed IPA, which became Smells Like a Safety Meeting IPA.

While most brewers have shied away from direct ties to the pot industry in Colorado, a few, like Oskar Blues and Ska Brewing, make clear references to pot either in their marketing materials, their packaging or in small promotions. Oskar Blues, in particular, has released a couple of beers that are drenched in marijuana-related themes, like Pinner Throwback Session IPA and Oskar Blues “Blue Dream” IPA.

Dad & Dudes doesn’t plan to package Indica or Sativa at the moment, but if the brewery does, it could avoid that problem by only distributing the beers in Colorado so that they don’t have to receive TTB approval, Hembree says.

Even then, the names may give some people pause. Hembree says the Colorado Department of Revenue’s Liquor Enforcement Division paid him a visit in 2012 after the release of Dank to make sure there was nothing illegal in the beer. He’s also received blowback from another major Colorado brewer, though he wouldn’t say which one. “He told me I would ruin the beer industry,” Hembree says. “Obviously, I haven’t.”

The first of the two beers, Indica, will be brewed next Thursday. It will then make its debut at GABF, where Hembree says he expects a positive response. “I think that 95 percent of the people in the industry will look at this at least in a neutral light, if not positively,” he predicts. “It will get people’s brains moving as well.”

And it won’t hurt that his booth is located right next to that of Lagunitas.