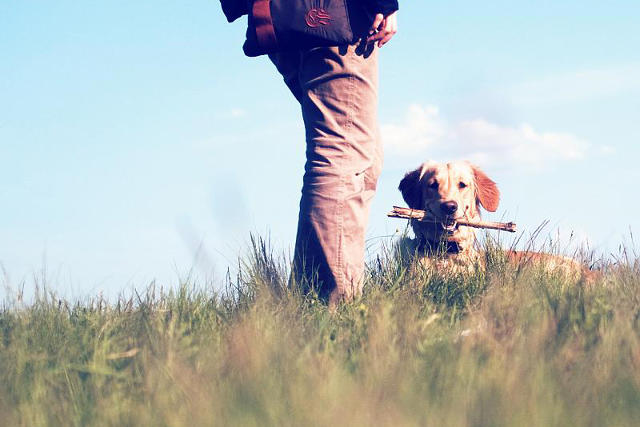 Companies selling CBD-infused pet dietary supplements and cannabis edibles are aiming for a sizeable chunk of the substantial pet-wellness market. This post from Fast Company highlights the CBD-based treats for pets that are beginning to flood the market.

Ichigo, a Yorkshire Terrier-poodle mix, hadn’t been himself recently.

His owner, Krishaniana Jimenez, a student and retail employee who lives in the Bronx, had fractured her ankle, and since then, her dog sat anxiously or paced “like a man waiting for his child to be born.”

“It could be a regular night,” Jimenez says, “and Ichigo was bugging out.”

She took him to a veterinarian named Dr. Steve Katz who recommended sprinkling a formula containing cannabidiol (CBD), a chemical found in marijuana and industrial hemp, over Ichigo’s food. Since then, Jimenez says Ichigo’s pacing has stopped and his focus has returned.

In addition to working as a vet, Katz is an elected member of the New York State Assembly, and he recently teamed up with Dixie Elixirs and Brands, one of the more prominent cannabis brands in Colorado, to create Therabis, a line of pet dietary supplements containing CBD.

Starting in November, Therabis will be selling three CBD-based pet supplements online, based on formulas Katz has developed. The domestic pet-wellness industry, a category that doesn’t include ordinary pet food or supplies, is worth $3.2 billion annually, says Dixie CEO Tripp Keber. “It’s a real big market that we intend to take a chunk out of.”

It’s not quite as straightforward as that. Like so much in the cannabis world, we only have imperfect information about CBD. According to the Food and Drug Administration, marijuana has no valid medical uses in humans or animals. But 23 states allow medical marijuana in some form, and CBD is the compound most associated with the plant’s medicinal benefits.

For decades, it has been difficult for researchers in the U.S. to study the plant, and as a result much of the evidence about CBD’s alleged benefits is anecdotal. To bolster the science surrounding CBD, Therabis says it will be working with the University of Pennsylvania to conduct trials on dogs, which could begin before the end of the year. There are also a number of human CBD trials under way, and the Nasdaq-listed company GW Pharmaceuticals markets a drug called Sativex, which contains CBD and THC, marijuana’s primary psychoactive ingredient, in the U.K. and other countries to treat MS-related muscle spasticity. GW is researching the drug’s potential to treat other conditions.

“I think science is playing catchup at this point, and this is why we don’t make any claims about this product,” says Julianna Carella, CEO of Auntie Dolores, a California company that sells cannabis edibles and CBD-infused pet treats. “Most of the feedback that we receive is from pet owners and dog owners that have anxious dogs, and dogs with social anxiety, separation anxiety. Perhaps they’re fearful during snowstorms, thunderstorms, rainstorms, traveling in the car, visits to the vet, that kind of thing.”

Even so, she said the company is rebranding its CBD treats as suitable for more kinds of animals: “Llamas, birds, you name it.”

Within the growing legal cannabis industry, CBD has a reputation as a kind of miracle compound, with the capacity to mitigate conditions as diverse as diabetes, anxiety, and arthritis. Most famously, it has received attention as the active ingredient in the marijuana strain Charlotte’s Web, which has reportedly relieved severe seizure disorders in children. This is a big reason CBD is a driving force behind the legalization of medical marijuana. As momentum increases towards marijuana legalization—Ohio will vote on medical and recreational use in November, and a raft of states including California are expected to vote on recreational legalization next year—CBD supplements for humans have the potential to become a lucrative offshoot category.

“To be very, very clear, there is no euphoria” produced by Therabis products, Dixie’s Keber says. “So Fluffy is not going to be high.” Therabis and Auntie Dolores use CBD derived from industrial
hemp, a marijuana-like plant with minimal THC content. While CBD is not illegal, the controlled-substances act bans the growing of hemp. So companies selling it in the U.S. tend to import CBD in concentrated form from Europe.

CBD is also expensive. For many years, underground marijuana growers had an incentive to boost their plants’ THC content to maximize potency. At Holistic Hound, a pet-care store in Berkeley, California, a bag of 40 Treatibles, each containing 1 milligram of CBD, costs $24, owner Heidi Hill says. By contrast, a Berkeley marijuana dispensary sells $5 cookies containing 40 milligrams of THC, enough to keep a person in orbit for a long afternoon. And since CBD has not yet achieved full scientific endorsement, still relatively little is known about what might be the appropriate dosing for pets or their human companions.

Dianne Krenzer, a manager at Holistic Hound, says Treatibles containing 2.5 milligrams of CBD have done wonders for her pit bull, Fred. (She pays for Fred’s CBD herself.) “He’d go to the park, he was fine with every dog, he would interact with them and play with them.” Once, when Fred had to go without, he was “visibly stressed, his eyes were red, he was panting.”

“I picked up a replacement bag of the treatable, and within 20 minutes, he was relaxing.”