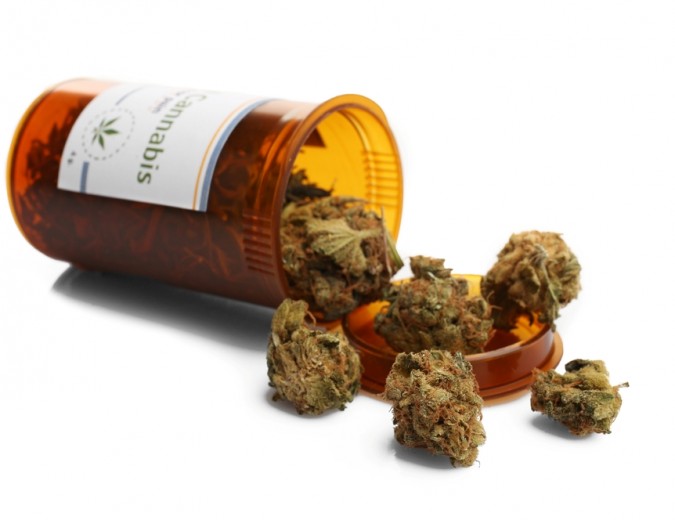 Cannabidiol (CBD)  — a non-psychoactive phytocannabinoid derived from the cannabis plant — is gaining traction in medical circles and the public eye as increasing amounts of scientific literature confirm its medicinal qualities. These include CBD’s ability to stave off inflammation, curb anxiety, depression, PTSD, psychosis, and seizures.

In the introduction, the authors note:

“Breast cancer is the second leading cause of cancer-related death in women in the United States. Conventional treatment options are often limited by toxicity or acquired resistance, and novel agents are needed. We analyzed the effects of theCannabis sativa constituent, cannabidiol (CBD), a potent, natural compound with reported activity in breast cancer cell lines, and elucidated its effects on key neoplastic pathways.

Later on in the paper, they write:

“We found that CBD inhibited the survival of both estrogen receptor-positive and estrogen receptor-negative breast cancer cell lines and induced apoptosis in a concentration-dependent manner. Moreover, at these concentrations, CBD had little effect on MCF-10A cells, nontumorigenic, mammary cells. These data enhance the desirability of CBD as an anticancer agent, because they suggest that CBD preferentially kills breast cancer cells, while minimizing damage to normal breast tissue.”

If CBD continues to shine in the laboratory as research continues, it holds the potential to augment or replace conventional treatments, such as chemotherapy, which often cause significant harm to healthy cells and may catalyze undesirable and potentially devastating side effects.

The authors of the paper explain that CBD coordinates apoptosis and autophagy, resulting in the death of breast cancer cells. Apoptosis (cell suicide) plays a vital role within our bodies. It is a form of cell death that facilitates the elimination of old and unhealthy cells without the release of harmful substances. Autophagy (cell recycling) is another normal physiological process by which the body breaks down unwanted cells. It maintains our homeostasis, or balance, by aiding the degradation of old cells and the formation of new ones.

Cannabinoids, the molecular family in which CBD belongs, work by binding to certain cell receptors that make up the human endocannabinoid system. These are the CB1 and CB2 receptors. Interestingly, the paper notes that CBD induced its anticancer effects independent of the activation of these receptors, prompting the authors to state that:

“Many cannabinoids mediate their effects by binding to CB1, CB2, or the vallinoid receptor (3, 4); however, our results indicate that CBD induces PCD independent of these receptors. This is a promising area for future investigation in that identifying the receptor through which CBD mediates its anticancer effects may better inform the design of novel drugs with a mechanism of action similar to CBD.

“In this study we showed that CBD induced both apoptosis and autophagy-induced death in breast cancer cells. PCD by apoptosis is well-documented, whereas autophagy-mediated cell death is a relatively recent discovery, and there is much to be learned about the factors that prejudice autophagy toward self-protection or self-destruction.”

Reset contacted biochemist Dennis Hill, who successfully treated his own cancer using cannabis, to find out more about CBD and how it interacts with the human endocannabinoid system:

“CBD is a metabolic sibling of THC, in that they are alike in many ways but are also different in important properties,” explains Hill via email. “First we see that CBD has no psychotropic effects and there are few CB2 receptors in the brain and peripheral nerves. There appears to be a broader therapeutic profile associated with CBD, which is listed here [See chart below].” 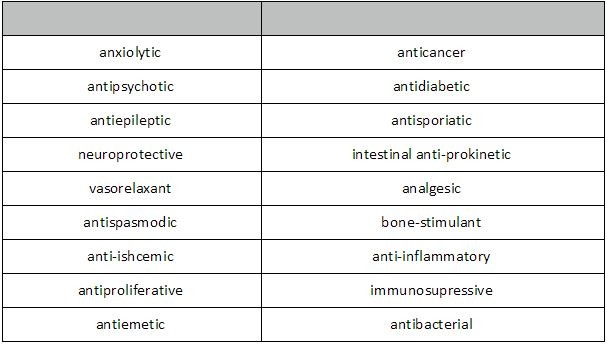 “One of the most important health benefits of cannabinoids is their anti-inflammatory property,” Hill continues. “In this, they are strong modulators of theinflammatory cytokine cascade. Numerous disease states arise out of chronic inflammation; such as, depression, dementias including Alzheimer’s, cancer, arthritis and other autoimmune disorders…

“Cannabinoids, being immunomodulators, interrupt the cytokine inflammatory cascade so that local inflammation does not result in tissue pathology. Thus we are spared morbid or terminal illnesses. If our own endocannabinoid system can maintain metabolic homeostasis and even cure serious disease, why are we plagued by illness?

“We know that the body produces only small amounts of anandamide and 2-AG — enough to maintain the body but not enough to overcome chronic stress, illness, injury, or malnutrition. Cannabis is the only plant we know of that produces phytocannabinoids that mimic our own endocannabinoids. One of the great benefits of this mimetic medicine is that cannabinoids are essentially natural to our biology and do no harm to our tissues and systems.

“It is well known that most diseases of aging are inflammatory in origin, thus making cannabis the best anti-aging supplement we could take to avoid arthritis, dementia, hypertension, diabetes, osteoporosis, and cancer. This is our key to good health and long life.”