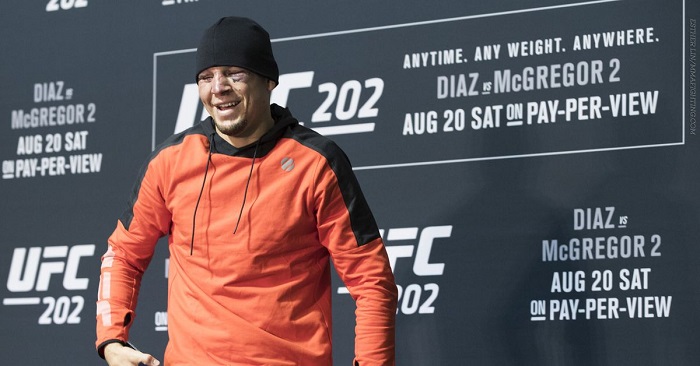 CBD will not be prohibited in-competition by WADA from 2018, though THC will continue to be on the prohibited substances list. Read more in this post from MMA Fighting!

Nate Diaz would be proud.

Cannabidiol will be removed from the World Anti-Doping Agency (WADA) prohibited list beginning in 2018, WADA announced Friday. Cannabidiol, most commonly known as CBD, is a cannabinoid contained in cannabis. Currently, all cannabinoids are prohibited in-competition by WADA.

CBD was brought to light for MMA fans by Diaz in 2016. After falling to Conor McGregor by majority decision in the main event of UFC 202, Diaz was seen using a vape pen at the post-fight press conference. When asked about it, Diaz said he was vaping CBD.

“It’s CBD,” Diaz said. “It helps with the healing process and inflammation, stuff like that. So you want to get these for before and after the fights, training. It’ll make your life a better place.”

Cannabidiol, unlike fellow cannabinoid THC, does not have psychoactive properties. Instead, it is used mostly for medicinal use, to treat pain, anxiety and inflammation.

Diaz was given a public warning by USADA, the UFC’s anti-doping partner, because he admitted use of cannabinoids in competition. At the time, USADA’s in-competition window ended six hours after the fight. That, too, has changed. Earlier this year, the UFC and USADA changed the UFC’s anti-doping policy to make it so the in-competition window closes after the post-fight drug test is taken.

“Cannabidiol is no longer prohibited,” WADA wrote on its website. “Synthetic cannabidiol is not a cannabimimetic; however, cannabidiol extracted from cannabis plants may also contain varying concentrations of THC, which remains a prohibited substance.”

Here’s the Summary of Major Modifications and Explanatory Notes.

Source: CBD will no longer be prohibited by WADA beginning in 2018 – MMA Fighting