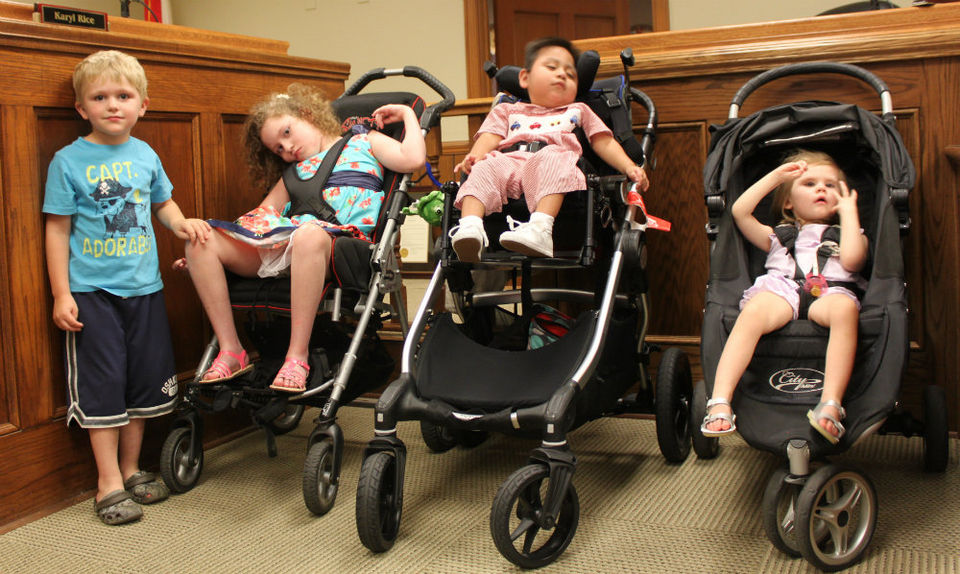 In this post from AL.com, Martin J. Reed reports that Carly Chandler, the young girl who inspired Carly’s Law is expected to soon receive her first treatment of cannabidiol.

One of the latest patients to begin the University of Alabama at Birmingham’s study known as Carly’s Law that uses a marijuana-derived medication to treat severe seizures is the young girl who inspired the legislation.

Carly Chandler, the 4-year-old from the Birmingham area who has a rare genetic disorder that causes multiple seizures daily, is expected to soon receive her first treatment of cannabidiol, also known as CBD, her father, Dustin Chandler, said in an interview.

“It’s almost a little bit of shock that it’s actually here,” Chandler said, thinking about when he had walked the halls of the Alabama Legislature almost two years ago to start generating support for allowing use of the experimental medication to treat seizures.

After hearing about success stories elsewhere in the country where it’s legal to use, Chandler and his wife, Amy, wanted to use the treatment for their daughter who has CDKL5.

A pediatric patient received the first dosage of cannabidiol, also known as CBD, on April 1 and the first adult patient started the treatment April 2 through the study, Dr. Jerzy P. Szaflarski, a neurology professor and director of the UAB Epilepsy Center, said in an interview this month.

As of late last week, six patients had been enrolled in UAB’s study: three in the pediatric group and three in the adult group. The study — among the largest of its kind in the nation — will allow 50 adults and 50 children to use the experimental medication.

Although the CBD medication comes from marijuana, it does not create the intoxicating properties associated with the drug.

Chandler said the acceptance letter for Carly to participate in the study arrived about two weeks ago. Her initial visit with a doctor as part of the study should allow her to take her first dose of CBD, which is administered orally as a liquid.

“What’s great is the doctor is overseeing this and to me as a parent that is highly important that we do this responsibly as far as CBD oil or any kind of product coming from this plant since there’s only been anecdotal evidence,” he said.

He wonders about what could happen to Carly by using CBD: Will there be adverse reactions with other drugs she’s taking? Will it even work to decrease her seizures?

“Several parents that I’ve spoken to have seen a reduction in seizures but also a reduction in severity level of the seizures — and obviously we hope that Carly sees that — but there have also been some results showing slight improvement in cognitive ability, more attention,” he said.

Szaflarski earlier in April said patients under the study will take the CBD oil twice a day while UAB officials monitor them for signs of progress. Patients will come in for visits every two weeks, at which time doctors can prescribe an increased dosage.

“I just hope people benefit and we open our minds to different medications,” Chandler said. “For the people that are rejected out of this study, it’s something that not only the Alabama Legislature needs to look at but also the federal government to allow more research into these types of medication, and we need to do it in a responsible manner and with the medical community and our doctors being our guidance.”

via The girl who inspired Carly’s Law will soon get marijuana-derived CBD for treating seizures | AL.com.