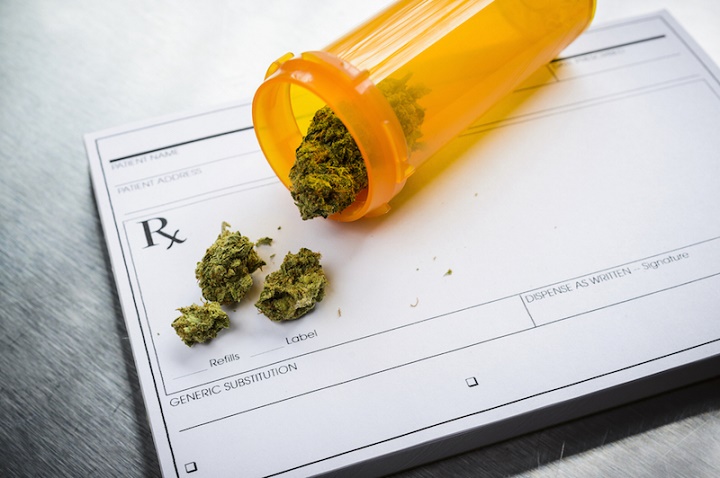 Cannabidiol, which is found in marijuana, may help people who get certain types of seizures. This post from Live Science shares how CBD treatment benefited the patients.

A drug made from marijuana that does not produce a “high” may help reduce seizures in people with certain types of epilepsy that are difficult to treat, new research suggests.

In two new studies, researchers tested the drug, which is a purified solution of cannabidiol (CBD), a compound found in marijuana. Although CBD affects the brain, it does not produce euphoria or intoxication, according to the National Institute on Drug Abuse.

One study involved 120 children with a rare and severe form of epilepsy called Dravet syndrome that had caused them to experience at least four seizures in the past month. The children were randomly assigned to take either the CBD medicine or a placebo, twice a day. After 14 weeks, the patients in the CBD group experienced a 39 percent reduction in the frequency of their seizures on average, compared with a 13 percent average reduction in the placebo group.

The other study involved 171 children and adults with a type of epilepsy called Lennox-Gastaut syndrome. The participants in that study also took either CBD or a placebo for 14 weeks. To be included in that study, participants had to experience at least two “drop” seizures a week. Drop seizures mean they went limp and fell to the ground.

The finding suggests that CBD may be able to help treat patients with epilepsy who haven’t benefited from standard epilepsy medications, the researchers said. [Mixing the Pot? 7 Ways Marijuana Interacts with Medicines]

The CBD medicine “is not a silver bullet, but there are children who benefit from this more than they have from other treatments,” Dr. Elizabeth Thiele, who worked on both studies and is the director of the Pediatric Epilepsy Program at Massachusetts General Hospital, said in a statement.

The patients in the new studies had tried four to six other anti-epilepsy drugs, which hadn’t helped their seizures. During the studies, they continued taking any other drugs they were already on — an average of three anti-epilepsy drugs — along with the CBD or placebo treatment.

The findings add to previous research suggesting that Epidiolex can reduce seizures in patients with epilepsy. The new studies were more rigorous than earlier ones, because the new studies included a placebo group, while the earlier studies had not.

However, some patients in the new studies experienced mild to moderate side effects while taking CBD, including drowsiness, diarrhea, decreased appetite, fatigue, fever and vomiting. About 8 to 10 percent of patients experienced serious side effects that were thought to be related to the drug, including abnormal levels of liver enzymes.

Epilepsy patients who take CBD should be monitored closely, and have routine blood and liver tests, the researchers said. Patients may need to adjust other medications they are taking during their CBD treatment, they said. [25 Odd Facts About Marijuana]

A third, separate study tested the CBD medicine in 81 patients who had any type of epilepsy and had already tried at least four anti-epilepsy medications that hadn’t helped their seizures. More than half (58 percent) of these participants experienced a 50 percent reduction in their seizure frequency, and a small number (9 percent) were seizure-free after the six-month study, the researchers said.

Still, not all patients benefited from the CBD treatment, and a few got worse, said study researcher Dr. Jerzy Szaflarski, director of the University of Alabama at Birmingham Epilepsy Center. Szaflarski said that more research is needed to determine why CBD helps some patients with epilepsy, but not others.