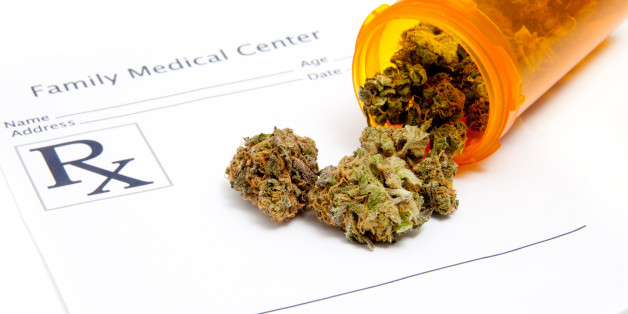 A progressive city that supported access to marijuana way back in 1998, is all set to betray medical marijuana patients and strip the residents’ rights gained from Initiative 71. This article from The Huffington Post highlights DC’s rolling back of patient rights, even as a record number of states move forward with medical marijuana programs.

This week, the Council of the District of Columbia is scheduled to vote on final passage on a bill that would ban all marijuana consumption (in any form) in all places (public or private) to which the public is invited. Meaning, in practice, marijuana consumption will be banned everywhere other than private residences. Any individual who consumes marijuana beyond a private residence will be guilty of public consumption, a criminal misdemeanor punishable by up to 60 days in jail. This legislation goes so far as to require the Mayor to revoke the certificate of occupancy of any facility where the public is invited when a single patron is caught consuming marijuana on its premises.

This legislation will negatively impact all District residents and deals a particularly heavy blow to medical marijuana patients. Currently, the District’s medical marijuana laws protect patient consumption “at a medical treatment facility when receiving medical care for a qualifying medical condition, if permitted by the facility”. This allows hospitals to treat their patients with compassion. For instance, a patient receiving chemotherapy could be allowed to consume physician-recommended marijuana tincture to alleviate nausea post-treatment. The most vulnerable patients – those critically ill or facing long periods of hospitalization – benefit the most from this protection. Without the ability to return home such patients rely completely on hospital services, including the ability to consume physician-recommended medical marijuana within a medical treatment facility where they are receiving care. The bill the Council will vote on this week overrides those components of the medical marijuana law, eliminating protections for patients and treatment facilities. Under the new proposed law, if a patient were to consume their medication beyond a private residence they will be guilty of a criminal misdemeanor and could face up to 60 days imprisonment. The fact an individual is a registered patient is not a recognized defense.

It’s difficult to believe that a city that was once on the cutting edge, authorizing access to medical marijuana by ballot initiative back in 1998 and now overseeing one of the most progressive medical marijuana programs in the country, is about to betray patients and those who care for them. Equally shocking, it was less than two years ago that District residents overwhelmingly adopted Ballot Initiative 71, which legalized adult use, possession and cultivation of marijuana. The ballot measure placed no restrictions on adult consumption. If the Council moves forward with a ban, they will be stripping not only patients’ rights, but the rights all residents gained from Initiative 71’s passage. Once the Council passes this ill-advised legislation they will not be able to restore patients’ rights down the road, due to a Congressional rider that prohibits enacting legislation that would “reduce penalties” associated with marijuana.

If the Council passes Bill 21-0107 this week the District will be abandoning reform and returning our city to failed prohibition policies, turning innocent patients into criminals and punishing those who show patients compassion. Our elected officials should be working to expand our rights, not take them away. This is a defining moment for the Council; with one vote they can erode medical marijuana patient protection laws that have been in place for two decades – or they can stand up for our rights. Councilmembers should vote to table Bill 21-0107 and work to establish venues for patients and residents alike to consume safely and legally.