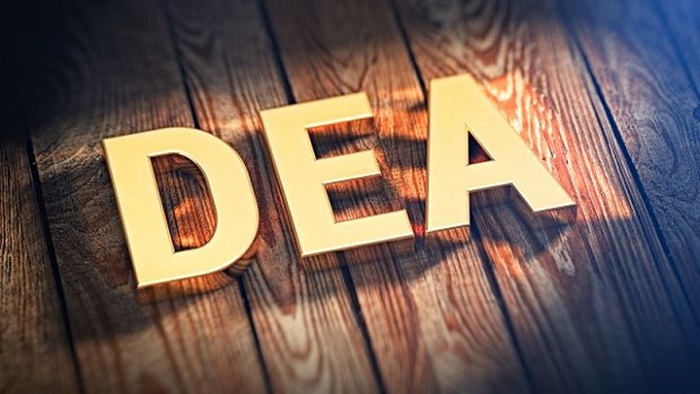 DEA’s new rule threatens to destabilize the market for hemp products, especially cannabidiol, and hemp industry is not happy! This post from Natural Products Insider sheds light on the hemp attorneys wanting dialog with DEA over CBD.

Hemp lawyers who moved to block the implementation of a Drug Enforcement Administration (DEA) rule related to marijuana extracts said they are willing to enter talks with the federal agency.

“We would love to entertain discussions with the DEA,” said Patrick Goggin, a hemp attorney in San Francisco who worked on the Jan. 13 petition for review before the U.S. Court of Appeals for the Ninth Circuit. “We anticipate filing an administrative petition with them, but we’re not guaranteed any … particular time frame for a decision on that or even a hearing. But we would love to sit down and chat with them—but that’s going to require the DEA to reach across and meet us halfway in those discussions.”

The Hemp Industries Association (HIA), and two other plaintiffs, sought relief in the Ninth Circuit in response to a DEA rule that threatens to destabilize the market for hemp products, especially cannabidiol (CBD)—a non-psychoactive substance found in cannabis plants. CBD is frequently sold in “dietary supplements” despite an adverse opinion by FDA, and it has been the subject of ongoing research around the globe to treat a variety of medical conditions from cancer to epilepsy.

In December 2016, DEA announced a final rule to create a new Administration Controlled Substances Code Number for marijuana extract—clarifying in response to a comment submitted to the agency that CBD would fall within the new drug code. Marijuana extracts would continue to be treated as Schedule I controlled substances, DEA asserted.

The ruling, hemp lawyers said, flouted the Controlled Substances Act (CSA) and Section 7606 of the Agricultural Act of 2014, otherwise known as the Farm Bill.

“The DEA’s attempt to regulate hemp-derived products containing cannabinoids lawfully sourced under the CSA, and farmed and produced under the Farm Bill in states like Kentucky and Colorado, is not only outside the scope of their power, it’s an attempt to rob us of hemp’s economic opportunity,” said Colleen Keahey, executive director of HIA, in a statement.

DEA explained the new drug code would enable the agency to separately track quantities of marijuana extract, assisting in compliance with relevant treaty provisions. But the agency’s move has produced more far-reaching consequences, according to the hemp industry.

“The industry was in the midst of becoming more … mainstream and within the normal channels of commerce … but because of this rule, there’s been a retraction by those channels,” Goggin said. “And it’s created a lot of concern, fear and confusion within the marketplace.”

Bob Hoban, a Colorado-based lawyer who also worked on the petition on behalf of the plaintiffs, said the lawsuit’s objective is not to simply prove DEA is mistaken.

“This is not about telling the DEA they’re wrong and then moving on,” he said in an interview at his law office in downtown Denver the same day the petition was filed. “The idea is there is a dialogue that needs to happen here. There’s … a negotiation.

“Objective number 2 is [to] invalidate or withdraw this rule because at the end of the day, the rule is written incorrectly,” he said.

Even before DEA published its rule, the cannabis lawyer said he was aware DEA didn’t distinguish between marijuana and hemp.

“But there seems to be this vast ignorance of what cannabinoids are and that there are, in fact, exempt parts of the plant that can yield cannabinoids, and that the Farm Bill application is exempted from federal law,” Hoban explained.

DEA and the U.S. Justice Department declined to comment on the lawsuit.

However, in a written statement issued before the lawsuit was filed, DEA declared CBD was being produced and marketed in violation of the CSA and the Federal Food, Drug & Cosmetic Act (FD&C).

“Because it is illicitly produced by clandestine manufacturers, its actual content is uncertain and will vary depending on the source of the material,” the agency said. “However, it is generally believed that the material is an extract of a variety of the marijuana plant that has a very high ratio of … CBD to tetrahydrocannabinols (THC).  Because this extract is a derivative of marijuana, it falls within the definition of marijuana under federal law.  Accordingly, it is a Schedule I controlled substance under the CSA.”

Since CBD is not an FDA-approved drug, it is a Schedule I controlled substance, and the FD&C prohibits any practitioner from providing the material to human beings for the purposes of research without first submitting an Investigational New Drug (IND) application to FDA, the agency further explained.

DEA also has indicated the hemp industry’s reliance on the Farm Bill is inappropriate.

“Section 7606 of the Agricultural Act of 2014 authorizes institutions of higher education (e.g., universities) and state Departments of Agriculture to grow and cultivate ‘industrial hemp’ (defined under the Act as marijuana with a THC content of 0.3 percent or less) for agricultural research purposes where permitted under state law,” DEA acknowledged. “However, the Agricultural Act of 2014 does not permit such entities, or anyone else, to produce non-FDA-approved drug products made from cannabis.”

Hoban acknowledged CBD is an unlawful substance if it comes from the marijuana flower. However, he said the substance is lawful under a variety of circumstances.

Goggin, the San Francisco attorney, has experience suing DEA on behalf of the hemp industry—and winning. In 2003 and 2004, HIA prevailed in two related cases against DEA in the Ninth Circuit.

The first case filed by HIA involved a 2001 “interpretive rule” published by DEA, which declared “any product that contains any amount of THC is a Schedule I controlled substance.” Goggin said DEA sought to argue its interpretive rule was a clarification. But the Ninth Circuit held in 2003 that DEA could only ban THC naturally occurring within non-psychoactive hemp products by adopting a legislative rule that would be subject to notice and comment procedures.

DEA adopted final rules purporting to regulate foods containing natural and synthetic THC. But in reaching its conclusion above, the three-judge panel of the Ninth Circuit determined DEA failed to follow procedures of the CSA required for scheduling.

“In the current case, they’re [DEA officials] saying, ‘No … CBD cannabinoids … they’ve long been scheduled,’” Goggin explained. “And that’s DEA’s opinion, but … just because they say that’s their opinion and … that that is so doesn’t make it so.”

The current case isn’t likely to be resolved anytime soon, short of a negotiation between the hemp industry and DEA. Goggin said opening briefs are due April 3, and he doesn’t expect a decision by the Ninth Circuit before 2018. But hemp lawyers are hoping to broker a solution that both the industry and law enforcement can live with.

“Contrary to popular belief,” Hoban said, “the industry is professionally run, it’s focused on compliance, and it wants to solve these problems.”

“We don’t think that there shouldn’t be a marijuana extract rule,” the lawyer concluded. “We just think it should track the Controlled Substances Act, which is fundamental in my mind, but apparently not in terms off the process that’s taken place so far.”